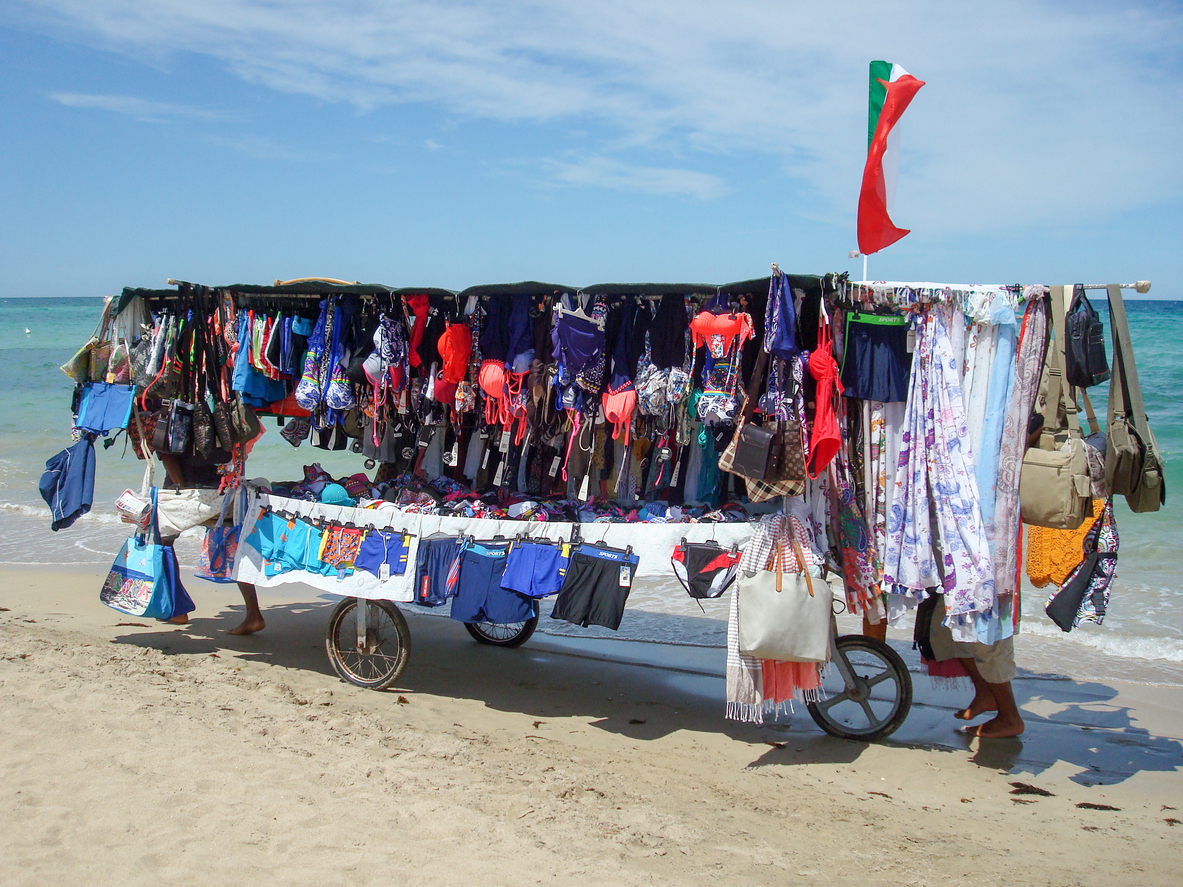 Home Europe Italy Be careful where you buy souvenirs from Italy, you could be fined

Tourists planning a holiday, be careful where you buy souvenirs from Italy.  A new set of measures will soon be put in place that can fine you for buying counterfeit goods on the beach.

To be called the “safe beaches” drive, it looks to stop the sale of counterfeit goods on the beaches of Italy, primarily by illegal migrant traders. It was put forward in a report by Conferscenti, a trade lobby. The report claims that this kind of black market trade has turned into a €22 billion ($25.75 billion) industry. This, in turn, causes the government €11.5 billion ($13.4 billion) in tax from tourists annually.

Italian Interior Minister, Matteo Salvini, who is head of the hard-Right League party and deputy prime minister, has not taken this loss of revenue from counterfeit souvenirs from Italy. He believes that those selling fake goods are evading tax and damaging legitimate businesses.  He plans to “Stop to the invasion of ‘vu cumpra”. The phrase ‘vu cumpra’ is a derogatory term for migrant vendors who largely come from West Africa and Bangladesh.

Tourists in Italy could be fined thousands

Controversially, Salvini plans to use EU funds to reinforce a collaboration between national and municipal police forces along Italy’s coast, according to Italian daily La Stampa. They will also target hubs for the production of counterfeit goods, especially in the cities of Naples and Prato.

Counterfeit shoes, bags, clothes and accessories are being targeted specifically.  More than 500,000 of these items have been seized by Italian law enforcement since 2017. Over 10,000 people have also been arrested.

The financial newspaper Il Sole 24 Ore reported that the new law would see illegal vendors fined up to €15,500 ($18,142). While customers who buy counterfeit goods could also be hit with a fine of up to €7000 ($8194). It’s not just illegal souvenirs from Italy. Tourists who pay for massages and tattoos from unauthorised vendors along the beach will also be fined an as yet unspecified amount.