More
Home Europe England This fall, get a taste of the Dark Arts at the Warner... 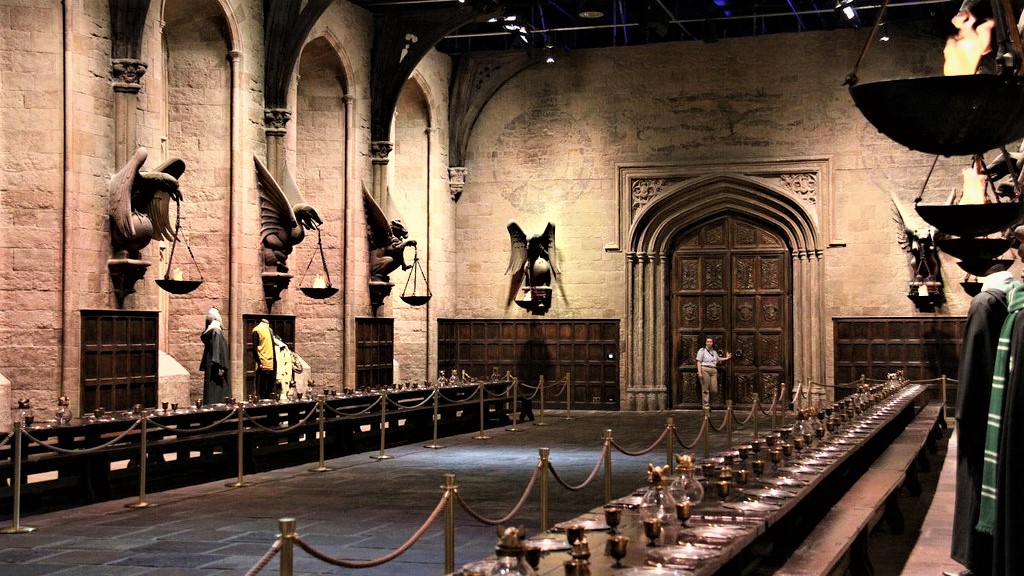 You will soon get a chance to explore the dark side of the Wizarding World. This Hallowe’en at the Warner Bros Studio Tour London a new special feature dedicated to the Dark Arts will explore everything from Death Eaters to duels.

From the 28 September to 10 November, fans can be a part of costume evenings, Hallowe’en feasts, and wand combat. For the Hallowe’en season, the iconic Great Hall set will be decorated with a feast of “red apples, pumpkins and cauldrons of lollipops,” and over 100 floating pumpkins, as it was in Harry Potter and the Philosopher’s Stone. They will be hand carved individually by the Prop Making Department and Head Propmaker Pierre Bohanna.

On the 6th and 7th of October, fans can come dressed as their favourite characters and enjoy unique photo opportunities and giveaways. They can be anything from a witch, wizard, Muggle or even a creature. This exclusive ‘Celebration of Costume’ event is only happening on these two nights 6:45 p.m. onward. After the event, visitors can continue on the Dark Arts feature.

Another part of the feature is where fans can have an interactive learning experience with Wand Choreographer, Paul Harris, and learn wand combat moves, before taking part in “an exciting live duel with Death Eaters in the Studio Tour’s backlot.” They can also see how the massive Battle of Hogwarts scene was created as the Death Eaters stormed the Hogwarts Bridge.

Even the original Death Eater costumes will be on display. Voldemort’s followers were each given unique hand-painted masks reflecting their personality, as well as wonderful embroidered robes. Fans can get an up-close look at their intricate details at the new feature at the Warner Bros. Studio Tour.

Visitors can also learn behind-the-scenes secrets about how all kinds of slime and goo were created onscreen with “vats of slimy Troll snot, buckets of dribbling drool (of the three-headed dog variety) and pools of silvery unicorn blood” that will be on show. They can also walk down a specially darkened Diagon Alley.

Tickets for the Dark Arts feature must be pre-booked. All extra featuresand activities, including the costume evenings, will be a part of the ticket price. Tickets can be purchased at the Warner Bros Studio Tour official website.