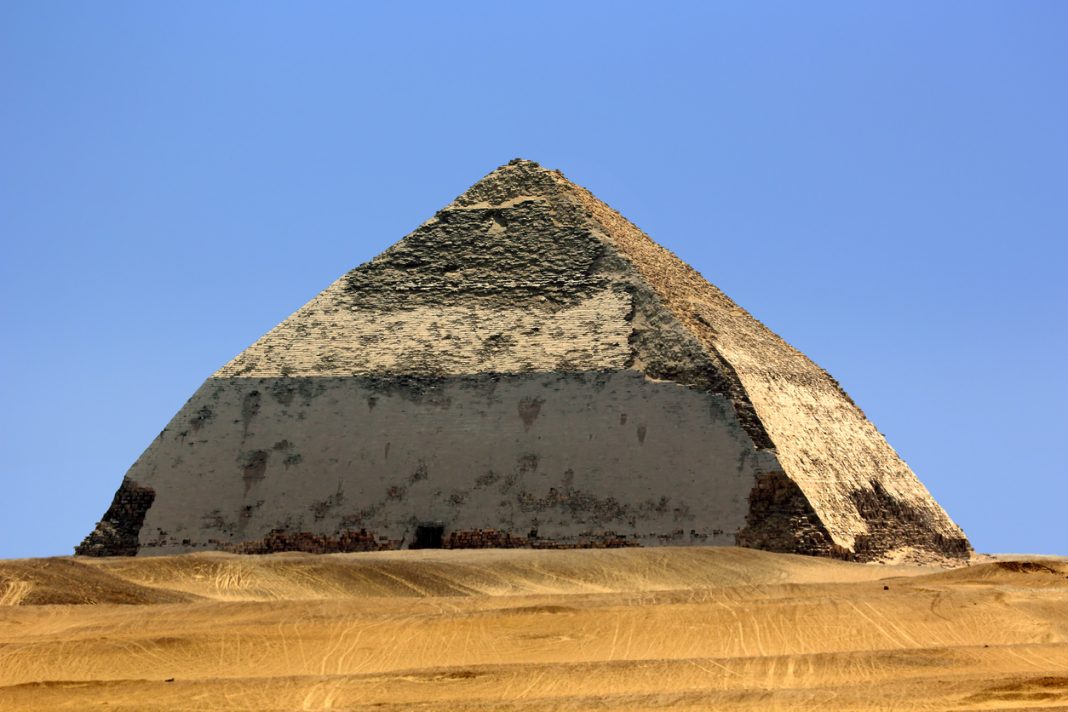 For the first time in over 50 years, two pyramids built by Ancient Egyptians, including the Bent Pyramid are being opened to the public. The Egyptian Ministry of Antiquities made an official announcement last week, reports LiveScience.

The Bent Pyramid and its satellite in the Dashur royal necropolis are more than 4,000 years old. They are situated about 25 miles (40 kilometres) south of Cairo. The ministry also revealed its newest discoveries of stone, clay and wooden sarcophagi. Some of these contained mummies with wooden funerary masks. Other findings dated back to the time of Alexander the Great.

The Bent Pyramid and the other pyramids in the Dashur royal necropolis are officially recognised as World Heritage sites with UNESCO.

The Bent Pyramid was restored by the Ministry of Antiquities

The Ministry of Antiquities project department restored the Bent Pyramid (331-foot-tall) and its satellite during their closure. The restoration process included work on the internal and external stairs and the addition of a lighting network. Further, some of the stonework in the corridors and burial chamber were also repaired.

The Bent Pyramid was built in 2600 B.C. by the Pharaoh Sneferu during the Old Kingdom. This one-of-a-kind structure’s architecture is a transition between the Djoser Step Pyramid and the Meidum Pyramid. Both of these date back to around 2600 B.C., Antiquities Minister Khaled al-Anani said in a statement. 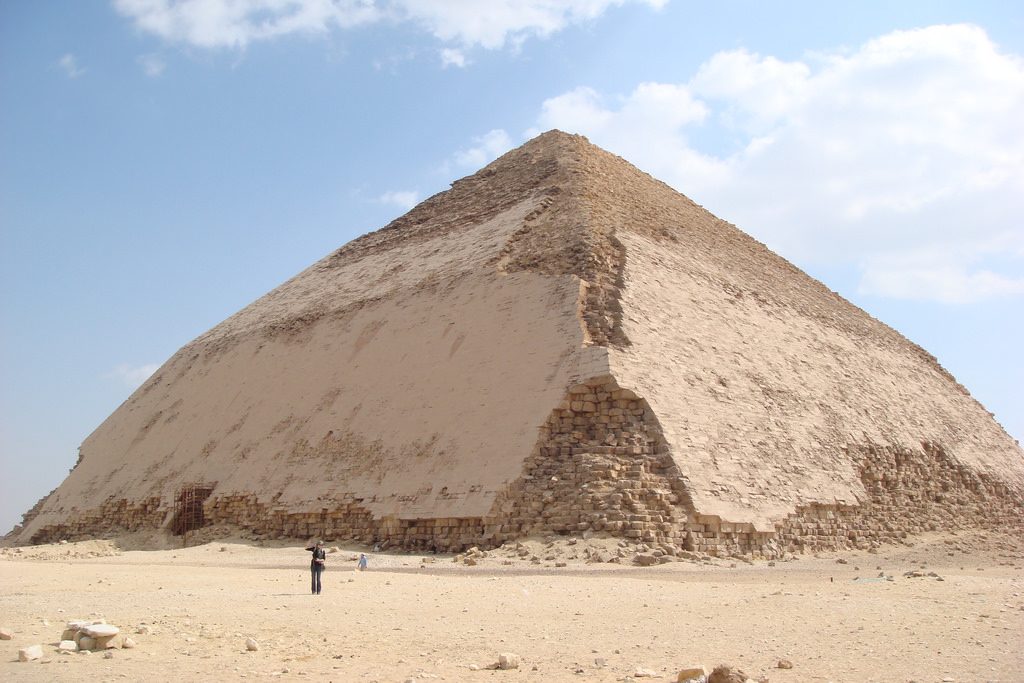 How did the Bent Pyramid get its name?

The Bent Pyramid has a distinct top and bottom half. The bottom half is still covered with its original limestone casing. The sides rise at a 54-degree angle and later tapers off at a 43-degree angle toward the top. This is what gives it its ‘bent’ look.

Also Read: Visit These 11 Pyramids Around The World

Additionally, the ministry announced that archaeologists had found remains of an ancient wall dating back to the Middle Kingdom, about 4,000 years ago. This 200-foot-tall (60 m) wall sits south of another pyramid from the 12th dynasty pharaoh King Amenemhat II.