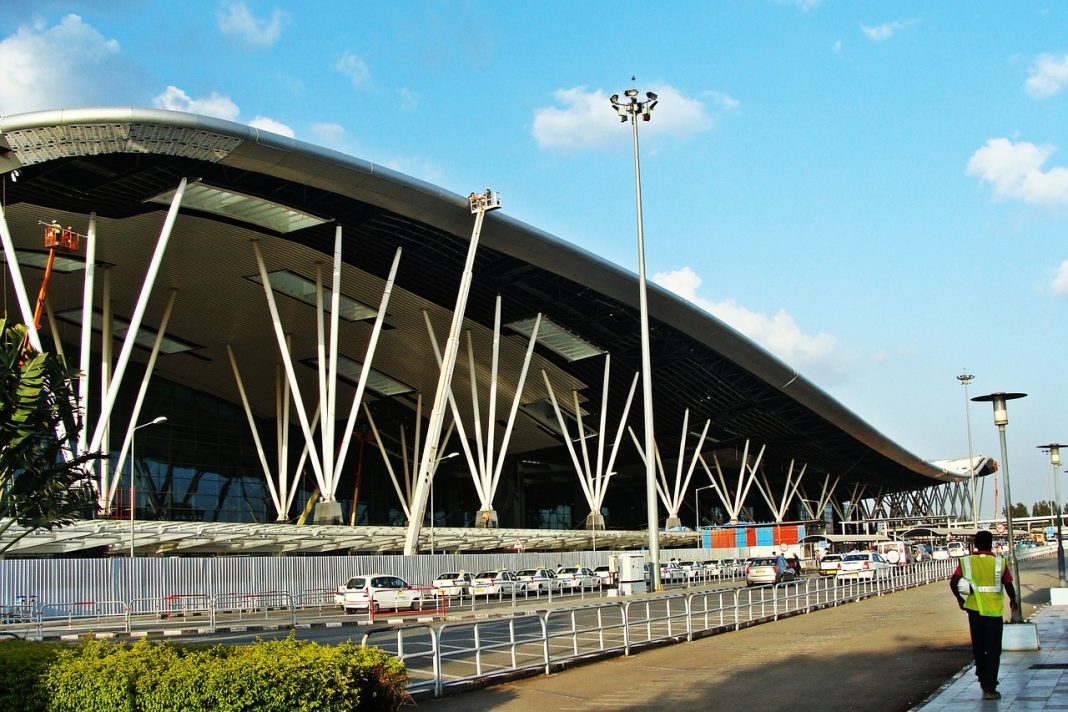 A fire broke out at the Bengaluru International Airport premises (or ) in the early hours of Wednesday. No casualties or major injuries were reported, according to The News Minute. Airport officials also confirmed that there was no disruption of flight operations owing to the fire.

A spokesperson for the company that runs the airport, Bangalore International Airport Limited, said in a statement, “There was a fire-related incident at a food and beverage outlet, away from the terminal, at the Bengaluru airport campus in the early hours of Wednesday, May 29. Trained personnel on the scene extinguished the fire using firefighting equipment.”

Continuing they said, “No one was injured in the incident and it had no impact on airport operations. An in-depth fire-safety audit is being carried out. The affected area has been cordoned off and temporarily closed.”

The fire at Bengaluru International Airport

No official cause for the fire has been revealed by the airport authorities. A video was uploaded on YouTube which showed the fire engulfing a section of the airport. Security staff can be seen grappling with the fire and attempting to douse the flame with in-situ water hoses. The video also shows that the blaze was successfully contained.

Kempegowda International Airport in Bengaluru is presently the busiest airport in all of south India. It is also the third largest airport in the country. It has been announced that the airport is gearing up for some major renovations. Its domestic and international lounges will also be shut temporarily from the start of June for the same.

This refurbishment project will be executed in two phases spanning 18-20 months. A JV between Gate Group and Travel and Food Service (TFS), India – the new lounge operator – will take over operations. Presently, the international airport has four lounges – two at International Security Hold Area (SHA) and two at Domestic SHA.