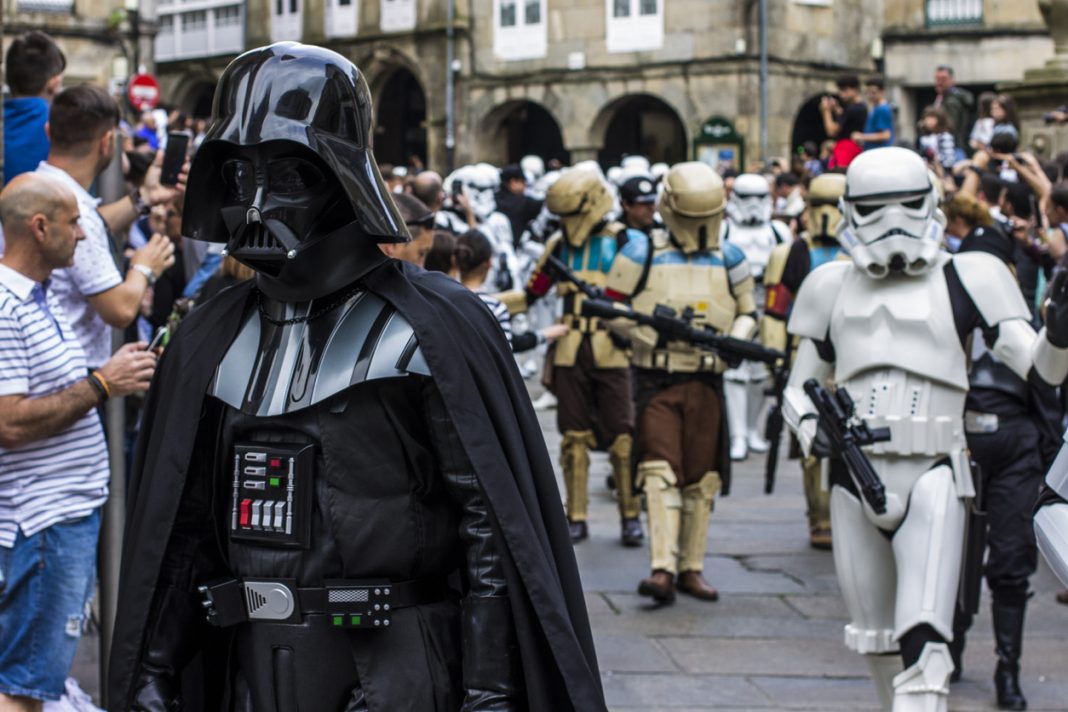 Disneyland opened a new 14-acre Disney theme park: Galaxy’s Edge, on May 31st in Anaheim, California to take its guests to a galaxy far, far away.

As doors opened for the first time on Friday, the guests could take a ride on Millennium Falcon; build their own lightsabers; eat fried Endorian tip-tap; and drink Luke Skywalker’s favourite drink.

There are two main attractions for the visitors: Millennium Falcon Smugglers Run and Rise of the Resistance. While Millennium Falcon is already wowing people where you can fly a replica spaceship, with different roles for pilots, some gunners and some engineers as part of the ride, the second attraction called Rise of the Resistance will be opening later at the end of 2019 in phase two. According to the reports, it will also put the visitors in the middle of a climactic battle between the First Order and the Resistance; including a face-off with Kylo Ren onboard a Star Destroyer.

The park is centred on a fictional planet called Batuu. Just last week as the BBC reported, Disneyland Resort president Josh D’Amaro shared the first image of the finished park and the entire team on Instagram ahead of the opening later this week. He wrote: “So proud to introduce you to the inhabitants of Batuu! I want to thank this amazing team for their incredible dedication and passion.”

The construction of this fictional planet reportedly cost $1 billion (£773 million) and will feel uncannily real. According to another media report, a number of fans were disappointed after it was announced that until June 23, all Disneyland guests who get a reservation that includes Galaxy’s Edge (Disneyland hotel stay required) will only have a 4-hour window to explore the 14-acre Star Wars playground.

Thankfully, after 23 June, reservations will no longer be required. Reports also say that Disneyland Resort will implement a virtual queuing system when needed.