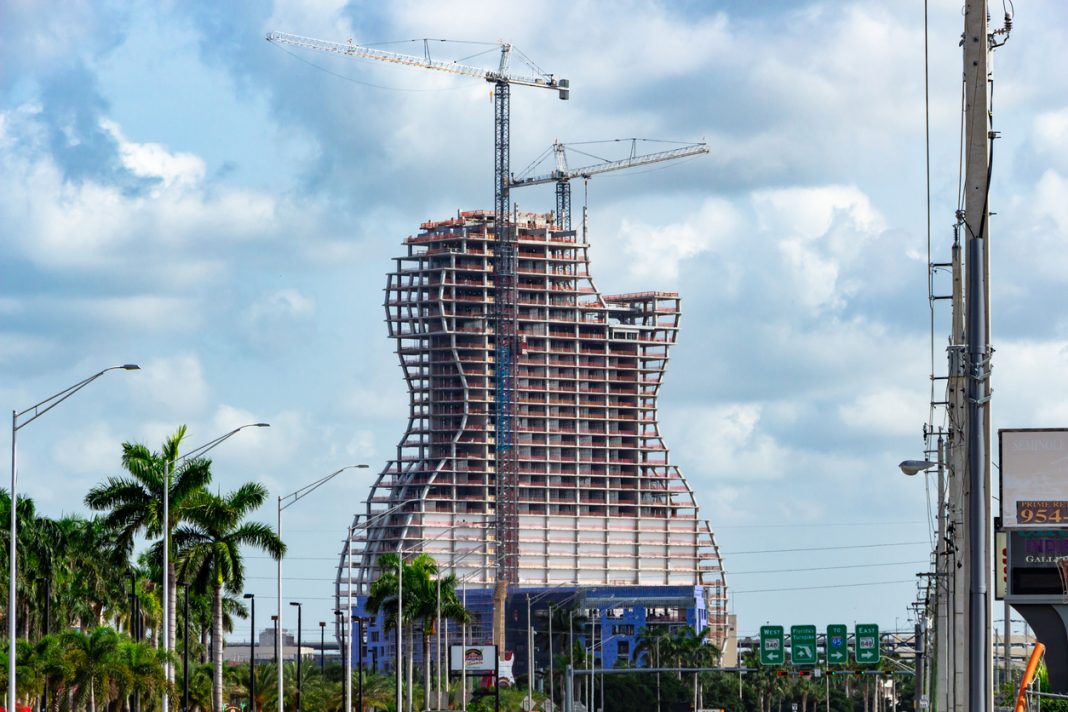 The Hard Rock chain of hotels and casinos are all set to make their guests get a real taste of the rock ‘n’ roll lifestyle. The brand going to open the world’s first guitar shaped hotel in Florida reports CNN.

The $1.5 billion hotel is going to be a part of a $2.2-billion expansion of the current Seminole Hard Rock Hotel & Casino locations in Tampa and Hollywood, Florida. The massive 400-foot hotel is built in the shape of the body of a guitar making it an interesting addition to the huge list of eccentric hotels all around the world.

What does the quirky new hotel in Florida have to offer?

The hotel will include palatial rooms starting at 515 square feet; some rooms will be swim-up suites and villas partially submerged in water. Adding to the luxury, butler service and a private pool will also be included. Also, guests can lounge by a 10-acre lagoon-style pool, grab a drink at a 12,000-square-foot rooftop bar and unwind at a 41,000-square-foot spa. The new establishment will also have a comedy theatre, 14 restaurants to dine at and 3,000 slot machines and 228 game tables at the casino.

The most interesting feature of the new hotel is the rebuilt, 7,000-seat concert venue, Hard Rock Live. This huge venue will host more than 100 shows a year including boxing matches, concerts, theatre shows and lots more. More than $125 million is being spent only on this space.

Jim Allen, chairman of Hard Rock International revealed, “The Hard Rock brand is stronger today than it ever has been,” adding that the brand “represents more than food, beverage and a place to stay.”

The grand opening is scheduled for October 24 this year and the band Maroon 5 is set to headline the event. Room reservations can be made as early as July 24.