Heavy rains in Mumbai have paralysed the entire city. Due to the incessant showers, over 54 flights have been diverted to a nearby airport, reports India Today. Further, the main runaway remains closed today (Tuesday).  This was done because a SpiceJet flight from Jaipur to Mumbai overshot the main runway while landing at the Mumbai airport due to the massive rainfall. Many flights have also been cancelled.

The second runway is being used for flight operations according to airport officials. Because of the decreased functionality of the runways, various subsequent flights have been diverted to Ahmedabad and Bengaluru. 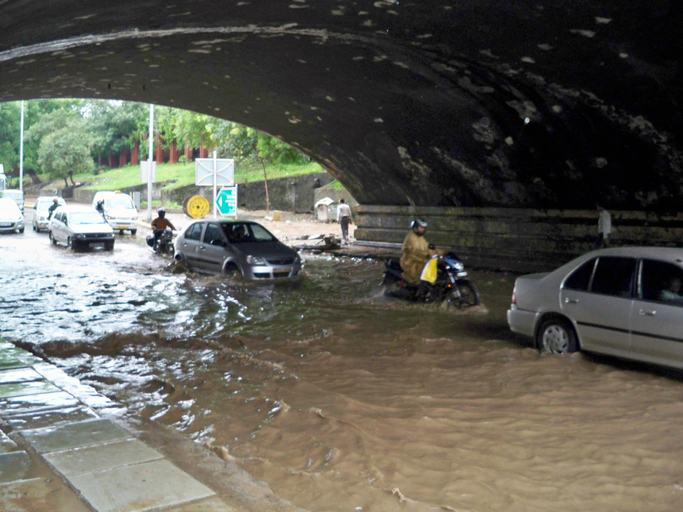 The downpour has tragically caused the death of 16 people overnight. The collapse of a compound wall on hutments due to heavy rainfall at Malad East, in Mumbai Monday night caused the fatalities.

Public holiday declared in the city due to heavy rains

Due to the continuous rain, the Maharashtra government has declared a public holiday on July 2 (Tuesday). In a late night order on Monday, the municipal commissioner announced that all the schools and colleges will remain shut on Tuesday.

#WATCH Maharashtra: Andheri Subway in Mumbai is closed due to flooding in the area. #MumbaiRains pic.twitter.com/9J4hNyzQTn

The downpour will continue for the next few days. An official at the India Meteorological Department (IMD) Pune said, “In the coming 4-5 days monsoon will be vigorous in Maharashtra, especially in the northern parts of the state, it will also be active in the southern parts of the state. Konkan Goa will get widespread rain during these 5 days.”

If you’re stuck in Khar/Santacruz West, i can host 4-5 people comfortably. I have 2 dogs and plenty of food, clean water and dry towels/clothes. #MumbaiRainsLive#MumbaiRains
My DMs are open.

The Maharashtra government has declared that only emergency services will remain functional in Mumbai due to the rains. Road traffic and railways have been severely affected. 58 buses were stuck in the water, out of which 42 were removed. Almost 152 buses have broken down on the road. Several trains have been either rescheduled or cancelled.  Citizens in Mumbai have taken to social media to offer shelter to people stuck in the rain.