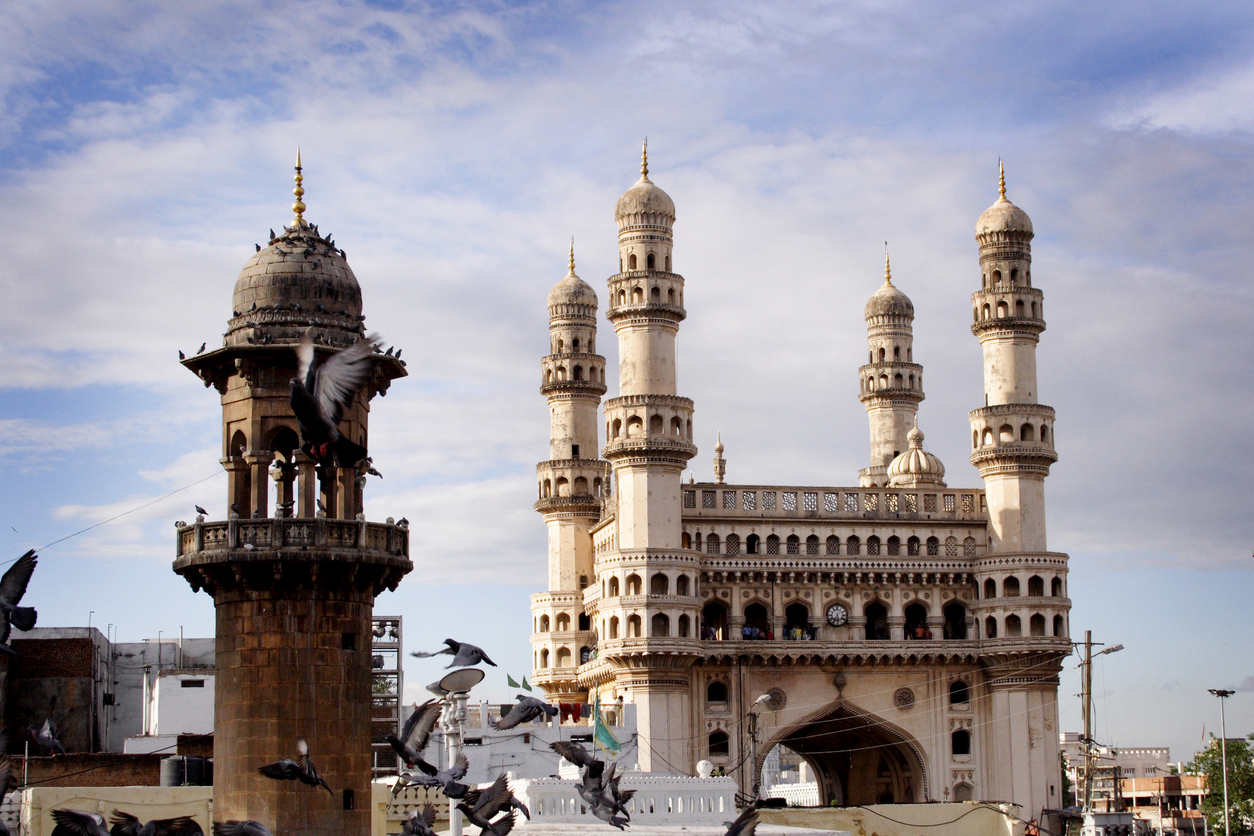 Charminar, the iconic monument in Hyderabad has suffered damage on Wednesday. A chunk of lime-plaster from its south-west 56-metre-tall minaret broke and fell to the ground. This has raised concerns about the stability of the 428-year-old monument. The size of the lime-plaster that came off the minaret was about 2.5 meters/0.8 meters.

The exact reason for the damage isn’t known but heritage conservationist Mohammad Safiullah said that it could have happened due to gales and heavy rain that hit the city a few days ago. There were a few cracks noticed in the north-eastern part of the monument as a result of water logging due to the rainfall some years ago.

After the incident, the local police rushed to see the damage caused. They sealed the area and informed the Archaeological Survey Of India (ASI).

“the damage has taken place due to the monument’s erosion over a period of time and nobody, in particular, can be blamed for it.”

He also told Mint that the plastering on the monument is not original. It was redone in 1924 by Nizam, Mir Osman Ali Khan.

“About two decades ago, a similar incident took place on another minaret. I have also been asking the Greater Hyderabad Municipal Corporation (GHMC) to not undertake any heavy machinery work. But I’ve learnt that they used it to demolish a building a few days ago,”

There are major concerns arising among the heritage lovers about the safety of this iconic monument. Since the monument is old it needs to be taken care of more. It already is cracked and has a danger of getting even more damaged.

Also read: Hyderabad Tour From Mumbai Can Now Be Taken Every Thursday