More
Home Europe Italy Italy Hit With The Worst Rainstorm. Venice Submerged And In A State... 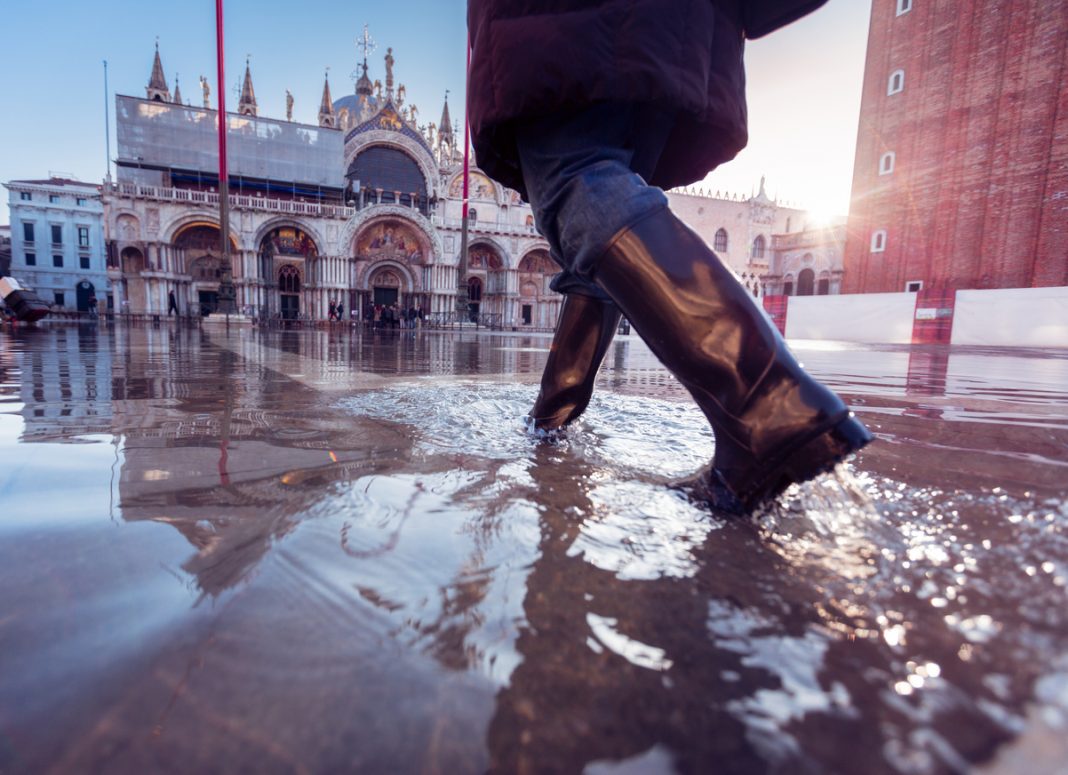 Italy has been hit by the worst rainstorm in years closing down several southern cities including Taranto, Brindisi, and Matera, as well as the Sicilian cities of Pazzallo and Noto, according to the national weather service. Also, hitting Venice with the highest tide in more than 50 years, submerging St Mark’s Basilica.

Tourist can be seen wading through flooded streets to seek shelter as a fierce wind whipped up waves in St. Mark’s Square. The intense “acqua alta” or high waters, peaked at 1.87 metres (six feet) as the flood alarms sounded across the Italian city of canals. Mayor Luigi Brugnaro tweeted: “We’re currently facing an exceptionally high tide. Everyone has been mobilised to cope with the emergency. The fear of a few hours ago are now being replaced by an assessment of the damage done”.

The vestibule of the Basilica was also inundated with water, and authorities planned to watch the building overnight. With the city sitting between 3-4 feet, since 2003 a massive infrastructure project has been underway to protect the city, but it has been troubled by cost overruns, scandals and delays. Only once since 1923 has water crept even higher reaching 1.94 metres in 1966. The city was declared a state of calamity by Brugnaro.

Photos from Venice’s worst flooding in 50 years are truly terrible. And an even higher tide is on the way. pic.twitter.com/2bFyoLUc4r

As emergency services took to the canals to survey the damage, reports of a 78-year old local haven been killed by electric shocks as the water poured into his house surfaced. Images of rich tapestries piled onto tables, while water lapped over tables and chairs set out for aperitifs bobbed along the alleyways can be seen.

Brugnaro further tweeted “Even today, facing tides that mark negative records. Tomorrow we will declare a state of calamity. We ask #Governo to help us, the costs will be high. These are the effects of climate change”.

Further adding on that “a wound that will leave a permanent mark” for the city of Venice and its people. Even though much of Italy has been pummelled by torrential rains in the past few days, with widespread flooding, especially in the southern heel and toe of the country, further bad weather has been forecasted for the upcoming days.