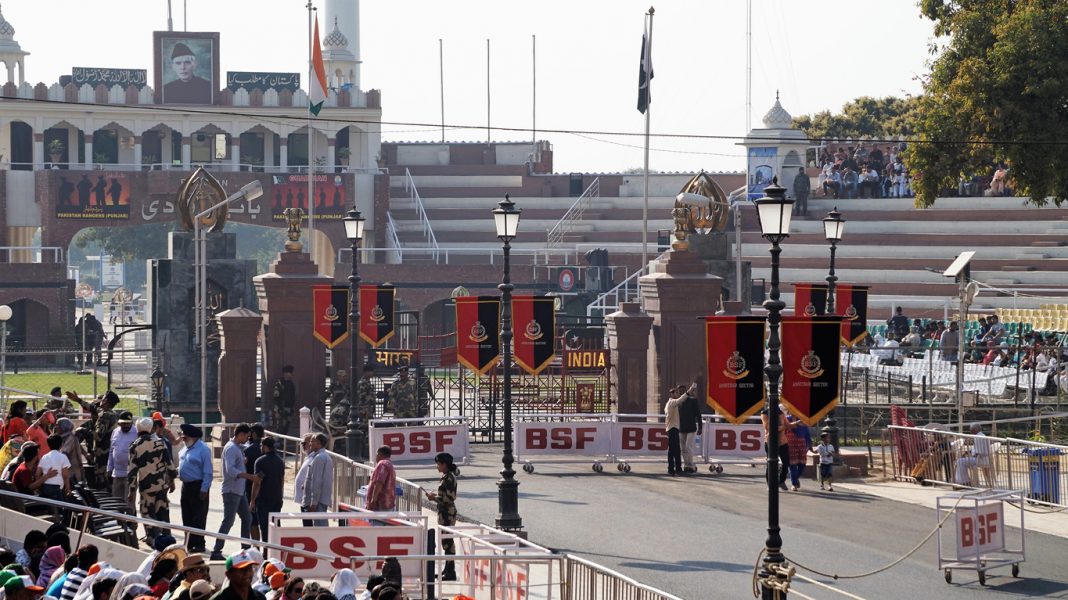 India and Pakistan have agreed to allow the Kartarpur corridor to operate visa-free daily with a limit of 5,000 pilgrims per day. It will also be open to pilgrims of Indian origin who are citizens of other countries reports Indian Express.

What is the Kartarpur corridor?

The Kartarpur corridor is a proposed corridor connecting the Sikh shrines of Dera Baba Nanak Sahib (located in Punjab, India) and Gurdwara Darbar Sahib Kartarpur (in Punjab, Pakistan). The corridor was first proposed in 1999 by the prime ministers of India and Pakistan, Atal Bihari Vajpayee and Nawaz Sharif, respectively. This was a part of the Delhi–Lahore Bus diplomacy.

India and Pakistan finalised the decision after a two-hour meeting

Pakistan has agreed to build a bridge at Zero Line on the Indo-Pakistan border at Dera Baba Nanak at the earliest to facilitate the movement of pilgrims. The Ministry of External Affairs (MEA) confirmed this on Sunday. The decision was finalised after a two-hour meeting between the two sides. Delegates from both countries met in Wagah to iron out the modalities of connectivity, the safety of pilgrims and infrastructural needs.

Until the construction of the bridge, India has offered to make interim arrangements for making the corridor operational in November 2019. This will be done to mark the birth anniversary of the 550th Birth Anniversary of Guru Nanak Dev.

5,000 Indian pilgrims will be allowed entry per day

Islamabad has given into India’s demand of allowing 5,000 pilgrims a day. They have also agreed to allow visa-free travel for Indian passport holders. India has requested Pakistan to allow OCI cardholders visa-free movement along the corridor as well.

The safety of pilgrims remains India’s topmost priority. In a statement, the MEA said, “Pakistan side assured our delegation that no anti-India activity would be allowed.” The Indian delegation also wants a consular presence in Kartarpur Sahib Gurudwara to be able to provide assistance to the pilgrims if required.

Pakistan did highlight infrastructural constraints stating that they might only be able to accommodate the pilgrims in a phased manner. However, India has asked Pakistan to reconsider its position considering a large number of pilgrims want to visit the site