“Fly to Kuala Lumpur at the lowest prices…Fly Air Asia screamed” out a promotional ad from the Gmail screen! Another useless promotion I thought but clicked the message nonetheless. Unbelievable offers popped up actually brainwashing me to book tickets as return tickets from Mumbai to Kuala Lumpur came in at least 40% lower rates than other airlines! Happy me, as I further added Langkawi and back from Kuala Lumpur. Life was good and I was sure I had done something right to deserve this amazing piece of luck.

“Are you mad?? Low-cost airlines are so uncomfortable!” one friend screamed in anger. “You have to pay for luggage dude… only 7 kgs allowed in the cabin!” another advised, “Their flights are permanently delayed ya…cancel these”. “No cancellations or refunds,” I added. “See, that’s the problem, you are stupid. Dude, they don’t even serve water, forget food”. One after another, comments and feedback added mostly with sympathetic innuendo’s started flowing in. Damn, had I really made a mistake. Well, I wasn’t going to just spoil my vacation for nothing and now Google came to my rescue. 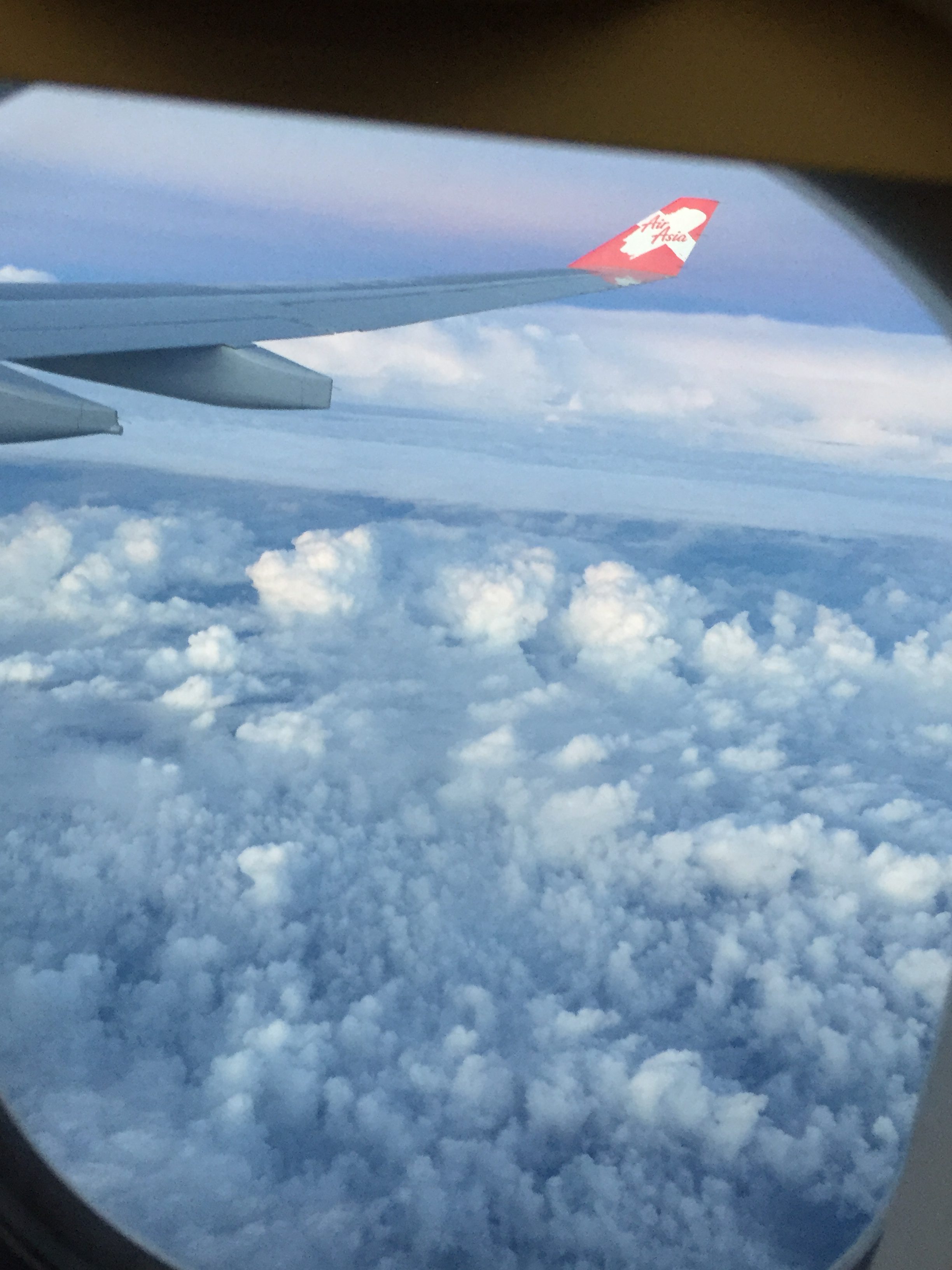 I downloaded the app, which simplified everything. Check in luggage proved quite reasonable and I quietly bought 20 kgs allowance. The food menu was tempting and affordable as you could choose your meals beforehand. Self-check-in ensured less wastage of time and cabin luggage meant 2 pieces weighing not more than 7 kgs. We weighed and distributed and further ensured we were not going overboard as we set off for the airport. Air Asia, though a low-cost airline, caters to a large sector around Malaysia, and, I realized it was a very well oiled and seamlessly run system.

The plane itself was bigger than our domestic airlines and quite comfortable. Water and juices could be bought, the only catch being they prefer Malaysian or Indonesian currency, which roves cheaper against paying in Indian rupees. The flight was very much on time, comfortable and proved to be a good choice. Low cost did mean no TV screens and blankets provided but at the rate we paid, it did not really matter. The air staff was polite, courteous and catering to the needs of all passengers. A definite mention of their in-flight magazine which proved a delightful reading.

The domestic flight from Kuala Lumpur to Langkawi which cost hardly Rs. 2500 ($38)  for return tickets though smaller in size was comfortable and very much in time. In-flight snack options looked and smelt tempting as the crew circulated the goodies for all those willing to buy.  The full flight clearly indicated how popular Air Asia was amongst the sector now.

Flights flying to various sectors and cities gave people an option of booking tickets without much concern thus creating more options for budget travellers to explore. Baggage checks were simple and self-check-in kiosks provided in large numbers ensured no time was wasted checking in. All updates and rectifications could easily be made on the app ensuring smooth movement, keeping in mind luggage and food had to be booked 24 hours prior to the flight time.

More a state of mind than reality, low-cost airlines come without much frills or happenings but manage to open the door to the world for those who might never dare to venture out, unwilling to burn big holes in their pockets. The cheap rates proved to be a trigger for me to further book my stay through Airbnb and gave me a chance to explore a country which wasn’t even on my list for the coming days. I’m glad such options are now easily available which prove the be the first step for a lot of first-time travellers and a dependable option for the seasoned ones.