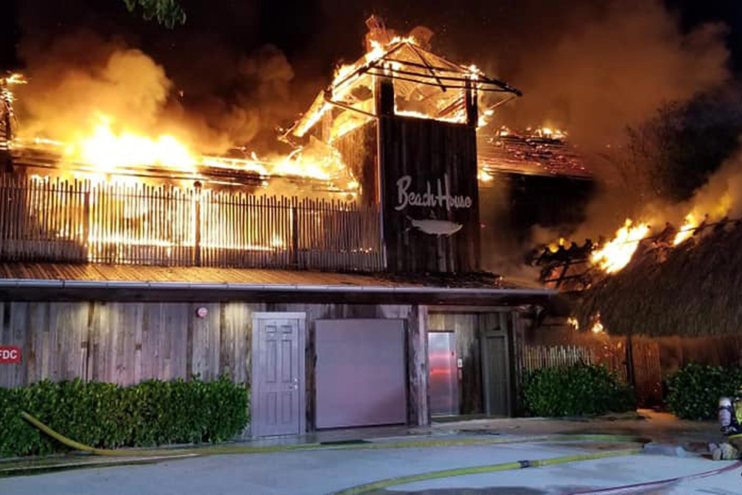 The Florida Keys’ first all-inclusive hotel, The Bungalows Key Largo Resort caught fire just months after opening. The resort was open for only adults i.e the guests have to be above 21 or older than that if they wish to stay in the resort.

Luckily no one was injured during the accident but the authorities have decided to close the property till further notice. They have officially put this on their website.

“Due to an early morning fire on Sunday, May 5th which was, isolated within the Beach House, all guests and associates were evacuated safely, and there were no injuries. The balance of the resort was not affected. At this time, we will be closed until further notice.”

They have also decided to contact the people who had already made their reservations. And tell them to reschedule for some other date.

The cause of the fire is still unknown but according to a witness it ignited between for and five o’clock in the morning. The fire burned for a few hours before the Key Largo Fire Department, the Tavernier Fire Department, Islamorada Fire Rescue and Monroe County Fire Rescue came to put it out. The resort has thanked them on their official wen=bsite saying:

“The team at The Bungalows Key Largo would like to thank the Key Largo Fire Department and other Keys Fire Rescue agencies for the swift action taken and community support during this time.”

The fire has affected the Beach house in the resort. The beach house was near the waterfront and housed the Hemingway bar and Fish Tales restaurant. The restaurant was beautiful and inspired by the coastal dining in Capri, Italy. The restaurant now is totally damaged.

The repair has already begun and it will again be ready with the resort in some months. You can subscribe to their News and Offers to get the latest update.