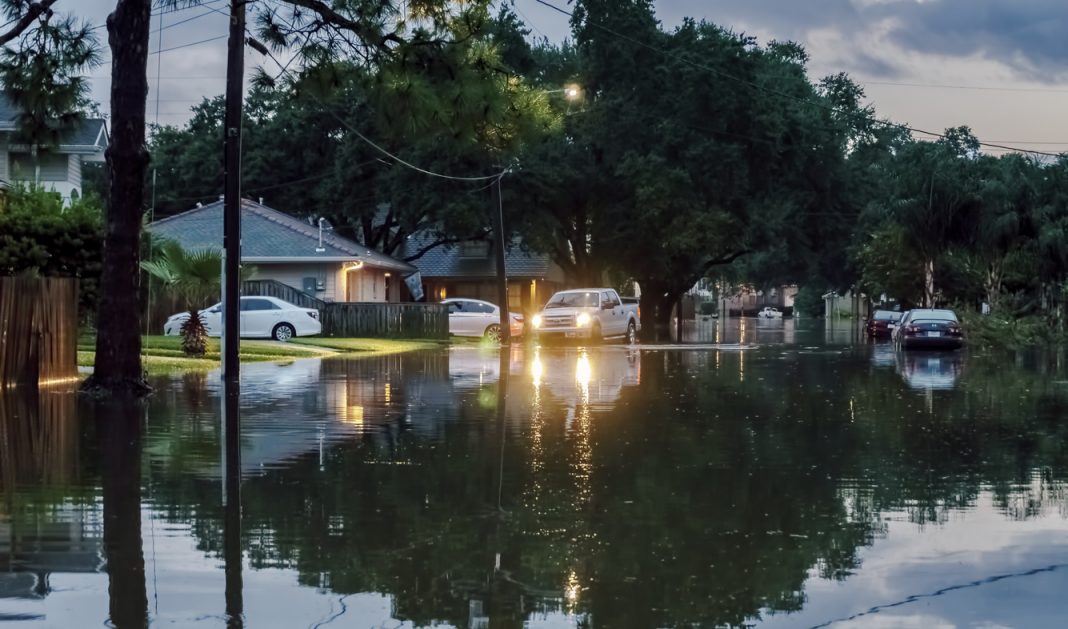 New Orleans, Louisiana is struggling to battle intense flash flooding and is in a state of emergency, reports The Guardian. The city is also on hurricane watch as it prepares for a big test since the failure of the city’s flood protection levels during Hurricane Katrina. The deadly event devastated much of the city leaving 80% of it flooded in 2005.

A huge storm in the Gulf of Mexico was fast developing into a category 1 hurricane. This led the city to declare a state of emergency on Wednesday. Experts have warned that the resulting storm could lead to the swollen Mississippi River reach close to the tops of levees that protect New Orleans. The river might rise to 19ft by the weekend due to the New Orleans flash floods.

When did the flash floods begin in New Orleans?

The initial flash flooding began on Wednesday causing garbage containers to tilt on their sides. Pieces of wood floated down rain-swollen streets in a number of neighbourhoods. Waters reached up to the doors of cars on the streets during rush hour. A waterspout over Lake Pontchartrain was also seen in the Gentilly neighbourhood.

This would be the highest crest on the Mississippi River at New Orleans since 1950.

Arguably, this is the city’s biggest test since Katrina. River levees are only built to 20ft, and have not been tested in this way in decades — if ever. This is a deadly serious situation. https://t.co/0VZwwdWFOf

The floods in Louisiana are associated with a broader area of disturbed weather over the gulf. Forecasters believe that the storm will strengthen as it moves west through the Gulf’s warm waters. By Monday, Louisiana may see up to 12in (30.5cm) of rain, with heavier showers in certain areas.

On Wednesday, Mayor John Bel Edwards announced that the state of emergency across the state would last till August 8. “This is going to be a Louisiana event with coastal flooding and widespread, heavy rainfall potentially impacting every part of the state,” Edwards said in a statement. He added, “No one should take this storm lightly. As we know all too well in Louisiana, low intensity does not necessarily mean low impact.”

He encouraged citizens to check if they had enough supplies at home and to make emergency contingency plans. Other states, including Mississippi and Texas, are also at risk of torrential rains. Washington D.C. also went through severe flash floods earlier this week.