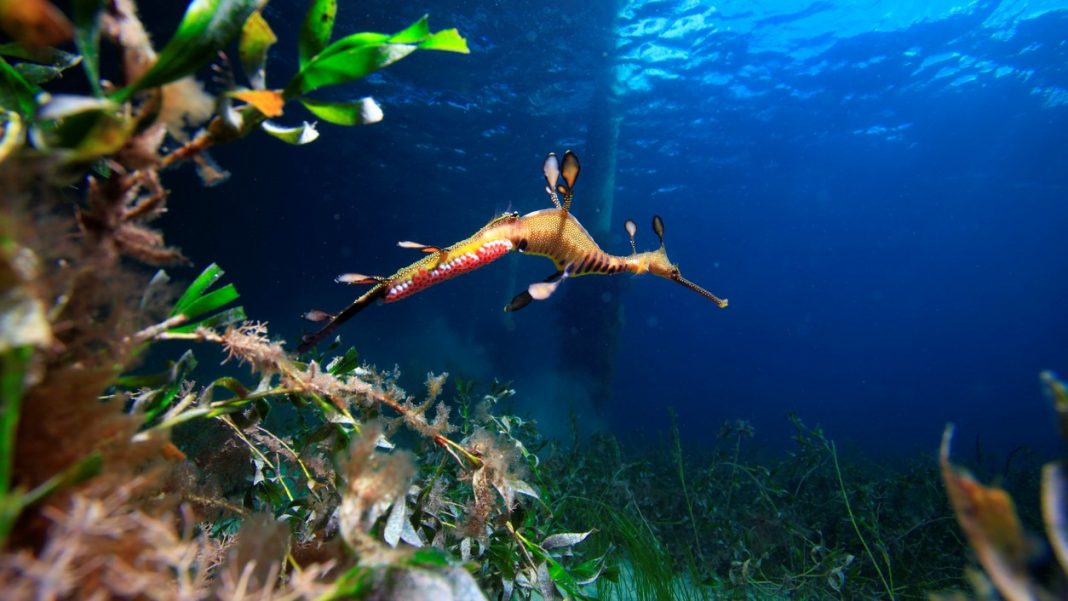 A new exhibition of one of the world’s largest sea dragon habitats opened at an Aquarium in Southern California last week. Sea dragons, the lesser-known cousin of the sea horse, are extremely rare to find. The display is now open to visitors at The Birch Aquarium at the Scripps Institution of Oceanography at the University of California San Diego, reports Travel + Leisure.

According to the aquarium, this permanent exhibit with 5,375 gallons of water (equal to almost 70 bathtubs) has been created as an “ideal environment to breed leafy sea dragons, something that has never been done in captivity before.” The Birch Aquarium’s tank is 18-foot-long (5.5-meter-long) and has 11 weedy sea dragons and three leafy sea dragons — two males and one female.

More about the Sea Dragon Aquarium

The Leafy Sea Dragon is famous for its uncanny resemblance to a piece of kelp. Leslee Matsushige, the aquarium’s associate curator described how astonishing this species is. “They look like something out of this world. “When people see them move, you hear them say, ‘What? That’s alive? Wow! That’s crazy.’”

The aquarium’s tank will house both types of sea dragons-leafy and weedy. These creatures are found in remote areas off the coast of Australia in temperate waters. However, the population of the wild sea dragon is largely unknown. The launch of this exhibit is particularly exciting considering not too many aquariums keep sea dragons in captivity.

Scientists are hopeful that the tanks at the Birch Aquarium will foster breeding among the sea dragon population. Climate change and warming oceans also pose a serious threat to these species and their preservation is of great importance.

Sea dragons are frequently taken illegally from their natural environment to be used as illegal pets or for alternative medicine. Scientists believe that if the breeding programs are successful, the number of sea dragons that are taken from their environment will also reduce.