More
Home Topics of Interest Bucket List Say Yes To A Cat-Crazed Adventure At These Cat destinations Around The... 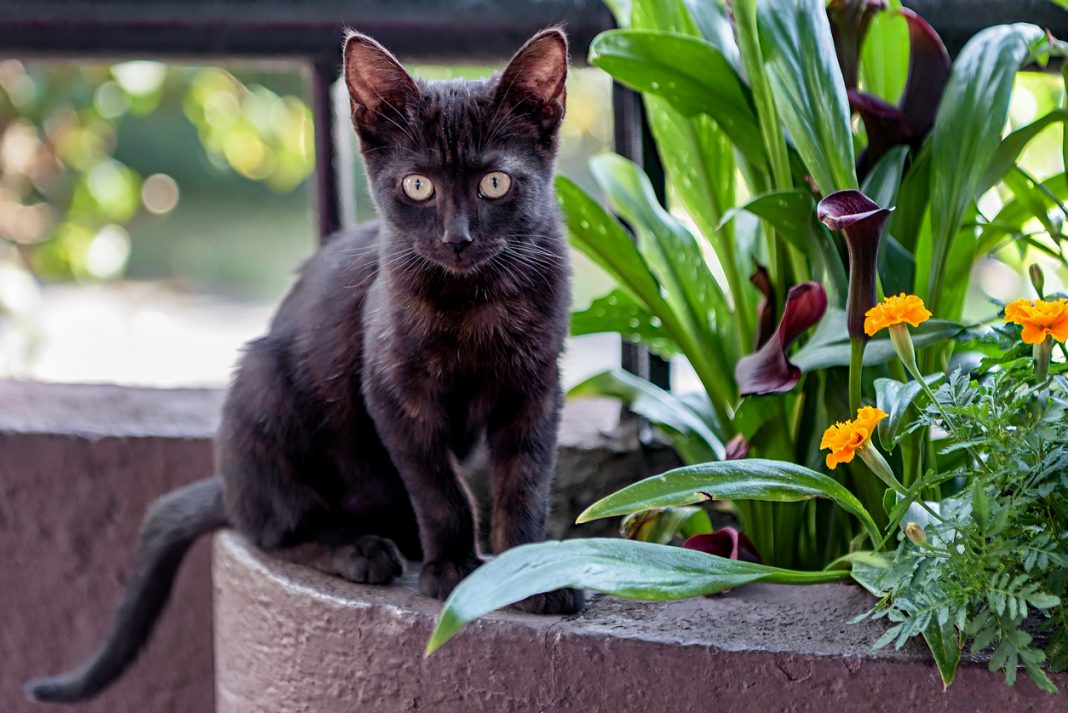 Are you one of the millions of feline fanatics who likes all the countless cat videos and cat memes on the internet? But even if you do, not being able to cuddle these cuties is a major bummer, no? When you can’t tickle their bellies, take a million pictures of them in various states of unconsciousness to set as your lock screen background and ogle at their cuteness basically ALL THE TIME! Worry not! We have a list of various cat destinations in the world where you can get some furry love while exploring the world.

Celebrate the cuteness of felines at these cat destinations from around the world:

While Rome is no stranger to Ancient ruins, fountains, and museums, there is something equally fundamental to the history and culture of this ancient city. Around the street and scattered among the ruins of Colosseum, you’ll find dozens of small bowls. A few women, known as the gattare, will fill the bowls with pasta as hundreds of cats magically appeared from within the crumbling ruins of the Colosseum. This is the best example to show that with the exception of all the pampered pets around the world, the strays and outdoor cats of Rome are probably the most well-fed.

While most of us discard little meat, fish, or milk from time to time for our cat friends that come meowing at our back door, Italians have been known to leave (at least partial) plates of pasta on the street for their stray cats. I know right?!

A historical city, written through miles of tradition and culture, Istanbul today represents the modernity of its European counterparts. While the Ottomans, Constantinople, Byzantine, and the Turkish Republic eras have come and gone in Istanbul, one true conqueror still remains, not just in the city, but in the hearts of the people of Istanbul, the Kedis aka cats. This city is a cat paradise.

Visit Istanbul and you’ll find cats perched on windowsills along the streets, crouched under cars and dining tables, and even sprawled inside mosques. On every street corner or in front of buildings there are cat food and water bowls to feed them. What makes Turkish people love cats is also the Islamic belief that cats bring abundance where they live since it is believed that they bring “dhikr” (the remembrance of God) when they purr.

Japan’s Aoshima Island and Tashirojima Island are commonly known as Cat Islands. At these isles feral cats outnumber humans six to one, making abandoned houses their own and congregating in packs on the street.

With a holy cat shrine, cat-shaped monuments and buildings adorned with pointy ears and whiskers, Tashirojima Island in Miyagi Prefecture have become a heaven for felines. The outnumbered residents take care of these furry inhabitants. The local fishermen hope to ensure a good catch by leaving offerings at a cat shrine. Daily ferries leave Ishinomaki City for Tashirojima.

You can also camp here but keep in mind that only limited camping and sleeping spots are available in a manga-cat-themed ‘resort. Aoshima Island is another cat island but however, it is a little more remote. It is a 20-minute ferry ride from Shingu port in Fukuoka.

While visiting Amsterdam Canal District, be on the lookout for the Catboat (in Dutch, de Poezenboot), which is a floating shelter for scores of stray and abandoned cats. Docked along the Singel canal, the Poezenboot welcomes Cat-crazy visitors that can volunteer clean litter boxes and play with the kittens for a few hours or visitor that are looking to adopt their own sailor cat from this animal sanctuary.

While in town, pop into the Katten Kabinet which is a canal-side museum that houses paintings, drawings, sculptures, and other miscellaneous works of cat-themed artworks the lofty likes of Picasso and Rembrandt.

Ernest Hemingway’s gorgeous estate in Key West Florida is now a historic museum. Other than housing antique furniture and fine art, this museum also houses a colony of polydactyl, or six-toed, cats. These 50 or so furry residents are free to roam the property in places where visitors are not allowed, and they get exceptional veterinary care. People at the museum say about half of their visitors come to learn about the literary genius, but just as many come to see the cats. Hemingway was given a white six-toed cat named Snowball by a ship’s captain in the 1930s. Today, dozens of Snowball’s descendants reside at the historic home.

The cats of the Hermitage Museum in St Petersburg

The Hermitage cats, at the Hermitage Museum in St. Petersburg have been the guardians of the palace’s treasures for quite some time. So, much so, that the kitchen even prepares individualized foods these feline corps living on the grounds (more than 50 in number). While their predecessors first arrived in 1745 to control the mice and rats, and today the cats can even be adopted by visitors. Today, visitors can fuss over the great guards in the museum’s sunny courtyards.

How can we forget Egypt while talking about cat crazed destinations? The Sphinx. Cat mummies. The cult of Bastet. We can almost say that Ancient Egypt was the official prequel to the internet. The prominence of cats in Egyptian tradition preludes memes by millennia.

Even today, their slightly more scruffy scions roam the hectic Cairo streets showing how their regal legacy lives still on in myriad tomb paintings, cat statues and millions of souvenirs from the gimcrack to the genuine.

In Malay, Kuching means ‘Cat City’ and has taken the crazy cat person aesthetic city-wide.  Gigantic cat statues dot the landscape of Malaysia’s cleanest city, hawkers flog cat carvings in local bazaars, and how can we forget the Cat Museum. You enter the Kuching Cat Museum through the gaping cat mouth where 2000 artefacts (including an Egyptian mummified cat) from all over the world are displayed. The museum also has a research centre for cat-based religions and cat history.

Also Read: Welcome To Kuching, The City Of Cats

Time to get offline and on the road with this cat-centric itinerary, don’t you think?