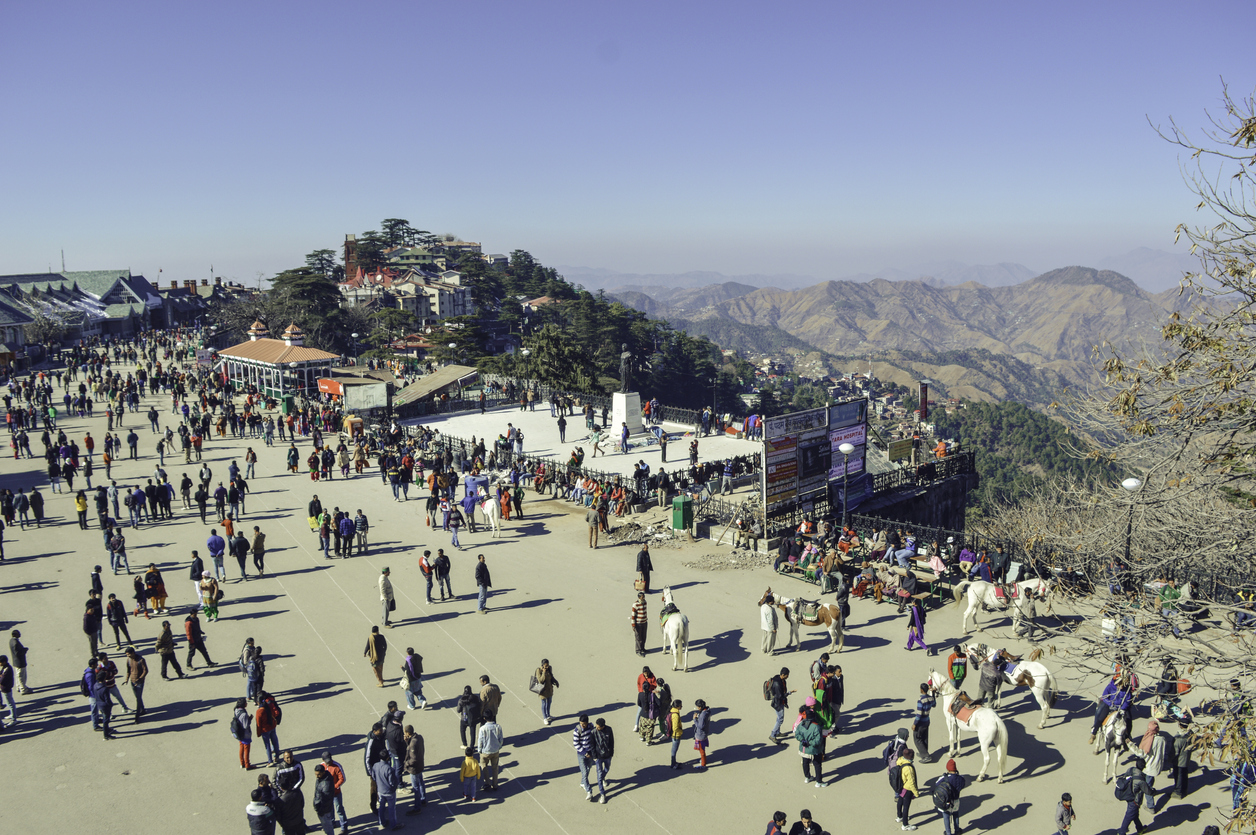 As the heat wave intensifies in several parts of India, tourists are heading to hill stations to cool off. This has led to overcrowding in Shimla and Manali and other hill stations.

Roads leading to Shimla from Kufri and Shoghi from Dhalli tunnel are heavily jammed with vehicles. Latest reports have suggested that an average of 4500 tourist vehicles enter Manali every day. The number is even higher in Shimla, with an average of 5000 vehicles per day.

During weekends, these numbers significantly rise. Parking in tourist spots has become a problem. Shimla Deputy Superintendent of police has said that Shimla does not have enough parking spaces. All of this has contributed to traffic jams. 120 police officers have been deployed in the region to manage traffic.

Overcrowding in Shimla and Manali has to led to 90% hotels being booked to full capacity. Most tourists come in from neighbouring cities in Haryana, Punjab and Delhi.

If the high influx of tourists continues, Shimla and Manali could face a water crisis. A similar situation took place last year. Hotels in Shimla had notices outside that read ‘We are in a water crisis, don’t come to Shimla’. Residents in Shimla acutely suffered because of water scarcity.

Overcrowding has spread to lesser known hill stations as well. Places like Kanatal in Uttarakhand, Manikaran and Kasol in Himachal are also seeing several tourists. Roads around these towns are now heavily populated with vehicles causing frustrating traffic jams.

The Nainital administration has taken it upon themselves to restrict tourists from entering. Tourists will be allowed to enter the city once the traffic has cleared out.

Also Read: The Top 22 Amazing Places to Visit in Shimla