Govt: Over 5800 crores sanctioned to 73 projects under Swadesh Darshan Scheme 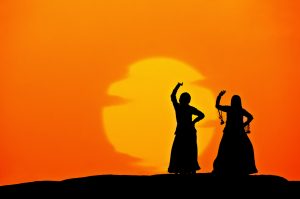 73 Projects under the Swadesh Darshan Scheme have received central financial assistance of INR 5873.26 crores, covering in total, 30 states and Union Territories since 2014-2015, Ministry of Tourism reported to the Parliament on Monday, December 17, 2018.

The projects under the scheme were chosen after consideration with state governments and Union Territories, stated Union Minister K J Alphons, in response to a query in Lok Sabha, the lower house of India’s bicameral Parliament.

“These are sanctioned subject to availability of funds, submission of suitable detailed project reports, adherence to scheme guidelines and utilisation of funds released earlier. The ministry has sanctioned 73 projects with central financial assistance of Rs 5,873.26 crore covering 30 states/UTs under the scheme till date.”

What is Swadesh darshan Scheme?

Recognizing India’s rich cultural and historical heritage and its potential to boost tourism and job opportunities in India, the Ministry of tourism introduced the Swadesh Darshan Scheme in 2014-15 with a concept of integrated development of Theme-Based Tourist Circuit [TBTC].

Some of the Theme based circuits offered by the Swadesh Darshan Scheme: