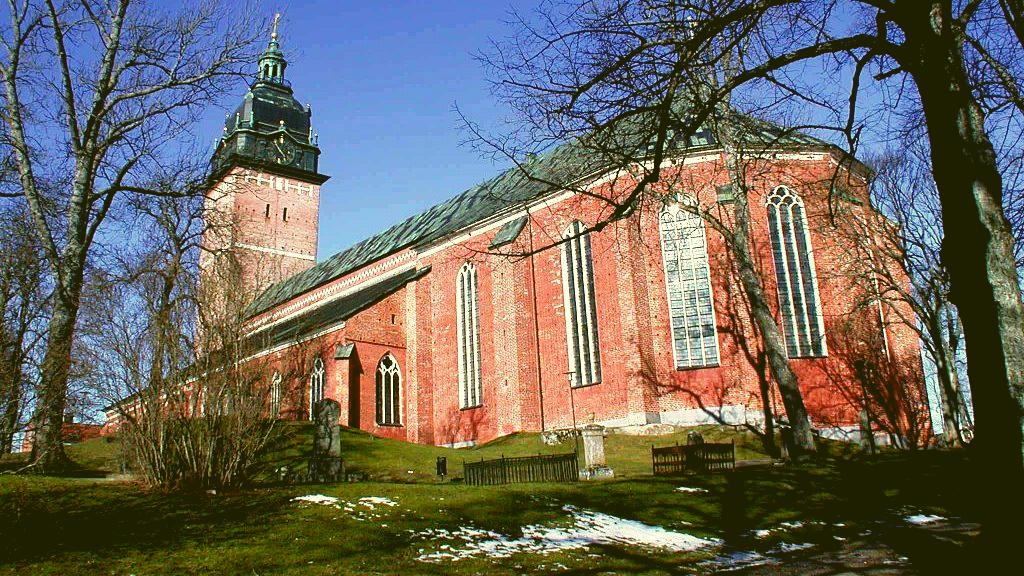 In a daring real-life heist, some of the Swedish crown jewels were stolen from a cathedral near Stockholm. The theft of the jewels belonged to former Swedish monarchs King Karl IX and Queen Kristina made headlines around the world.

Two priceless 17th Century crowns and an orb were on stolen Tuesday, 30 July by two men who were witnessed running away from the 900-year-old Strängnäs Cathedral. The cathedral was open to the public and had been displaying the jewels in a glass box.

The two thieves reportedly smashed the glass and grabbed the Swedish crown jewels before fleeing to the nearby Lake Malaren. They jumped into a speedboat and disappeared into the vast lake that is filled with islands and waterways.

According to Christofer Lundgren, dean of the cathedral, “This is part of the national cultural heritage—this is a theft from Swedish society.” A spokeswoman for the cathedral said that an alarm went off after the two men reached the jewels and that the security precautions were in accordance with current guidelines. No one was hurt during the burglary.

The Stockholm police launched a huge search operation, by land, sea and air. However, by that evening they had as yet not yielded any arrests. Authorities also do not seem to have any concrete suspects, though they believe that more people may have been involved.

Police spokesman Thomas Agnevik told Swedish media, “The score is 1-0 for them right now, but we don’t know what it will be like tomorrow. I have talked to a person at the county administrative board that says it is not possible to put an economic value on this. These are invaluable objects of national interest.”

The stolen Swedish crown jewels belong to the 1611 funeral regalia of Karl IX and Kristina the Elder. Adorned with gold, precious stones and pearls, they were buried with the couple in the early 17th century. However, they were later exhumed and put on display inside the cathedral.

Sweden’s crown jewels haven’t been worn since the early 20th century. They are merely placed on display these days. However, this isn’t the first time that the Swedish crown jewels have been stolen. In 2012, a friend of the royal family was convicted of stealing royal jewels worth over $120,000, from the private apartment of Princess Christina, sister of King Carl XVI Gustaf.  The thief was only able to sell some of the stolen valuables as they were too well known. Swedish authorities believe this will also be the case with the recent theft.