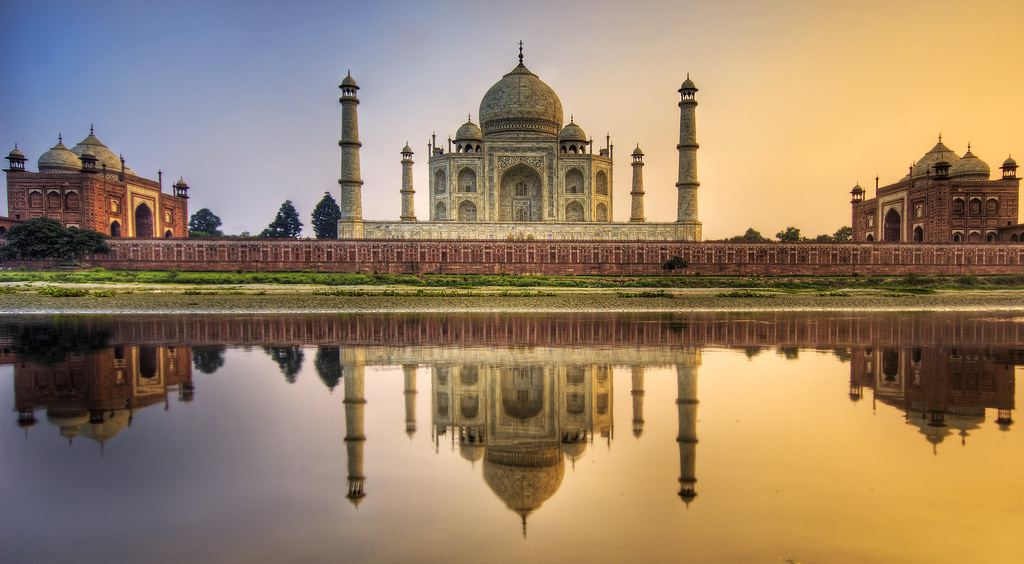 Recent visitors to Agra have been surprised by the unexpected Taj Mahal discolouration that has yellowed the once-gleaming white monument. This worrying occurrence has prompted the Indian Supreme Court to order the state government of Uttar Pradesh to seek foreign help to fix the famous 17th-century marble mausoleum.

The Taj Mahal was built by Mughal Emperor Shah Jahan, as a mausoleum to his wife Mumtaz Mahal. It is both an excellent example of Mughal Architecture, and one of the Seven Wonders of the World. It is also a major tourist destination and attracts over 70,000 visitors every day.

Earlier this year, a two-judge bench Justices Madan B Lokur and Deepak Gupta said in a statement, “Earlier it was turning yellow, and now it is becoming brown and green. It’s very serious. It seems you [the government] are helpless. It has to be saved. You can get help from experts from outside to assess the damage done and restore it.”

Various factors have contributed to the Taj Mahal discolouration. Among them are industrial pollution discharged by local factories and businesses; contamination from the smoke of thousands of nearby household generators, and the excretion of clusters of tiny insects (Chironomus calligraphus) that breed in the garbage-choked Yamuna River beside the UNESCO World Heritage Site. Their corrosive excrement leaves greenish stains on the marble.

Authorities have been periodically coating the Taj with a herbal ‘mud pack’ to mitigate this damage. However, the Supreme Court feels that this has done little to help this pressing concern. There have also been many petitions by environmental activists concerned with the steadily worsening state of one of the country’s most iconic buildings.

As a result of what it terms the “lack of will and expertise” and “apathy” in dealing with this issue, the exasperated Supreme Court has declared that “You can shut down the Taj. You can demolish it if you like and you can also do away with it if you have already decided. Uttar Pradesh is not bothered. No action plan or vision document has come yet. Either you demolish it or you restore it.”

Authorities are now said to be preparing a 100-year plan for the Taj Mahal, which the court will hear on a daily basis from 31 July. This plan is said to include shutting down some industries; cleaning up the Yamuna River; creating greener public transport in the city of Agra, and improving its sewage treatment plants.