Airlines enhance connectivity and play a vital role in driving the tourism growth. American travel website-Trip adviser released the list of best international airlines in the world. The rating is based on the algorithm that considers the number of airline reviews, quality of experience and ratings collected over a year.

Singapore Airlines (Changi Airport) has been ranked as the best international airline in the world. From a pleasant first impression to the most advanced facilities, Changi Airport is a destination in itself. There’s a Rooftop swimming pool, shower and spa services, movie theatres and whatnot.

Kinetic rain sculptures made of 1,216 bronze droplets at Terminal 1, is the latest addition to the refinement of the airport. This biggest and most complex kinetic sculpture is specially designed to represent Singapore’s garden city reputation. Passengers can also relax and pay according to usage at Pay-per-use lounges which feature a wide array of entertainment options and also serve authentic cuisines. Take a selfie at Steel in Bloom, a 6m-high artwork which symbolises the interactions of humans with Nature. Taking Singapore airlines gives passengers the added advantage of visiting the spectacular Changi airport.

More than one win for Singapore

Five-star airlines in Singapore has also been recognized for its world-class facilities. It’s been awarded in various categories including Best Economy Class in the World, Best Airlines in Asia and the Best International First Class.

Kiwis make the cut for the second place

Air New Zealand, serving passengers with true kiwi hospitality, was found to be the second best. The only shortcoming of Air New Zealand is that it doesn’t have a first class, only economy, premium economy, and business classes.

The Emirates Airlines with 100 Airbus A380s, the world’s largest passenger airliner has been ranked third on the TripAdvisor’s list. Increasing demand for air travel in the Middle East, Africa, and Asia is the key factor for the success of Emirates. 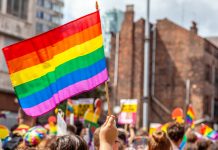 According To A New Study, These Countries Are The Safest For LGBTQ+ Travellers 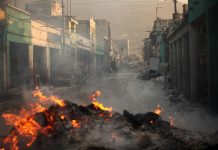 India Issues Travel Advisory For All Non-Essential Travel To Haiti