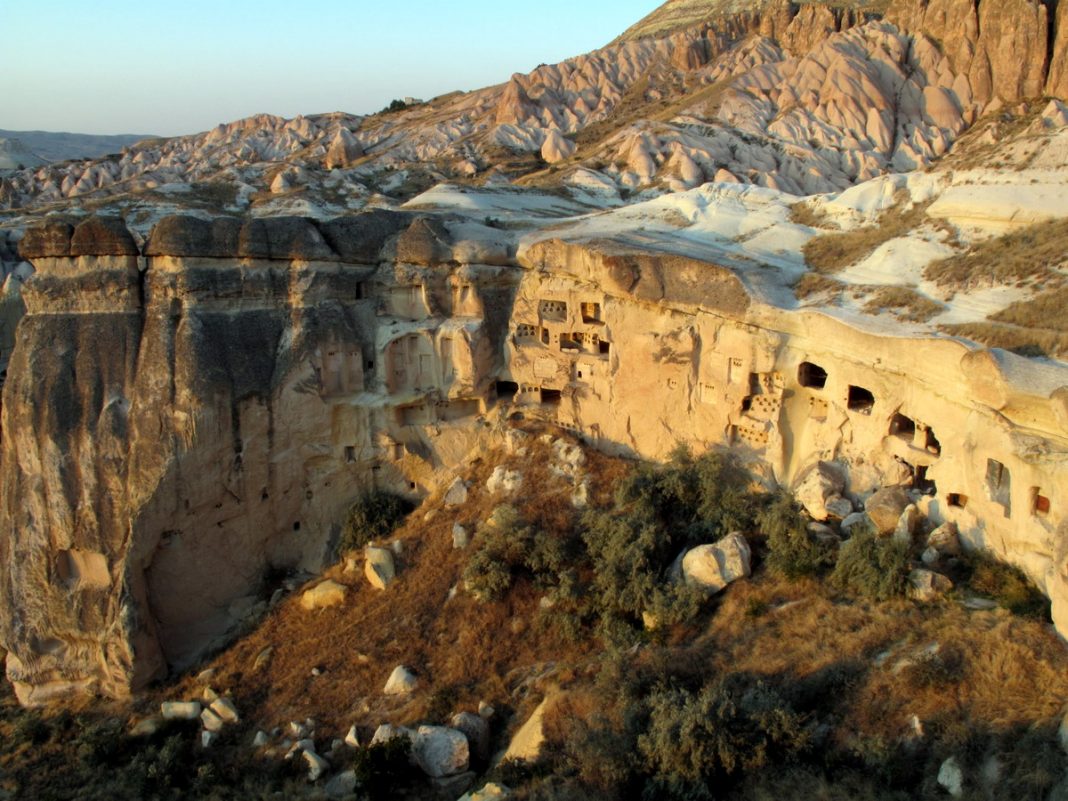 The soft volcanic rock of Cappadocia is perfect for carving, and the region is also home to the more famous villages of Göreme built into the “fairy chimney” rock formations. While these are still inhabited, the underground cities were last used in the early 20th century to escape Ottoman persecution.

Only three of these underground cities are currently open to the public – Mucur, Kepez and Dulkadirli. They are really a series of interconnected caves and tunnels created by the Christians of the Roman Empire who needed a safe place to pray without fear of persecution.

Over time, they expanded building gates, drinking wells, places for keeping animals, and even pipes for ventilation. Kirsehir was soon regarded as a centre of political importance; its most famous underground city, Derinkuyu, could hold 20,000 people.

The multi-level Derinkyu is the biggest of the underground cities in Cappadocia. It could even be sealed off from the inside.

The largest of the three cities open to the public is Dulkadirli. With 16 chambers, some believe that it was actually an underground monastery. However, now, Turkey is planning to open the 12 remaining cities to tourists.

But, despite the rich history and fascinating sights, the underground cities in Cappadocia, especially in Kırşehir, are not yet very popular with international visitors. So, there is hope the soon to be opened cities will bolster tourism and tempt more tourists to visit the area.