Travel.Earth
Home Topics of Interest Culture Vulture Have You Visited The Basavanagudi Kadlekai Parishe? Here’s Why You Absolutely Should

To most people living in Bangalore, the end of November marks the start of winter (finally!), or perhaps excitement about the coming new year. But, in Basavanagudi  – one of the city’s oldest areas – it also means the start of the annual “Kadlekai Parishe”.

The Basavanagudi Kadlekai Parishe (which literally translates to “groundnut fair”) is an annual fair held in the area around the famous Bull Temple in Basavanagudi. Said to be the city’s oldest festival, it dates back to the 1530s.

The Moon, The Groundnuts, And The Bull

Legend has it that a bull terrorised the groundnut-growing villages surrounding Basavanagudi and damaged the crops and fields every full moon day; hoping to stop the rampage, the farmers offered prayers to the deity Basava (who is also known as Nandi). In exchange for stopping this rampage, they pledged to offer their first crop.

Soon after, an idol of Basava was found in the area, and Kempe Gowda (the founder of the city, who features in many such tales) installed the idol atop a small hillock, and dedicated a temple to ‘Dodda Basava’, which became “Basavanagudi,” or literally “bull temple”. The happy farmers kept their word and began the tradition of the annual groundnut fair – the Kadlekai Parishe. Some even believe that on the last night of the fair, Basavanna himself comes here in his animal form and eats up all the groundnut and peels left on the streets.

Whether the legend is true or not, the Kadlekai Parishe harkens back to a time when harvests were the perfect excuse to have a big celebration.

Even today, hundreds of groundnut farmers and sellers from Karnataka and neighbouring Tamil Nadu, Telengana and Andhra Pradesh, gather here to sell their wares, and 100,000 lamps are lit at the Bull Temple, attracting huge numbers of visitors from across the city. Here, you will find a vast array of groundnuts ( grown to enrich the soil in preparation for the next farming season) – raw, dried, salted, roasted, boiled, and even spiced.

But, while the groundnuts are the star attraction, you’ll also find stalls selling everything from jewellery to locally-made toys, household items, ceramic ware, clothes, utensils, and food. This year (2019), the festival takes place from 24 – 28 November. For the past few years, a similar event has also taken place a week earlier in the nearby neighbourhood of Malleshwaram.

It’s Much More Than Just Groundnuts

It had been many years since I’d visited this famous festival, even though I’ve lived just a few roads away for most of my life. So, as I headed there on the evening of the 24th (a Sunday), I wasn’t really sure what to expect.

The first thing that strikes you about the Parishe is that the normally quiet area wore a festive look, all brightly lit up and decorated in bright colours. Instead of the usual traffic, the roads were positively buzzing with people. The second thing that strikes you, is the smell. Even from a few roads away, the air is crisp with the wonderful smells of roasting groundnuts.

Due to the huge crowds, some sections of the road had been blocked off; but this is Bangalore, so it didn’t really stop stray autos and two-wheelers from whizzing by. Still, shoppers and sellers remain busy at work amidst all the hustle and bustle. In between the mounds of un-shelled peanuts being sold on large blue canvas sheets, were stalls selling all kinds of food. You’ll find the classic South Indian style bajjis and bondas, as well as spiced American sweet corn, dosas, sugar candies, fried gram, bright pink cotton candy, and, of course, hawkers selling boiled or roasted peanuts (a perfect accompaniment to the slight nip in the air).

After buying a paper cone filled with excellent roasted peanuts to enjoy while I explored, I wandered towards the sellers who have set up shop on the pavements amidst all the chaos and excitement. The pavements were lined with ceramic pots, statuettes, cookware and a whole lot more. For these vendors, many of whom have come all the way from Rajasthan, the footpaths become their home for the few days of the fair, which is an excellent time for business.

The fair serves as an excellent opportunity to encourage Bangaloreans to buy produce directly from local farmers from nearby villages. And, for the past few years, it has also managed to be largely plastic-free as vendors use bags made from recycled newspaper.

Even though it was getting quite late as I finally left, all the colours on display seemed to stir up a lot of excitement in the crowds. This festive atmosphere was reinforced by the sounds of children blowing kazoos, and large bubbles and colourful pinwheels that occasionally crossed my path.

So, if you happen to be in Bangalore around the last week of November, you must head to this historic annual fair to get a taste of this wonderful celebratory mood and mark the beginning of the winter season. 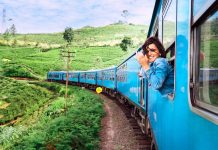 With These Long Weekends of 2020, Plan Your Mini Vacations A Little Ahead 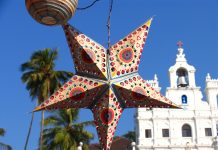 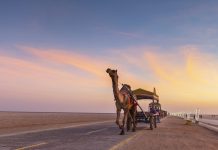 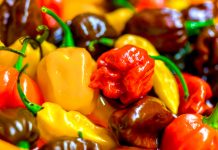 Have You Heard About These 8 Hottest Peppers In The World? 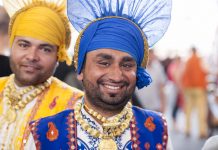 A Guide To The Vibrant Festival of Lohri 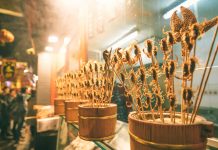 17 Of The Weirdest Foods From Around The World

With These Long Weekends of 2020, Plan Your Mini Vacations A...

Working With Abandoned Dogs In Spain

Here’s What We Did In Goa During Christmas (That Wasn’t Just...

Sex Tourism: The 101 On This Travel Trend And Its Dark...

You Must Visit These 6 Offbeat Places in India

11 Sex and the City Locations You Can Visit In New...