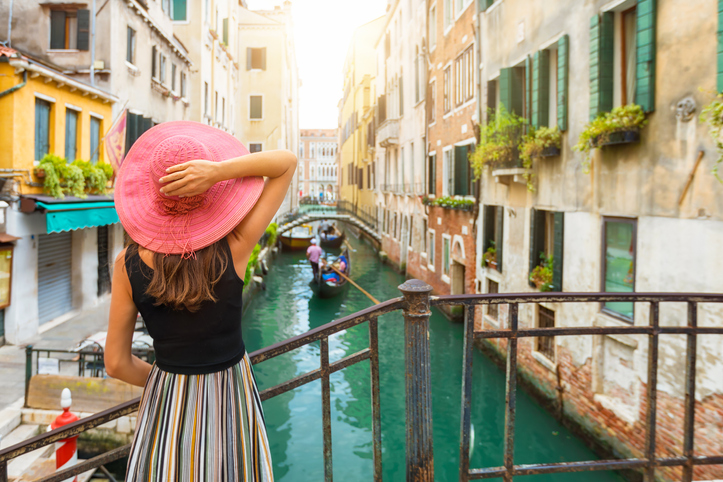 The newly introduced rules regarding tourist behaviour in Venice are being implemented in full swing. Two German visitors were punished for violating some of these rules, reports Lonely Planet.

The rules, called Daspos, clearly state that visitors will be penalised if they sit or lie down in front of shops, historic monuments and bridges. Further, they will be punished if they wander around shirtless or in swimming costumes. The new rules were introduced as an extension of the #EnjoyRespectVenezia campaign introduced last summer.

What rules did the German tourists break?

The tourists from Berlin were backpackers who were sitting on the steps of the famous Rialto Bridge. They took out their portable stove to make themselves a hot beverage which was when they got in trouble. City authorities released an official statement explaining that a passer-by reported the pair to the police for making coffee on the steps. The travellers were fined €950 ($1058) for their unruly behaviour and asked to leave Venice. Further, officials confirmed that this was the 40th time since May that tourists were asked to leave the town for breaking the rules.

Mayor Luigi Brugnaro said, “Venice must be respected. Bad-mannered people who think they can come here and do what they want must understand that thanks to local police, they will be caught, punished and expelled. From now on, we will also communicate the identities of those subject to a removal order to their embassies and consulates.”

Why have these rules been put in place in Venice?

The main reasons these rules were put into places was due to a huge surge of tourists in Venice. Authorities wanted to protect the city’s monuments and preserve the national environment. Minor breaches of the regulations will lead to fines that start at 25 ($27.83). More serious offences will incur the maximum penalty of €500 ($555.57). Other restrictions implemented include a ban on drinking alcohol on the street between 8 pm and 8 am.