Why You Must Bungee Jump At least Once Your Life

Always thought bungee jumping isn’t for you? Or, that going through that fear isn’t worth it? Here’s why you MUST Bungee Jump!

Sweating profusely, needing to pee, unable to sit and wait your turn, constantly pacing, pumping yourself up, talking yourself out of it, talking yourself into it, and your legs giving way just as you make your way up to the jump-off point are only some of the things you will go through before actually making the jump.

The Near Death Feeling

We’ve all heard “I stared death in the face” or “I felt like I died” in movies or such, but not many people will actually be in extreme dangers in their lifetimes. Bungee Jumping is the perfect way to experience those few seconds of the feeling of (almost) dying without actually being in any danger. The words ‘paralyzed with fear’ will definitely come alive!
And believe me, months after the jump when you’re back home, or at work retelling the story, you can definitely feel that same quiver throughout your body.

Acrophobia or not, voluntarily jumping out of a massive structure or a great height takes guts. Even people who say aren’t afraid of heights would probably break a sweat. The feeling of conquering it though and that sense of achievement which follows is unlike anything in the world. 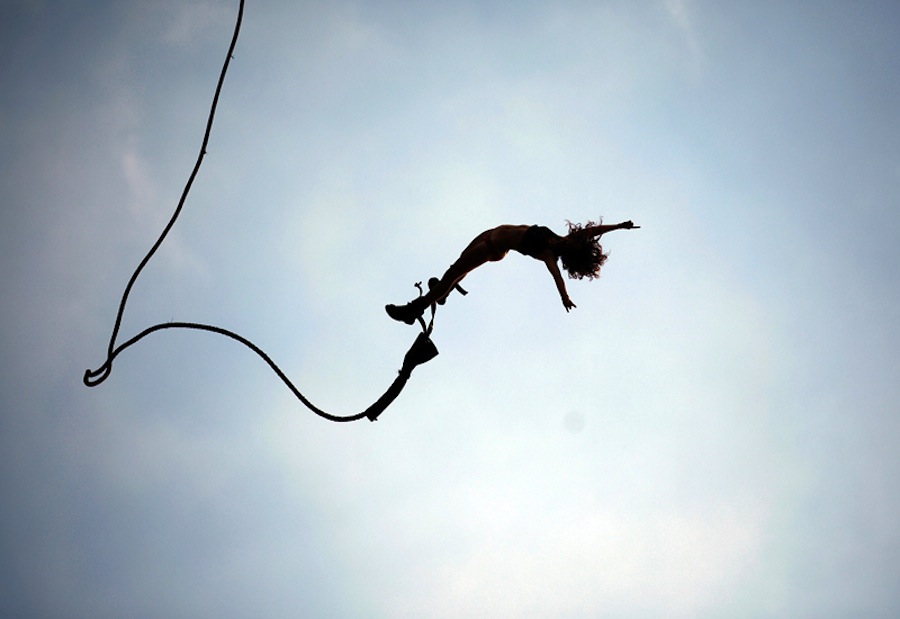 Were you nervous about looking over the railing before the jump? You’d now be dancing on it. This is something which is definitely not overrated, and anybody whose felt anything even close to it can justify it. The rush felt post the jump is something that stays on for quite a while.