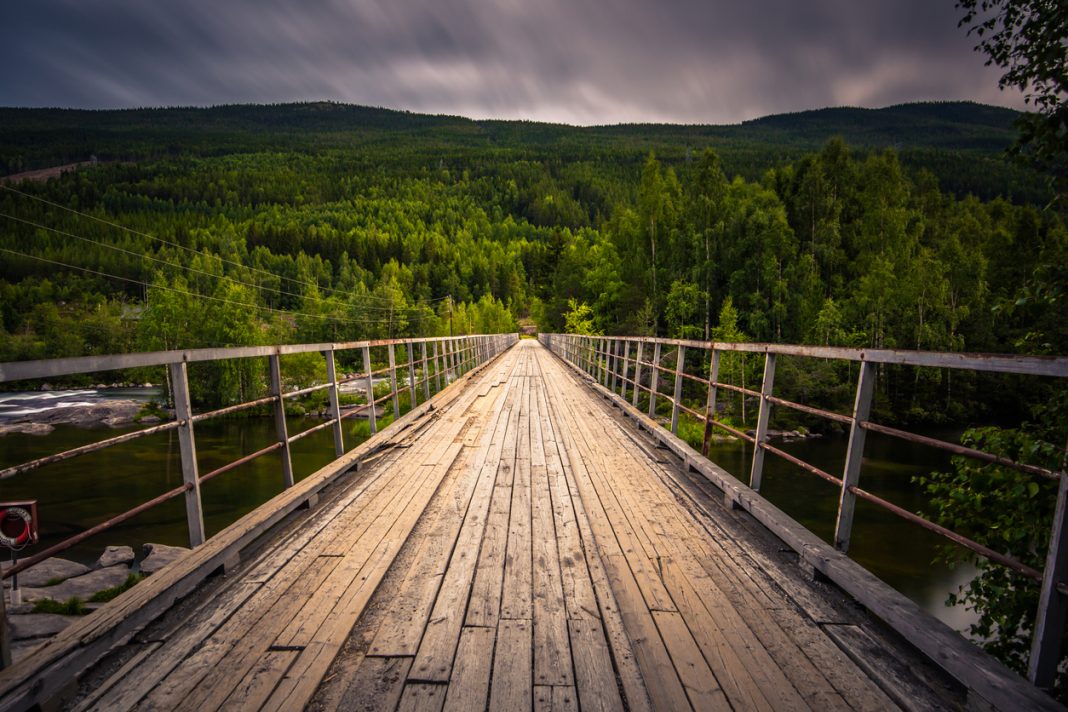 Denmark has now become home to the world’s longest Viking bridge. Built using tools and methods that Vikings used, the project took three years to complete. Located just outside Copenhagen, Albertslund houses a Viking village that was reigned by Viking King Harald Bluetooth Gormsson in 980 c, which is said to be the site of the original structure, the bridge was said to be used to transport boats across the land to attack targets in Germany.

With more than 1000 craftspeople, schoolchildren and volunteers involved in building the bridge at the historical site, the Viking Bridge is meant to connect the museum to a site where 48 Viking graves were discovered in 2006. Said to be 700 m long, the bridge is expected to turn into an impressive live demonstration of Viking craftsmanship and infrastructure.

The Director of the National Museum of Denmark, Rane Willerslev recently visited the spot to hammer the final nail into the bridge, marking the celebration of clad Viking culture among visitors.

Willerslev mentioned the bridge as a remarkable achievement as it will provide people with a glimpse and knowledge about how the Vikings used to build roads and bridges and display the prevalence of collective spirit while celebrating Viking clad clothes with music, traditional games and spit-roasted pigs.

Even though a set date has not yet been released, the bridge is expected to open soon to the public demonstrating Viking craftsmanship and Viking age infrastructure all year-round. Other then the Viking bridge, Albertslund has many other attractions worth a visit. One could enjoy a hot summer day in Denmark at the Friluftsbadet Badesoeen, a 60 m in diameter round swimming pool that contains almost 3.6b million gallons of water, powered by solar energy.

You could also visit the Thomas paa Bjerget, where six wooden giants lay in the woods of Vestegne, or even go the Harry Potter Legeplads that houses a lookout inspired from the franchise Harry Potter that unites and gives energy to the great common interest in resident engagement, environment, nature and art.