Josephine’s Guesthouse for Women in Zurich, Switzerland, is a haven for a woman traveling alone or with other women. Located in downtown Zurich, a few minutes away from the main train station, Josephine’s, opened in spring 2017, has become far more popular than anyone expected.

In the past year, the room occupancy has been high, between 80-90%, and it’s easy to see why. Josephine’s functions more like a home away from home than a hotel or even a hostel. The three-star hotel operates at less than half the price of similar hotels in Zurich, and while the rooms may not have TVs, the unlimited Wi-Fi more than makes up for it.

On the top floor, a complimentary breakfast buffet is served each morning on a panoramic terrace. At all other times, it functions as a common area for guests to mingle with each other. The open kitchen, like in most other European hostels, allows guests to cook their own meals for the rest of the day. It even has lockers in the fridge and numerous washing machines for the use of visitors.

At Home In Josephine’s

The women’s hotel in Zurich has the feel of a huge shared apartment or house, something that longer term guests especially enjoy. Josephine’s takes in all kinds of women as guests. You’re just as likely to find a tourist, as you are a business-woman, a university lecturer, or a student. Duration of stay ranges from a single night to up to six months.

The Guesthouse also takes in women in need of a secure shelter. Eight to ten of the hotel’s 38 rooms are reserved for emergency situations, such as women fleeing domestic abuse, or victims of a crime. These women are given a quiet place to sort out their affairs, though Josephine’s is not a therapeutic institution and cannot handle such cases long-term.

The relatively inexpensive nature of the hotel, and the helpful and accommodating staff truly make Josephine’s a place like no other. 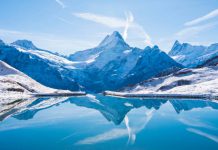 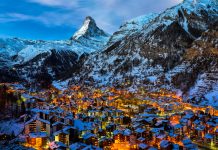