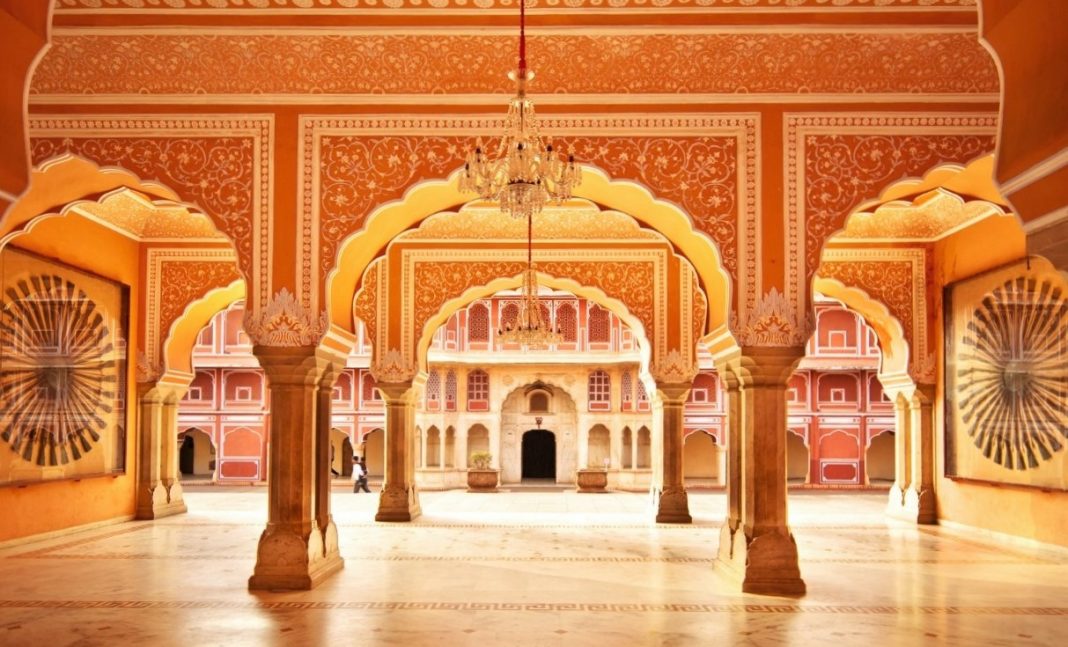 Rajasthan, located in northwest India it is the country’s largest state. Featuring a unique mixture of historical marvels and cultural treasures, it is known as the Land of Kings. Known for the undulating sand dunes of the Thar Desert and its vibrant colors, this royal state is a must see.

Whether you go camping under the stars in the desert, wander amidst colossal forts, shop for traditional handicrafts, or dig into majestic thali fit for a king, there is so much to see and do. Here are 11 reasons to visit Rajasthan this year:

A wide array of historical forts and splendid palaces set Rajasthan aside from other Indian states. Built by the many Rajput kings that ruled this land, each has its own unique blend of architecture and design. Ride an elephant up the massive ramps of Amer Fort, marvel at the panoramic views from the ramparts of Jaisalmer Fort and Mehrangarh Fort, or get lost in the splendour of Jaipur’s City Palace. And these are just the tip of the architectural iceberg!

2. Its Food is a Gastronomic Delight

Rajasthani cuisine is famous for its variety of vegetarian dishes, all rich with ghee and spices. From classics like dal bati churma (roasted dumplings with spiced lentils) or gatte ki sabzi (steamed gram flour balls cooked in curd gravy) there is something for everyone. Though perhaps less well known, Rajasthan also has many meat curries, such as laal maas and safed maas.

3. The Many Colorful Cities

Rajasthan is one of the most colourful places in the country. Apart from the colourful dress of its people and the red desert sands, it is also home to many vividly coloured cities. From the golden city of Jaisalmer, the pink city of Jaipur, the blue city of Jodhpur, to the white marble of Ajmer and the calm lakes of Udaipur, each city has something unique to offer.

4. Stay in a Lavish Heritage Hotel

Many of the stunning palaces of Rajasthan have been turned into opulent heritage hotels, with all the royal comforts of the rajas and ranis who once lived there. The Umaid Bhawan Palace in Jodhpur, the Lake Palace in Udaipur, Rambagh Palace in Jaipur, and Samode Palace in Jaipur are just a few of the popular hotels that keep alive the princely traditions and culture of the state.

Nature lovers have much to look forward to in this royal state. Its vast landscape is home to some incredibly varied wildlife. From the tigers at the Ranthambore National Park and the Sariska Tiger Reserve, to the endangered river dolphins and rare birds the Kumbhalgarh Wildlife Sanctuary, the National Chambal Wildlife Sanctuary and the Keoladeo National Park, you have a once-in-a-lifetime opportunity to get up close and personal with some amazing animals.

Rajasthan is famed all over the world for its colourful fairs and festivals, held throughout the year. It seems that every month hosts some exciting event, such as the International Kite Festival (Jan), the Desert Festival (Feb), the Elephant Fair (Mar), the Teej Festival (August), Rajasthan International Folk Festival (Oct), the Pushkar Fair (Nov), and the Magnetic Fields Festival (Dec). These are of course separate from the many religious festivals, such as Holi.

While Rajasthan may be associated with the dry and arid desert, it is also full of breathtaking lakes. From Lake Pichola in Udaipur with its lavish palace to Man Sagar Lake in Jaipur, Pushkar Lake in Pushkar, and the scenic oasis of Nakki Laki at Mount Abu, they are the perfect getaway, with temples, ghats, and palaces along their shores.

Known as baori in Rajasthani, Rajasthan, like much of northern India, faces frequent water shortages. The striking stepwells helped to preserve water. Some of the most famous are the Rani Ji Ki Baori and the Nagar Sagar Kund in Bundi, the Panna Mian Ki Baoli in Amer, and the iconic Chand Baori in Abhaneri, featured in Christopher Nolan’s The Dark Knight Rises as Batman’s Prison.

9. It is Full of Fascinating History

The historic forts, palaces, and stepwells hint at a long and fascinating history of the people who thrived in this arid and at times inhospitable area. It has many innovations such as the Jantar Mantar in Jaipur. This astronomical observatory was built in 1734 by the Rajput king Sawai Jai Singh II and lets people observe astronomical positions with the naked eye.

The diverse landscapes of Rajasthan offer an endless choice of exciting experiences. From the camel safaris at Jaisalmer, to hot-air ballooning in Pushkar, trekking Alwar and Mount Abu, there are many adventures to be found. Of course there are less adrenaline packed adventures as well, like the many tribal folk dances, the Bhavai with its pitchers, the Kathputli with its puppets, and the famous Ghoomar.

11. Lots and Lots of Shopping

The bustling bazaars of Rajasthan have some of the best places for shopping. Some are full of ethnic handicrafts and artifacts, while others are dedicated to traditional jewelry, spices, miniature paintings, textiles, and so much more. Some of the best places are Johari Bazar in Jaipur, Bada Bazar in Udaipur, Clock Tower Market in Jodhpur, and Sadar Bazar in Pushkar.