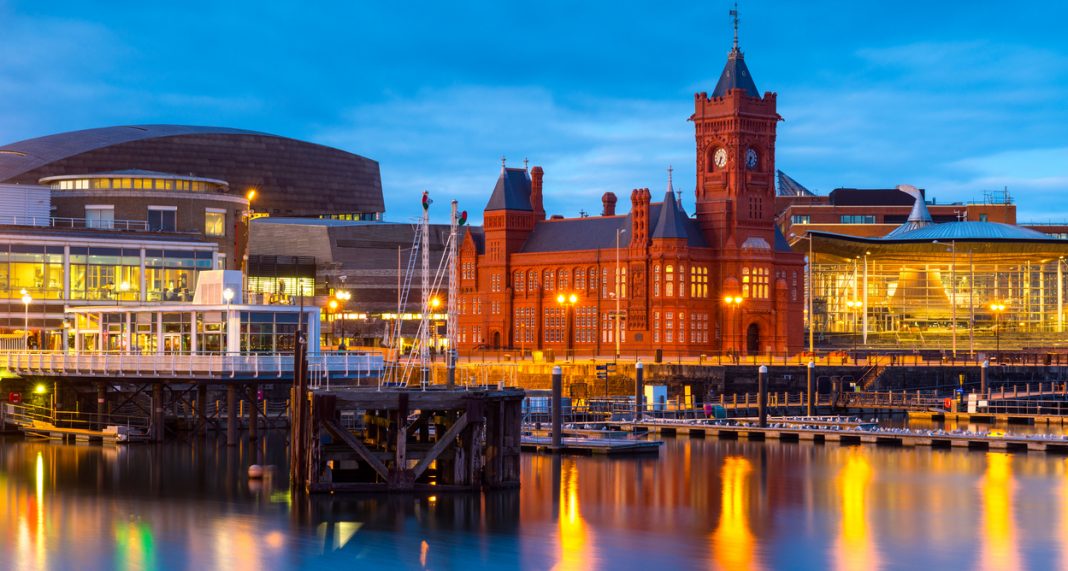 Wales is a beautiful country, filled with lush greenery and sweeping landscapes. But, its capital city Cardiff (or Caerdydd in Welsh) often seems far removed from all of that. Nonetheless, it is filled with no end of atmospheric entertainment and activities. There are lots of things to do in Cardiff.

While it once had a reputation of being an industrial city, Cardiff has changed in recent decades. It is now a lively and modern city, filled with exciting shopping centres, delicious food, green parks, and historic bars. However, the city still retains its historic roots, and there are still many castles scattered around it. Here are 11 things to do in Cardiff:

Home of the Welsh rugby team, Cardiff’s Principality Stadium (popularly known as Millennium Stadium) sits in the city centre beside the River Taff. The famous Millennium Stadium host all kinds of sporting events, as well as plenty of other large-scale shows.

Just outside Cardiff sits Castell Coch, or the Red Castle. It also lies along the River Taff, amidst lush woodland. The product of a vivid Victorian imagination, the stunning neo-gothic castle was built by William Burges for the third Marquess of Bute and is full of dazzling ceilings and over-the-top furniture.

Weaving through Cardiff’s city centre is a network of Victorian and Edwardian shopping arcades. Retaining many of their original features, they are almost like a step back into the past. The arcades are filled with interesting shops, from vintage clothes to second-hand books, record shops, ice cream parlours, cafés, and some of the city’s best restaurants.

Cardiff is built along the River Taff, and a ride along it is one of the best ways to see the city. Once choked with coal dust its waters are now crystal clear and a haven for wildlife. Its banks have lovely walks that are one of the best things you can do in Cardiff.

Cardiff has a brilliant museum near its city centre. It is full of natural history wonders like the skeletons of a woolly mammoth and a humpback whale. The museum is also home to world-class art, and regular exhibitions. It is a fantastic place to spend a few hours.

Right in the middle of the city centre, Cardiff Castle’s magnificent walls have stood proudly since the 11th century. Visit the incredible and lavish Victorian rooms, such as the Arab Room, inside the castle. Also, see the rooftop gardens on Bute Tower. Look out for the Animal Wall – a row of animal sculptures designed in 1866, found along the castle’s outer walls

Visiting this 100-acre open-air museum is an excellent way to learn about Wales’ historical past. It contains re-erected buildings from various eras, including old schools, butchers, bakers, ironsmiths, and workmen’s institutes. There is also a traditional farm full of animals and a village of old-fashioned shops on its grounds.

Cardiff may be a modern city, but it is filled with historic pubs. For those who like a traditional drinking experience, places like The Rummer Tavern (est. 1713), The Goat Major (est. 1813), Owain Glyndwr and Dempsey’s (both est. 1731) are the way to go.

Much like its Arcades, Cardiff Market also takes you back in time. This vast old-timey market is filled with stalls selling everything from books to fresh fruits and vegetables, souvenirs, and cooked meals.

Named after one of the city’s most famous natives, the Lutheran Norwegian Church Arts Centre on the bay was built for the city’s Norwegian seamen. Once frequented by the sizable Norwegian Community, such as Dahl’s family, it is now an arts and live music centre which also sells traditional Norwegian-style food.

Cardiff is well connected to other places in the UK. The Cardiff International Airport offers a limited range of international flights as well as daily connections to other UK cities. The city’s main railway station, Cardiff Central, is just two hours away from London. Apart from inter-city trains, there are also Arriva Trains Wales that operate throughout Wales.

The Cardiff Queen Street station near the city centre connects the city to the suburbs and nearby towns. The city also has an excellent bus service. It covers both the city itself and destinations in the nearby Vale of Glamorgan.

There are many other fascinating places to see in and around Cardiff. If you can think of any other things to do in Cardiff, be sure to share them in the comments below.