11 Things You Cannot Miss In Egypt

Home of the great pyramids and a history stretching back over 7000 years, it’s no surprise that Egypt is such a popular destination. Besides the majestic Pharaonic attractions of Giza or Luxor, Egypt is home to other unique cultures, traditions, food, and exciting activities. So if you’re planning to visit, look beyond the pyramids and Ancient Egypt. Here are 11 other things you cannot miss in Egypt: 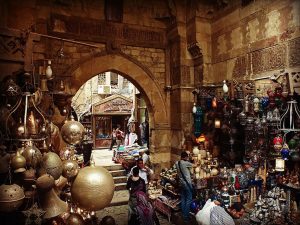 One of Cairo’s most iconic markets, the narrow alleyways of Khan El-Khalili are a true Aladdin’s cave of treasures. Egyptian vendors sell everything from clothes, to hookah pipes, spices, jewelry and other trinkets. It is the best place to pick up authentic souvenirs, though you should be prepared to bargain.

Marvel at the Sultan Hassan Mosque 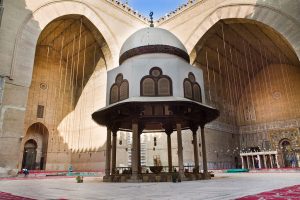 Said to be one of the largest mosques in the world, the massive Sultan Hassan Mosque in the Old City of Cairo covers an area of 85,000 square feet. It is also a Madrassa and is famed for its innovative and extravagant architecture.

Drop in at the Egyptian Museum 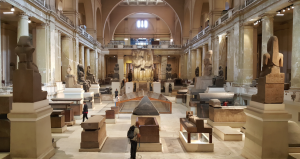 Also known as the Museum of Cairo, the Egyptian Museum features some of the greatest archaeological finds from all over Egypt. With over 120,000 items, it has the most extensive collection of pharaonic antiquities. However, by November 2018, many of these will be relocated to the new Grand Egyptian Museum near Giza. 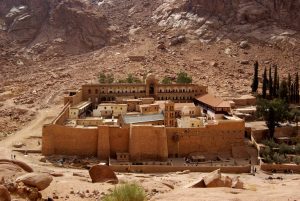 One of the oldest working Christian monasteries in the world, the Sacred Monastery of the God-Trodden Mount Sinai, lies at the foot of Mount Sinai. It is named after a Christian martyr called Catherine of Alexandria and contains a library of manuscripts only outnumbered by the Vatican.

Go on a Nile Cruise 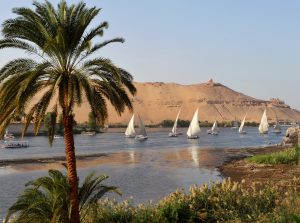 One of the things you cannot miss in Egypt, is a Nile cruise. No visit to Egypt is complete without a trip down the Nile River. Whether you go for an hour or a few days, in a boat or a falouka, it offers the best way to see all the ancient sites along the river. After all, “Masr Hebat Al Nile,” Egypt was gifted by the Nile.

Hike to the summit of Mount Sinai 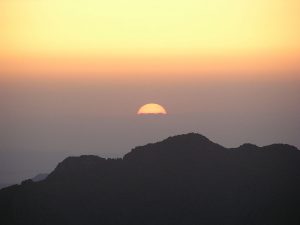 Also known as Mount Horeb, this mountain in the Sinai Peninsula is considered holy by the Abrahamic religions as the biblical Mount Sinai where Moses received the Ten Commandments. It is topped by a small Greek Orthodox Chapel and a Mosque. The summit offers breathtaking views, especially at sunrise or the sunset. 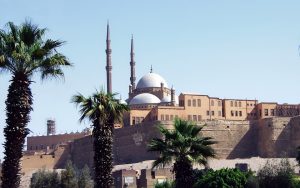 The medieval Cairo Citadel was built by the Ayyubid ruler Salah al-Din in the early 12th century to protect it from the Crusaders. It also houses the Mosque of Muhammad Ali at its summit. Today it is known for its beautiful Islamic architect, museums, and history. The Citadel is definitely one of the things you cannot miss in Egypt.

Walk through the White Desert 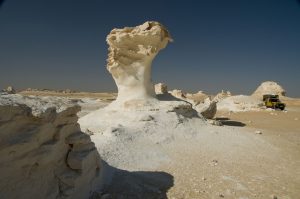 A national park near Farafra, the White Desert is known for its stunning limestone rock formations and snow white sands. The Bedouin-inhabited area is also home to numerous wells, such as Bir Sitta and Bir Sab’a. They are excellent spots for swimming and relaxation. 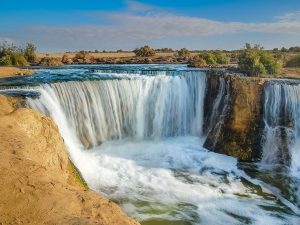 One of Egypt’s oldest cities, El Fayoum is just 100 kilometers to the southwest of Cairo. Located in the Faiyum Oasis, the ancient Egyptians, Greeks, and Romans all settled here. It is also close to the Wadi El Rayan waterfalls, the Wadi El Hetan valley, and the exhilarating sand dune surfing in the desert. 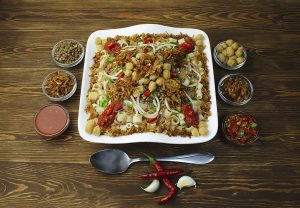 Food is an essential part of experiencing any culture, and Egypt is no different. Try an authentic Egyptian breakfast of foul medames (cooked fava beans) and baladi bread; or Asab Al Sokar (sugarcane juice), perfect for the Egyptian heat. However, one of the most traditional meals is Koshari (pictured). Made with rice, macaroni, lentils, and tomato sauce with garlic vinegar poured, topped with chickpeas and fried onions, it is a truly delicious treat.

Dive into the Red Sea 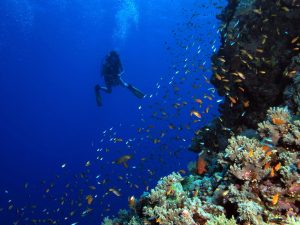 While towns on the Mediterranean, such as Alexandria are popular cruise destinations, the Red Sea offers many great diving sites where you can explore the rich ecosystem and marine life. Locations such as  Marsa Alam, Hurghada, Sharm Al-Sheikh, and Dahab are especially popular.