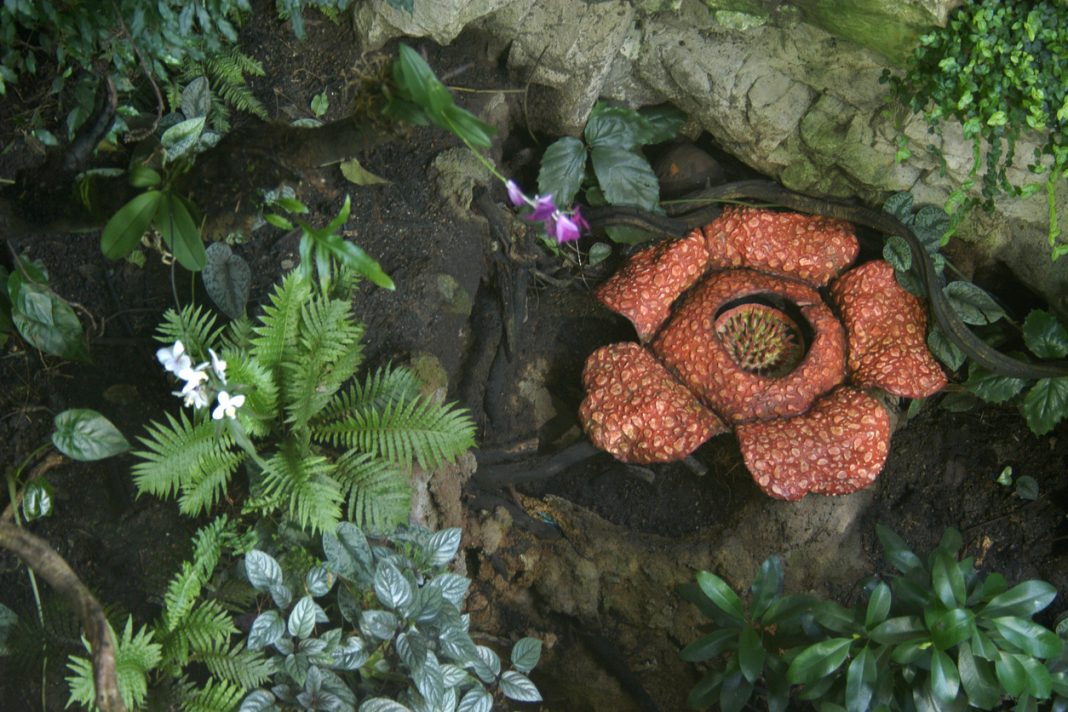 Throughout the years, mother-nature has baffled us with her strange and unusual creations. With more than 298,000 species of plants on earth, we are surely going to find some bizarre plants among them. Here is a quick look at some of the strange plants or trees found on the globe and where can you find them:

8 Strange Plants From Around The World 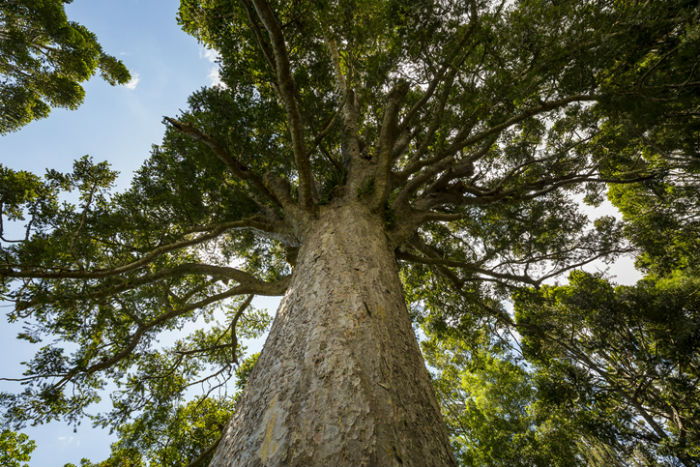 Found on New Zealand’s Kauri Coast, these trees are among the world’s mightiest trees, growing to over 50 m tall, with trunk girths up to 16 m, and living for over 2,000 years. The Kauri coast in New Zealand is home to the last and largest remaining kauri trees in the world. Due to their sheer size, these trees were best used to manufacture sailing ship masts, carving and building houses, which is why most of the great Kauri forests have been cleared. Visit the Waipoua forest in the North Island to see those that remain. 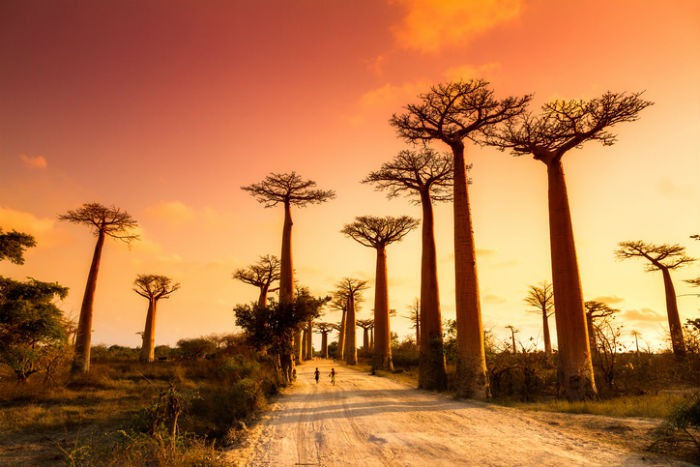 The baobab tree is a strange looking tree that grows in low-lying areas in Africa and Australia. Adapting to the environment, this tree can provide food, water and shelter to animals and humans both. During the rainy season, it absorbs and stores water in its vast trunk, enabling it to produce a nutrient-dense fruit in the dry season when all around is dry and arid. This is why it became known as “The Tree of Life”. Boabab trees can grow up to enormous sizes and since its trunk doesn’t have any growth rings, its age can only be measured through radiocarbon dating. 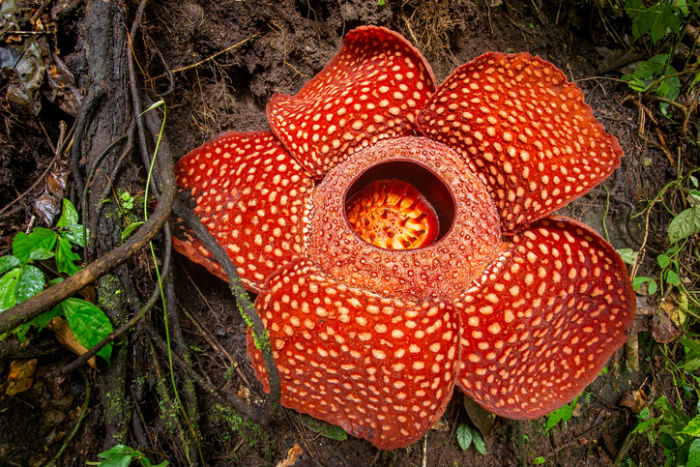 This exotic and rare flower derives its name from Sir Stamford Raffles, the founder of the British colony of Singapore and is certainly famous as ‘world’s largest flower’. Majorly found in Sumatra and Borneo jungles, this speckled, though not particularly pretty, rust coloured flower can exceed three feet in diameter and weigh over 20 pounds. That’s not it, this parasitic flower emits the most putrid smell to attract pollinators and prey.

Commonly known as the humped or floating bladderwort, Utricularia Gibba is a perennial aquatic herb with small bright yellow summer flowers. This widely distributed carnivorous plant grows floating in boggy waters ith no roots and feeds on small animals. Found in many warmer regions of the earth in bogs and on the edges of ponds, U. Gibba has complex modified underwater appendages or “sacs” that trap insects and other small animals; providing them with excess nutrition which allows them to survive in low nutrient conditions. They’re found almost everywhere on the planet, except Antarctica.

This parasitic plant is one of the most bizarre plants on the African continent. Completely devoid of chlorophyll, it looks like fungi and it has no stems or leaves. There is, however, a flower. Therefore the only time it is only distinguishable from fungi when the flower opens. The buds of these bisexual flowers develop underground and eventually emerge to reach a height of about 100 to 150 mm. This strange plant is harvested from the wild for local use as a food, medicine and source of tannin. 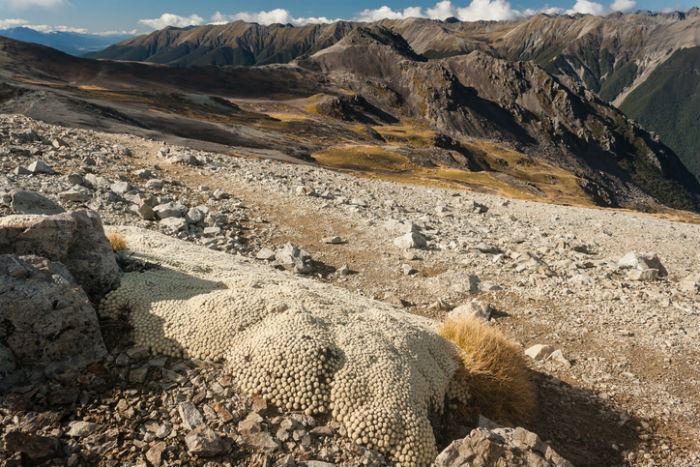 These large shrubs can be found in the mountains of New Zealand’s South Island and are called vegetable sheep due to its appearance. The cushion-like ‘woolly’ leaves maintain warmth and protect the plant from a weighty snowpack, and the carpet of hair-like trichomes on the leaves are reflective as well as insulating. 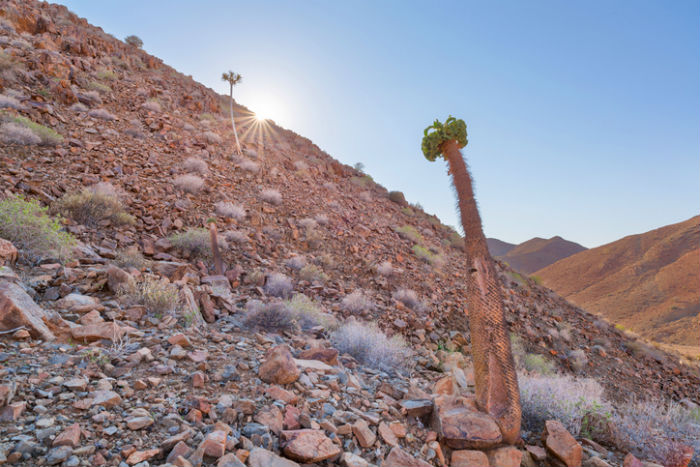 Found at an altitude of 400 to 1000 meters above sea level, Halfmens is a spiny, cactus-like tree with a crown of large leaves at the top of a single, tall trunk. They can be found in the southern Namib Desert and the drylands in northwestern South Africa. 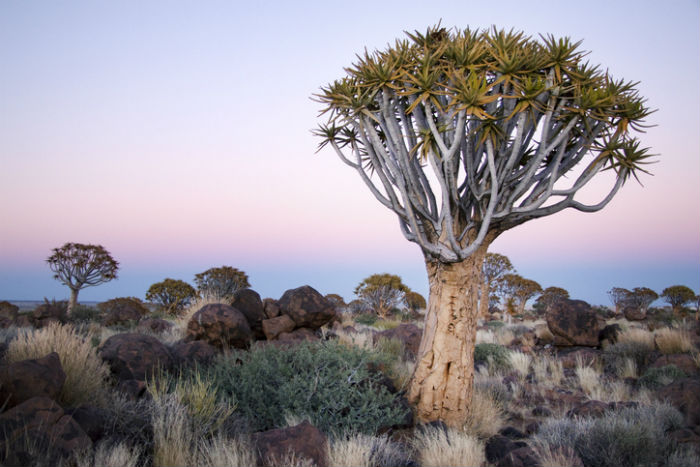 Also known as kokerboom, these trees are found in very dry habitats in Namibia and South Africa and provide food and shelter for many insects, mammals and birds. They are locally referred to as “quiver trees” because the branches and bark are used by Kalahari San Bushmen to make quivers for their arrows. These strange plants are a rare sight. Don’t skip these.

Follow these strange plants around the world and do let us know about your experiences below!

Also Read: Ready To Explore The Largest Forests In The World? 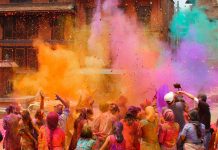 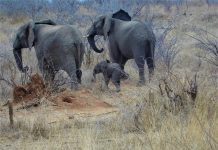 What Happens When You Drive Yourself Around The African Bush 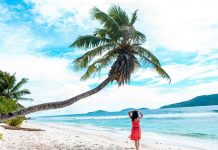 Are You Ready To Visit The Best Budget Destinations In 2020? 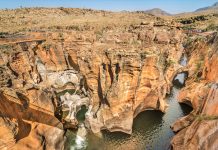 Are South Africa’s Panorama Route And Blyde River Canyon Worth The Visit?