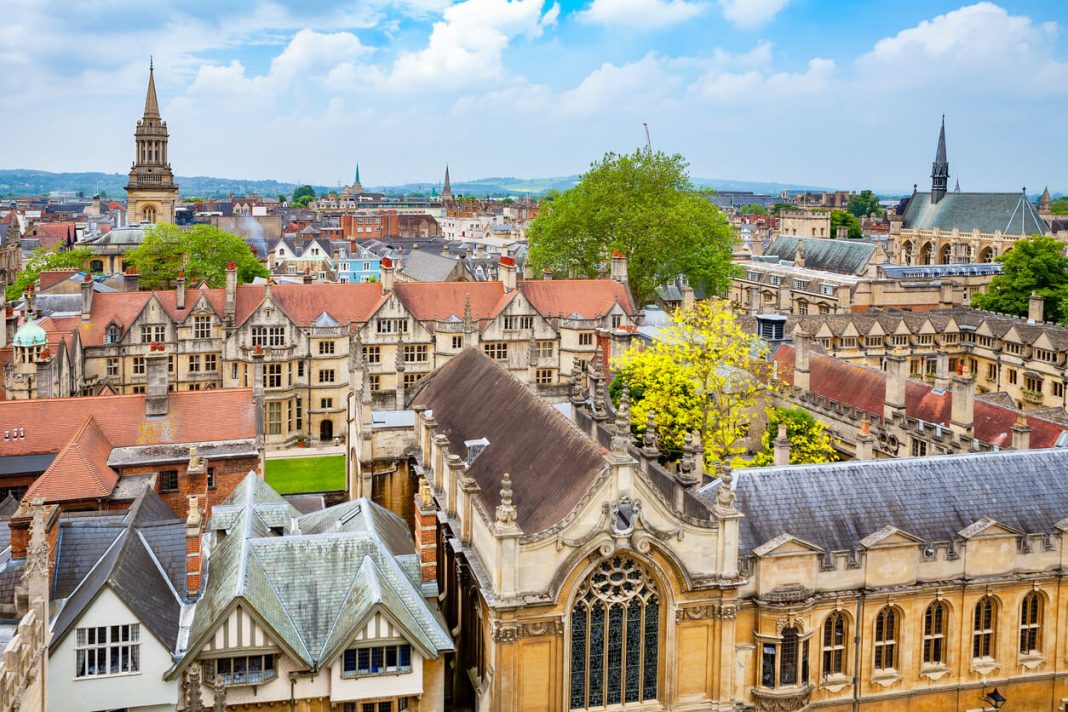 Oxford, in southern England, is one of the world’s most famous university cities. Only an hour away from the bustle of London, this city is steeped in history, and dotted with prestigious colleges and august buildings. Here are some things you must see

Radcliffe Square is possible one of the most iconic sights in Oxford. Surrounded by grand historic buildings, such as University Church of St Mary the Virgin and the Bodleian Library, it truly gives you an idea of what the city would have been like over the ages. Walk around the cobbled streets and marvel at the awe-inspiring architecture, but don’t miss the imposing Radcliffe Camera!

Near Oxford’s busy High Street is the tranquil idyll of the Oxford Botanic Garden. It is Britain’s oldest botanical garden, with beautiful glass houses, a conservatory, pond, and stunning formal gardens. Stepping inside its stone walls, you’ll feel as id you’ve been  transported far away from the hustle and bustle of the city.

Perhaps the most famous of Oxford’s many colleges, Christ Church – like much of Oxford – is stuck in the past. The spectacular Great Hall, its dining room, inspired the Great Hall of Hogwarts in the Harry Potter films. Its Tom Quad, quiet Christ Church meadow, and the imposing 12th-century cathedral are not to be missed either. If you only plan to visit one college, make sure its this one!

Running through Oxford, the River Cherwell is as integral a part of the city as its University. You can throw down a blanket and enjoy a picnic during the warm summer days, or hire a boat to explore the banks of the picturesque river instead. The more adventurous can even hire a punt and attempt to stay upright in the water.

5. The Bridge of Sighs

Hertford Bridge, commonly called the Bridge of Sighs, is another distinctive Oxford landmark. The skyway connects the two parts of Hertford College over New College Lane.  The 100-year-old bridge was designed by Sir Thomas Jackson. This ornate bridge gets its name from its similarity to the Bridge of Sighs in Venice, but has its own special charm.

The Grand Café is an Oxford institution. The gilded, mirrored, and marble-pillared opulent café stands on the site of  oldest coffee house in England, according to Samuel Pepys’ 1650 diary. Treat yourself to a classic English Tea, complete with sandwiches, scones, cream tea and a glass of Champagne, as no visit to Oxford is complete without a stop at this beautiful little piece of history.