More
Home Asia Cambodia A Museum Of Mines – Part I 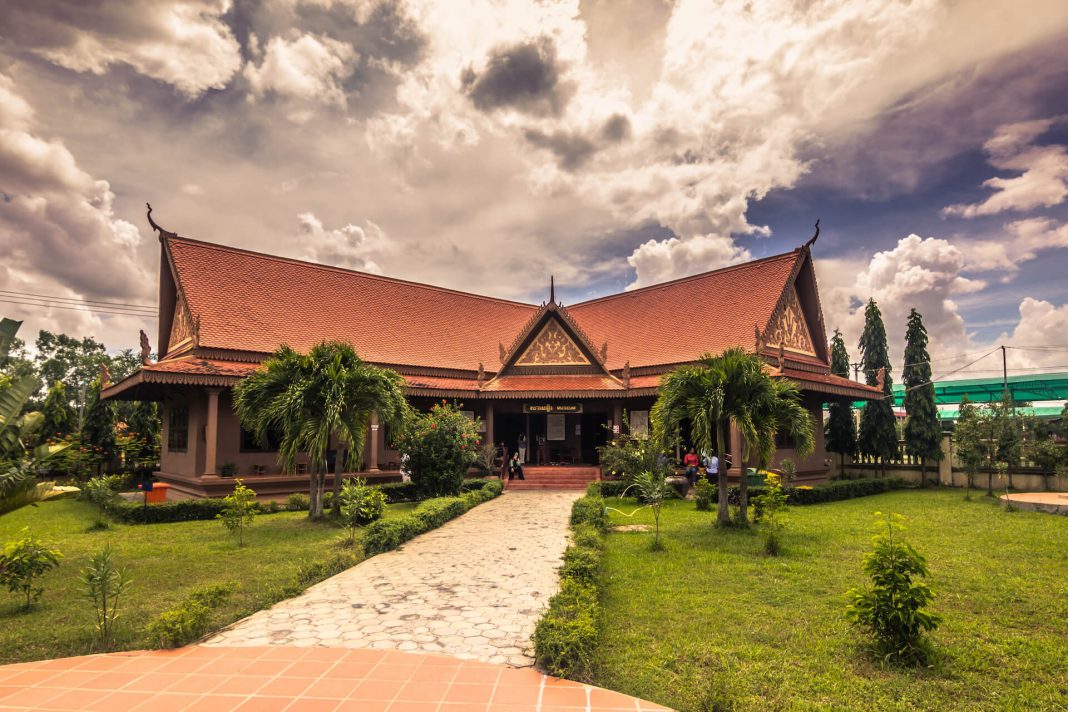 A Museum for Mines sounds odd at the very outset. This museum is probably one of a kind in the world too. The nondescript concrete structure is a mere 10 minutes away from the ancient splendour – The Angkor Wat. The Angkor is so central to the Khmer identity that it features in the Cambodian flag. The Lonely Planet Guide to Cambodia says that it is blasphemous to spend less than two days there. It is after all the largest temple complex in the world. Why should anyone make a detour to a museum that has for its central edifice, a monument of defunct land mines heaped inside a glass pagoda?

Museums often showcase relics of an age long gone – fragments of civilisation that continue to be venerated to the present day. The artefacts on display would have inexplicably travelled far in time. Tracing that journey is never simple for it is intertwined with the rise and fall of a civilisation itself. The mines in the museum too have a story to tell -a story of one of the most brutal social experiments in human history.

Human societies have always been in a state of flux. We humans as a species have not perfected a way to organise ourselves. The powerful have always preyed on the powerless. Social structures change over time as newer forces struggle toward the centres of power. As the wheel turns, the ones beneath inevitably get crushed. What if someone breaks the wheel?

In the summer of 1975, a Communist guerrilla Army that called itself the Khmer Rouge marched into the capital, Phnom Penh. Soon as the capital fell, the civilians were rounded up and marched into the country side, far from the city and far from the vestiges of an Urban society they so despised. Victorious in the eight year long civil war, the Khmer Rouge sought to remake the society by first breaking it. Over night, any civilian with a semblance of education was declared the enemy and killed. The rest were imprisoned in the vast open countryside forced to grow rice. As one survivor vividly recalled, the Khmer Rouge often proclaimed that the land was the paper and the plough was the pen; anyone who said otherwise was the enemy, and the enemy had to be killed.

Disease was rampant in the forced labour camps. There were none to treat them as the doctors had all been killed. During the four years of the Khmer Rouge reign about 1.5 to 2 million people died of starvation, disease, or summary executions. The days were long and the nights terrifying as the ones marked for questioning were picked up mostly after nightfall. The ones picked often succumbed to the brutal interrogation. Escape from the labour camps was impossible as they were heavily guarded by the Khmer Rouge. And there were the mines.

Mines were first planted by the Cambodian government in their fight against the Khmer Rouge in the 1960s. Once the Khmer Rouge won, they simply added more. The Khmer Rouge too fell in 1979, defeated by the invading Vietnamese army; but the landmines remained. Once planted, a land mine can remain active for about a century. It is said that the cost of removing a landmine is over ten times that of making it. Following the defeat of the Khmer Rouge, thoroughly battered and traumatised the country began to rebuild itself. One of biggest challenges in that process was the clearing of mine fields and making the countryside safe again.

Almost all the mines encased inside the glass pagoda were removed from the country side owing to the efforts of one former Khmer Rouge child soldier. Aki Ra’s earliest memories begin with the Khmer Rouge years. What happens when a child’s earliest memories are that of brutality, control and starvation? How then does the child make sense of the world around? What happens when the child becomes an adult?

More on Aki Ra’s life in Part II of the article.