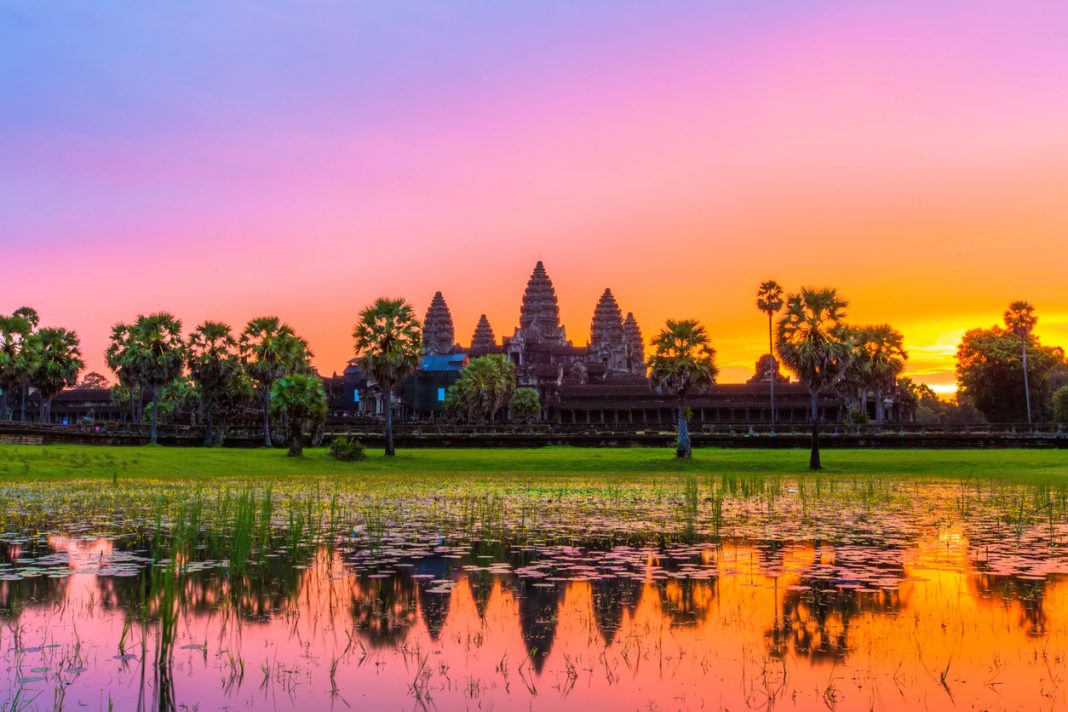 Located in Southeast Asia, Cambodia is a beautiful country know for its ancient temples. They are architectural gems, with rock art and carvings which have their own appeal, attracting millions of travelers in a year. These temples will awaken your inner Tomb Raider, making the experience a mind-blowing immersion of fine architecture at its best.  A great number of Angkorian t

Angkor Thom is the capital city of the Khmer Kingdom, surrounded by high walls spanning more than seven miles with five Gopuram gates, connected by a causeway adorned with Deva’s stone figures it’s an architectural marvel. Also known as the Great City, Angkor Thom has a few temples and monuments that make visitors enthralled by its beauty. The place houses the famous Bayon temple on its premises and the “Terrace of Elephants” which is said to depict a battle in Khmer history.

Angkor Wat is one of the best temples in Cambodia and an archaeological gem. It is on every traveler’s bucket list and a backpacker’s dream. This Khmer archaeological wonder has 5 concentric walls and moats alongside, which symbolizes a cosmic chain of mountains and an ocean.  Every wall is covered by exquisite carvings depicting Apsara scenes, wars and Hindu legends. The outer gallery greets you with a series of stone sculptures depicting various episodes from Ramayana and Mahabharata. Angkor Wat is featured on the Cambodia flag and while it is a popular attraction it is important to be respectful of the temple. The temple has an etiquette guide, which suggests visitors cover their upper arms and knees.

Built in the 12th and 13th early century, Bayon is a magnificent temple located amid the dense jungles of Angkor. Mystical towers with giant faces, which are said to represent divine peace are what attracts visitors to this divine temple. These faces depict the face of a king and a message of spiritual worship. The carvings on these towers portray a unique spiritual balance between the teachings of Hinduism and Buddhism, it’s definitely and experience difficult to find elsewhere.

Banteay Srei also know as “The Pink Temple”, translates to ‘” Citadel of the Women”is also another temple to visit in Cambodia.. This know jewel of Khmer are dating back to the 10th century is believed to have been built by women due to its fine carvings. The temple is smaller compared the domineering structures of Bayon and Angkor Wat, but is filled with mesmerizing artistry which can be seen in the motifs, figures of gods as well as the carvings. The pink limestone and the artistic designs also make it a beautiful backdrop for amazing pictures.

This breathtaking temple in Cambodia makes quite an impression with its fallen premises being entwined by giant fig vines and roots, almost as if it has been reclaimed by nature. These roots clutch onto the temple, seeping through every nook and corner giving it an eerie setting making it one of the best temples to visit in Cambodia. This temple is also famous due to the 2001 Lara Croft film starring Angelina Jolie being filmed here.

If you are looking for an authentic Indiana Jones experience, Beng Mealea should be on the list of temples in Cambodia that you need to visit. This ancient Buddhist and Hinduism temple is overgrown by nature and was long lost in the Cambodian jungle. It has only been recently cleared for visitors but since its falling apart you are allowed a free reign to explore the temple as you wish, but be mindful of a few spiders which may be scuttering around.

Built in the 9th century to serve as the king’s state temple, Pre Rup is a Hindu temple in Cambodia dedicated to Lord Shiva. The name “Rup”means outlining a deceased body with ashes,  in modern Cambodian culture the temple is  used for funeral processions as many believe that was its original purpose . Built using grey sandstone this temple has not been able to survive the test of time and the detailed intel carving can be seen only if you visit the South-west tower.

Sambor Pre Kuk was the original capital of the Khmer Empire and is older than Angkor by around 300 years. Decorated sandstone was a popular design for pre-Angkor temples and became known as the Sambor Prei Kuk decorative style. If you wish to avoid crowds this is a must-visit temple in Cambodia.

Untouched for around 800 years, this architectural wonder has been open for visitors only recently. Built in the 12th century this Angkorian temple is located in a remote area which will make you feel like Indiana Jones looking for a lost ruin. Once the center of the ancient city the temple is almost in ruins. If you wish to unleash your inner explorer this temple is a must visit for you.

Covering around 800m the Preah Vihar has been considered a masterpiece of Khmer architecture by UNESCO. Originally built by seven rulers, the temple consists of a series of linking sanctuaries with multiple levels and staircases. Due to the sheer size of Preah Vihar, you will have to spare a few hours to explore this temple.

Now that you have a list of the best temples you are all set to explore this mystical land where there is something to be discovered at every turn. With a combination of history and spirituality, a trip to any of these temples will be a journey of a lifetime. If you have visited any of these temples, how was your experience? Did we miss out on your favorite one, do let us know in the comments below.

emples can be found in Cambodia which are on every traveler’s list. These temples offer you a glimpse of a fusion between Hinduism and Buddhism and delve you in a mythological wonder. So, if you are planning a trip to Cambodia here’s a list of the temples you need to visit. 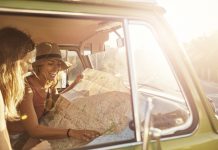