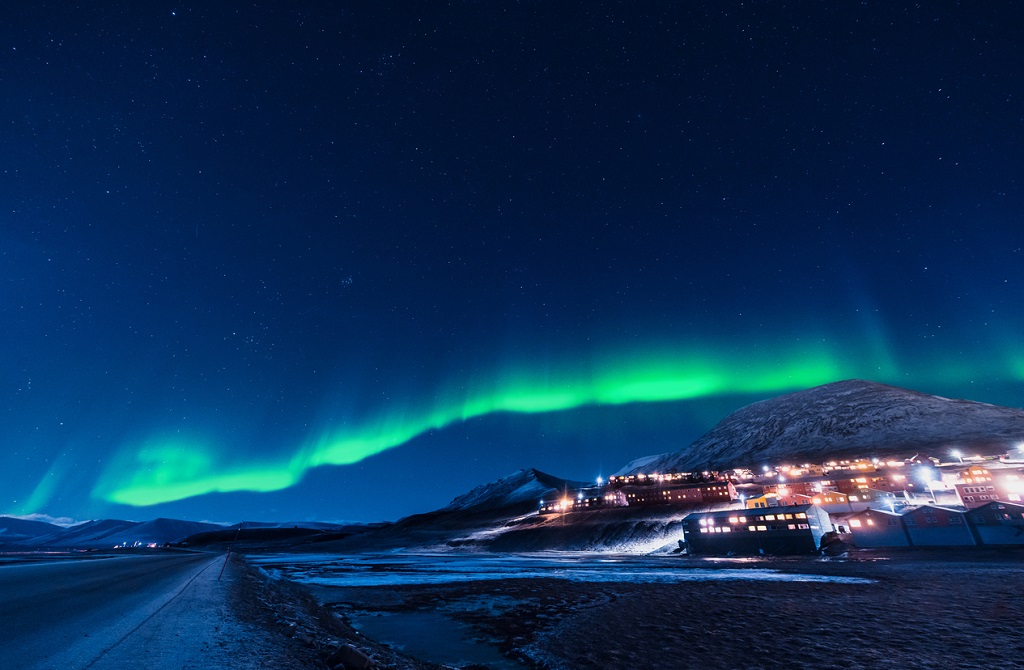 The Northern Lights in Norway, or the Aurora Borealis, is one of the most beautiful sights in the world, considered one of nature’s miracles, but actually just the laws of science putting on a spectacular show. The Northern Lights extend from 50 miles to 400 miles above the earth’s surface. The natural phenomenon occurs when the sun’s charged particles (mainly electrons and protons) get trapped in the Earth’s magnetic field. They get ionised and start interacting with each other, creating a brilliant blaze of lights, visible of course only against a dark sky. The Northern Lights found in Norway dance in the heavens, in brilliant shades of green, blue, purple, and red. The different colours are caused by different gas particles colliding with each other. As spectacular as the Northern Lights are, they are equally unpredictable.

How To View The Northern Lights In Norway

Best Time To Visit The Northern Lights In Norway

Norway is the perfect place to view the Northern Lights because of its high altitude and proximity to the Arctic Circles. Even though the Northern Lights are active around the year, the visibility usually occurs between the latitudes of 65° and 72° North. The best time to visit the Northern Lights in Norway starts October and extends up to March. Since darkness helps the naked eye to view the Aurora Borealis in Norway, the best season to visit is winter. Tromsø and Alta, in northern Norway, are famous towns to view the lights. Summers in Norway are tough on tourists who want to view the Aurora Borealis. Summer is the time for ‘Midnight Sun’, when the sun barely sets and the horizon is lit for almost 24 hours. Furthermore, places with low pollution are an ideal setting for a clear view. It is good to stay in the northern regions of Norway.

Solar storms can also cause high visibility even at lower altitudes, usually during June or July. If you are flexible about your travel duration and dates, there are forecasts 15 days prior to the occurrence of huge solar storms. You can plan your trip around them to get the best views of Aurora Borealis in Norway.

From late September to March, Norway experiences dark afternoons, and this lasts until late hours of mornings. March and April is the period for the spring equinox. As there is high solar activity it makes these months good times to see the Northern Lights in Norway. The weather in November, December, and January is very cold. Visit during that time only if you are ready to handle sharp drops in the temperature. Even though these months have the darkest nights, November has more covered skies than clear skies, making it difficult to view the Northern Lights in Norway. Months like September and October have high solar activity even though the nights are not very dark.

Best Places In Norway To See The Aurora Borealis

Visit the Northern Lights or Aurora Borealis in Norway for a good amount of time to increase your chances of  viewing it. As mentioned earlier, they are very unpredictable and the weather is volatile as well. Install applications that help you track the weather forecast, and give you the possibility of the occurrence. Wear warm clothes since darker nights mean much colder nights. You can choose to take a local tour guide to help you. This is usually helpful but check if it is within your budget. Try to enjoy the beautiful spectacle in the best way possible.