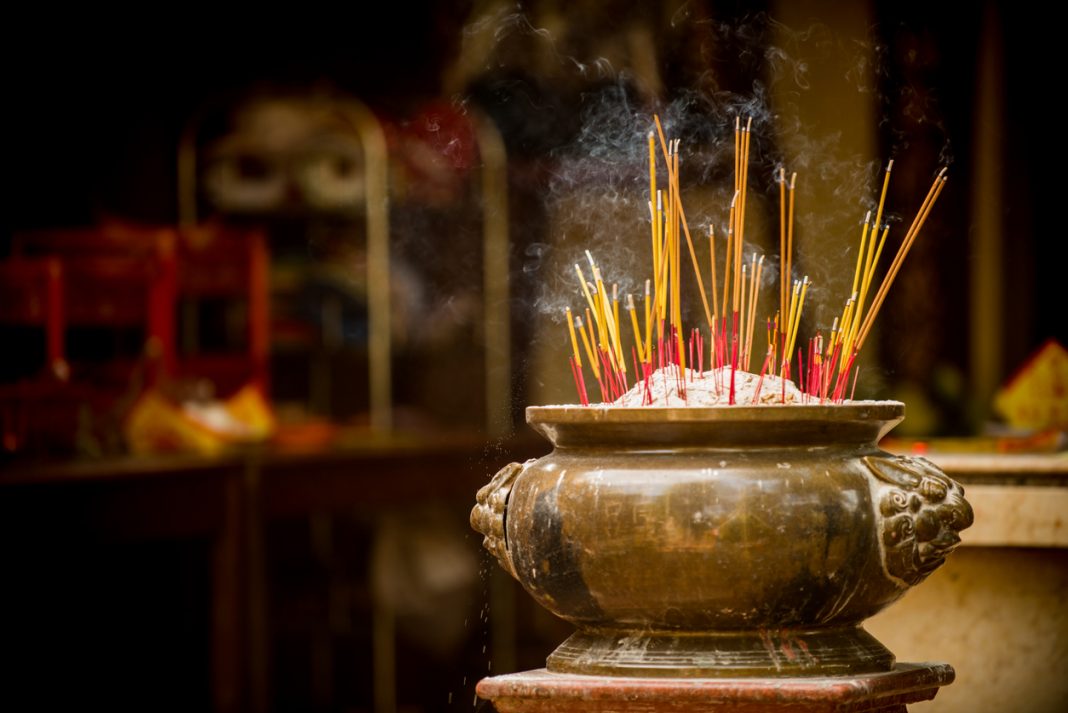 Buddhism is one of the oldest religions in the world. It originated in India sometime between the 6th and 4th centuries BC, and eventually spread out across Asia, and the world. Being the birthplace of Buddhism, there are many wonderful Buddhist temples in India. With its impressive architecture and tranquil surroundings, they are situated at almost every corner of the country.

While there are of course a lot of these temples across the country, here are 8 Buddhist temples in India that you must visit. Have a look and make your itinerary accordingly!

Considered to be the most sacred of the Buddhist temples in India, the Mahabodhi Temple in Bihar is was the first temple built by Emperor Ashoka in the 3rd century BC. Located in Bodh Gaya, this is said to be where the Buddha is said to have attained enlightenment; while meditating under the ancient Bodhi tree.

This temple contains a 180-foot tall “shikhara tower” that has several motifs engraved on its surface. The temple also a statue of the Buddha made from yellow sandstone inside a glass box. The sacred Bodhi tree is also located next to the temple and is surrounded by stone fencing.

Located in the city of Varanasi in Uttar Pradesh, Sarnath temple is believed to be where Buddha held his first spiritual discussion as an enlightened master. This holy temple was built by Emperor Asoka; and it features the Great Dhamek Stupa; Chaukhandi Stupa; Dharmarajika Stupa; Mulagandha Kuti Vihar and other archaeological wonders.

Located in the city of Kushinagar, Uttar Pradesh is another of the Buddhist temples in India of utmost importance to the Buddhists. Set amidst extensive lawns and ancient ruins, this temple is quite known for its six meters long idol of Sleeping Buddha.

The monolithic idol was built from a single piece of red sandstone of Chunar and rests on a huge platform made from brick with four stone pillars at its corners. While the idol itself symbolises the highest state of salvation achieved by Lord Buddha when he left for his heavenly abode, the posture denotes the dying age of Buddha.

Located on a hilltop at Sanchi in the Raisen District of Madhya Pradesh, the Sanchi Stupa is one of the oldest stone structures in India. Built in the 3rd century BC, under the supervision of Emperor Ashoka’s wife and daughter, the temple has a large hemispherical dome. It is surrounded by four gateways, called Toranas, which are intricately carved and face four different directions each representing love, trust, courage and peace.

The magnificence of this old stone structure has also garnered itself a place on the list of UNESCO World Heritage Sites.

Situated 1.5 km away from Mahaparinirvana temple in Anrudhwa, Uttar Pradesh, the Ramabhar Stupa is said to be built over a portion of the Buddha’s ashes; on the very spot where he was cremated. A renowned destination for Buddhist pilgrims, it was constructed by the rulers of the Malla dynasty. The stupa rises 50ft in height and also faces the road that joins Kushinagar with Deoria.

Housed at the Thiksey Monastery in Leh, the Red Maitreya Temple is known for its 49 ft clay statue of the Maitreya Buddha. This tall statue covers two storeys of the monastery and is painted a striking golden colour. Located amidst the mountains of Ladakh, the temple offers breathtaking views of the town and the surrounding rugged mountains.

The walls of the temple are also decorated with beautiful paintings depicting the images of Mahakala, Avalokiteshvara, and Buddha that take you back to the past.

Built by Buddhists who came to India from Thailand, the Wat Thai Temple is another gem. Located in the city of Kushinagar, the architecture of the temple is a blend of Thai and Indian Buddhist styles.

The temple is part of a lush forest area, and is surrounded by trees and shrubs; as it was originally conceived as a forest monastery. Constructed to commemorate a victory of King Bhumibol of Thailand, the temple is also a popular destination tranquillity amidst nature.

Nestled in the foothills of the Eastern Himalayas, the Golden Pagoda is Burmese style Buddhist temple. Also known as Kong Mu Kham, the entire temple complex covers an area of 20 hectares and has 12 domes. It is located in the Namsai district of Arunachal Pradesh.

Built in 2010, it also serves as a venue for Kathina festival which is celebrated in the month of November. At the end of the festival don’t miss the Loi Krathong ceremony which is a sight to behold!

Thousands of lighted lamps float in a pond nearby during this ceremony!

Of course, there are many other Buddhist temples in India.  Visit these gorgeous Buddhist temples and let their hospitality and the calm atmosphere wash over you; also do let us know about your experiences in the comments below!