More
Home North America Canada How Many Of These Canada’s Most Famous Cities Did You Know? 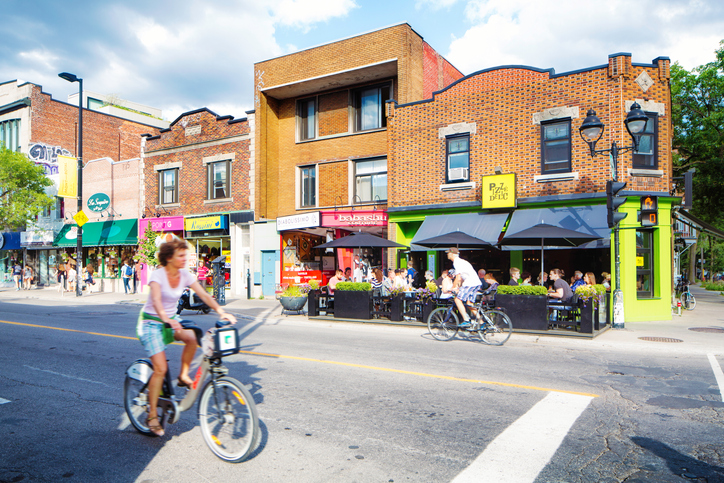 A gorgeous country in North America Canada is known for many things. The picturesque scenery, ice hockey, and of course delicious maple syrup. It is also known for the architecture in many of its cities and the French influence. Known as one of the best places to live, Canada’s most famous cities are highly influenced by French Architecture. With each city having its own unique personality, Canada has something for every type of visitor to explore. Many of the best cities to visit in Canada are gateways to magnificent wilderness areas and exciting recreational facilities, including some of the best ski resorts in the world.

Capital of the Canadian providence, Toronto is the most populous city in the list of Canada’s most famous cities. Toronto is an international center of business, finance, arts, and culture, and is recognized as one the most multicultural and cosmopolitan cities in the world. A famous landmark of this city is the CN tower which is visited by tourists regularly. Toronto hosts the most professional sports teams in the entire country and is home to various sports franchise franchises like the Blue Jays, the Toronto Maple Leafs, and the Raptors. Designed in a Romanesque Revival style Canada is also home to the beautiful Royal Ontario Museum. In addition to all the urban finery of a major Toronto has access to miles of Lake Ontario waterfront and the three rivers that intersect the city provide a respite by way of trails and parks.

Vancouver is a major city in Western Canada located in the region of British Columbia. Known for having an exceptional public transport system visitors can travel from Vancouver International Airport to downtown in 20 minutes. Though consistently named as one of the top cities worldwide for liveability and quality of life it is also the most expensive city to live in Canada. This is mainly because it is home to the Whistler-Blackcomb ski resort, which is the largest ski resort in North America that attracts visitors throughout the year, for skiing and snowmobiling in the winter and zip lining and bear trekking in summer. When it comes to sports, Vancouver has the British Columbia Place, which is a multipurpose stadium that is home to the BC Lions of the Canadian Football League and Vancouver Whitecaps FC of Major League Soccer.

Montreal is located in the Canadian province of Quebec. Named after Mount Royal, the triple-peaked hill at the heart of the city Montreal is officially a French-speaking city. The city is home to 50 of Canada’s national historic sites.  Old Town which is a central neighborhood close to the water is the biggest draw in Montreal because it has preserved much of its 17th-century architecture and cobblestone showcasing the city’s French influence. Montreal was referred to as ‘Canada’s Cultural Capital’ by Monocle magazine. The city is a center for French-language television productions, radio, theatre, film, etc.

Another French-speaking city, overlooking the Saint Lawrence River is the city of  Quebec. Most visitors are drawn to the city’s core known as Vieux-Quebec which features cobblestone streets, boutiques, cafes, and restaurants. Quebec City is famous for Fairmont Le Chateau Frontenac, a historic fort that continues to function as a military installation. A hot destination for architecture enthusiasts, beauty is everywhere you look, from architectural details to exceptional museums like the Musée national des beaux-arts du Québec.Musee national des beaux-arts du Quebec.

Calgary is a city in the Canadian province of Alberta. It is home to a festival featuring rodeo events, concerts, special activities, and exhibitions galore, all over a period of a week. Known as the first city in Canada to host the Winter Olympics, back in 1988 people visit Calgary in early July to celebrate its farming and ranching heritage. A few of the cities must-visit tourist attractions are the  Heritage Park Historical Village, a revolving restaurant at Calgary Tower, and also Prince’s Island Park by the Bow River. Calgary gets pretty cold during winters so layer up if you are planning a winter vacation.

Ottawa, located in the eastern part of southern Ontario, is the capital of Canada. If you wish to have a peek into the Canadian Government, take a guided tour of the Parliament Building, on Parliament Hill and the majestic nature of the building’s architecture will leave you fascinated. The city is also home to the best museums and galleries in the country. Few popular museums are the Canadian War Museum, Canadian Museum of History, Canadian Aviation and Space Museum, and the Canadian Museum of Nature. The National Gallery of Canada is quite a spectacle. Ottawa also throws many epic festivals.  Canada Day, Winterlude, Canadian Tulip Festival, and Bluesfest are a few among them. One of Canada’s most famous cities, you can’t miss it from your travel list.

Halifax or the Halifax Regional Municipality, is located in the Canadian province of Nova Scotia. The city is easily accessible on foot and is great if you like to wander around and explore interesting neighborhoods. When in Halifax, be sure to check out the Canadian Museum of Immigration, Cable Wharf, and the Maritime Museum of the Atlantic, and also the Art Gallery which happens to be the largest in Atlantic Canada. . The community of Peggy’s Cove a quaint rural community is also a major tourist attraction. Halifax Public Gardens located On Spring Garden Road provides its visitor a  sanctuary in the city and if you are looking to learn a bit more about the city’s history Halifax Citadel National Historic Site of Canada is just a short walk away.

Saskatoon the largest city in the Canadian province of Saskatchewan is known to have the highest number of restaurants per capita of any city in the country. You must try the berry pie as you explore these restaurants. The city is one of Canada’s most famous cities and is known for its arts and cultural scene. Saskatoon has live music, theatre, modern art galleries, and public art installations. It is also called ‘Land of the Living Skies’ as you can enjoy a good sunset and cloudscapes from here.

Also Read: The Best Spots To See The Northern Lights In Canada

Cities here are a pleasant surprise

Through these cities, one can come to know of the diverse pleasures Canada’s most famous cities have to offer to its visitors. Whether it is looking back at the history of the various cities by visiting the museums or spending time at the restaurants to fulfil your culinary desires, or simply gazing up at the sky across the horizon, Canada is there to surprise you and make you wanting more.