More
Home Oceania - Australia and the Pacific Islands Australia The 10 Best Places to Celebrate Holi, Both Inside and Outside India 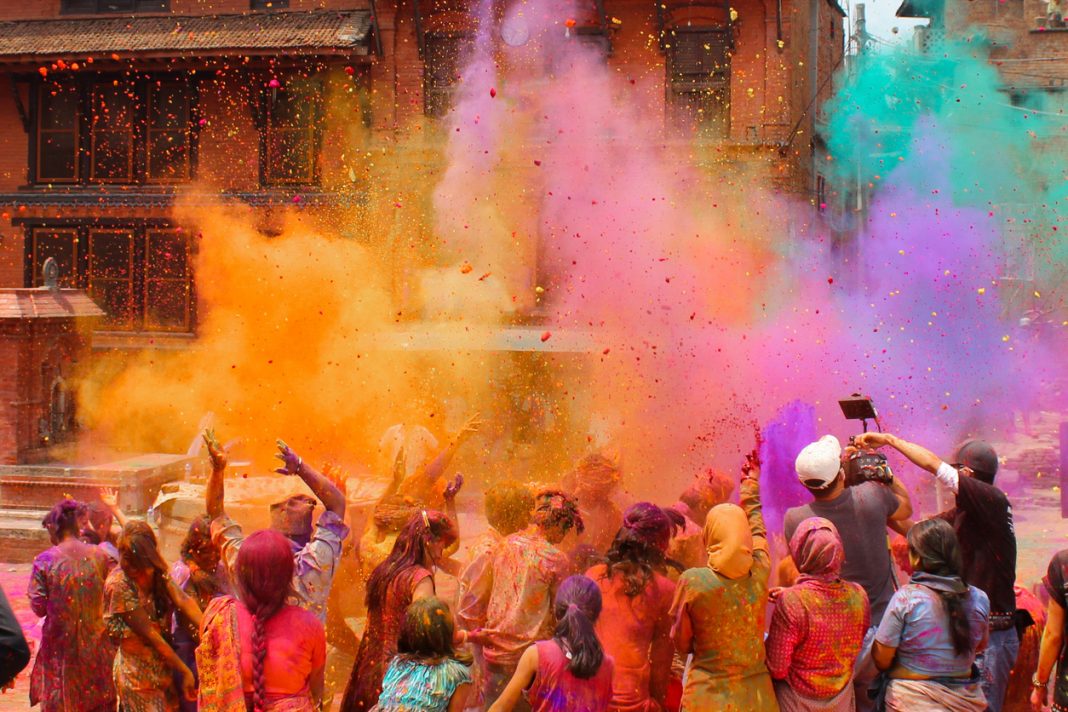 Indians (and of course tons of others) celebrate Holi with loads of enthusiasm all over the world. Celebrated as a triumph of good over evil in the honour of Hindu god Vishnu, this ancient festival takes place on the full moon day of the month of Phalgun in the Hindu calendar, or around the middle of March. It is also the second most widely celebrated festival of India, after Diwali.

People light bonfires (Holika), and play with water and colours, which brings people together and generates a feeling of brotherhood. Though this festival originated in India, Indians settling abroad took this celebration of their cultural roots far and wide. Many places around the world also celebrate Holi, though they are often not linked with the religious aspects of the original festival.

Here are 10 places to celebrate Holi, both inside and outside India:

For a memorable and regal experience, head to the royal city of Udaipur. Here, the night before Holi religious affair, where people gather together in front of a Holika Dahan (bonfire) throwing in garlands and branches. There is also a procession of the royal Mewars from the City Palace, and some dazzling fireworks. The day itself sees lavish celebrations, and the streets of Udaipur packed with people playing with colours and enjoying themselves.

Also Read: Holi-day in Udaipur, the city of lakes

Sikhs celebrate Holi (known here as Hola Mohalla) in their very own style at Anandpur Sahib, Punjab. Hola Mohalla is an event celebrated a day after the Hindu festival of Holi. While the vibrant Holi festival has lots of vibrant colours, Hola Mohalla has demonstrations of martial skills in mock battles. This goes on for three days, and is accompanied by music and poetry competitions.

Lathmar Holi at the villages around Mathura

The Holi celebrations of Mathura and Vrindavan are extremely well known across the country. Mathura is said to be the birthplace of the Hindu deity, Lord Krishna (an avatar of Vishnu), and, in addition to the Holi bonfire and the celebration with colours, the villages of Barsana and Nandagaon near Mathura have Lathmar Holi. This is an interesting part of the Holi Festival where men from the village of Nandgaon visit Barsana to be beaten by the women. Vrindavan also has Phoolon Wali Holi, which is celebrated with flowers.

Also Read: Holi In Mathura And Vrindavan 2019: A Majestic Festivity

In Shantiniketan, in the Birbhum district of West Bengal, Holi is widely known as Basanta Utsav (or the “spring festival”). Started by famous Bengali poet and Nobel laureate Rabindranath Tagore, the students of this school get dressed up in colourful apparel and put on a huge cultural show for visitors. Many travel here to take part in the festivities. You can also visit the town of Purulia in West Bengal to experience an equally vibrant celebration.

How is Holi in Delhi so very different from Holi in Mumbai; or Goa; Udaipur; or Kolkata? Delhi is famous for its musical Holi celebrations, and for its delicious food. Dishes like gujiya, masala mathri, samosa, Puran Poli, thandai, and chaats like papri chaat and dahi vada can be found across the city for people to snack on. There are also a number of vibrant parties and music festivals you can choose from here.

Once a year, the Sri Radha Krishna Temple in the city Spanish Fork, Utah hosts a vibrant celebration of the festival of colour to herald the arrival of spring. It draws people from across the state who come to celebrate, dance, sing, and play with colours.

The Melbourne Holi Festival takes place each year, even though it is autumn in the Australian city. Filled with brightly coloured powders and lots of stalls, there is also live entertainment and lots of food. The festival is free to attend but requires registration.

The celebration of Holi Festival Of Colours in Berlin celebrates togetherness and colour. It is also celebrated in location across Germany and Europe. Usually held rather late in summer (June or July), this festival has large, joyful crowds, dancing, acrobats, music, and much more.

South Africa’s Holi One festival takes place in Cape Town, as well as at Johannesburg and Durban. All along the city’s Grand Parade, people celebrate this open-air festival with coloured powders. The festival also has vibrant music and some of the biggest DJ acts in the country.

Mauritius has a large number of Hindus, and Holi is an important festival there and also a national holiday. People dress up in new clothes, perform the rituals of Holi and enjoy themselves throughout the week.

Where would you like to celebrate Holi? Let us know in the comments below.