More
Home Topics of Interest Culture Travel Celebrate The Triumph Of Good Over Evil With These Dussehra Destinations In... 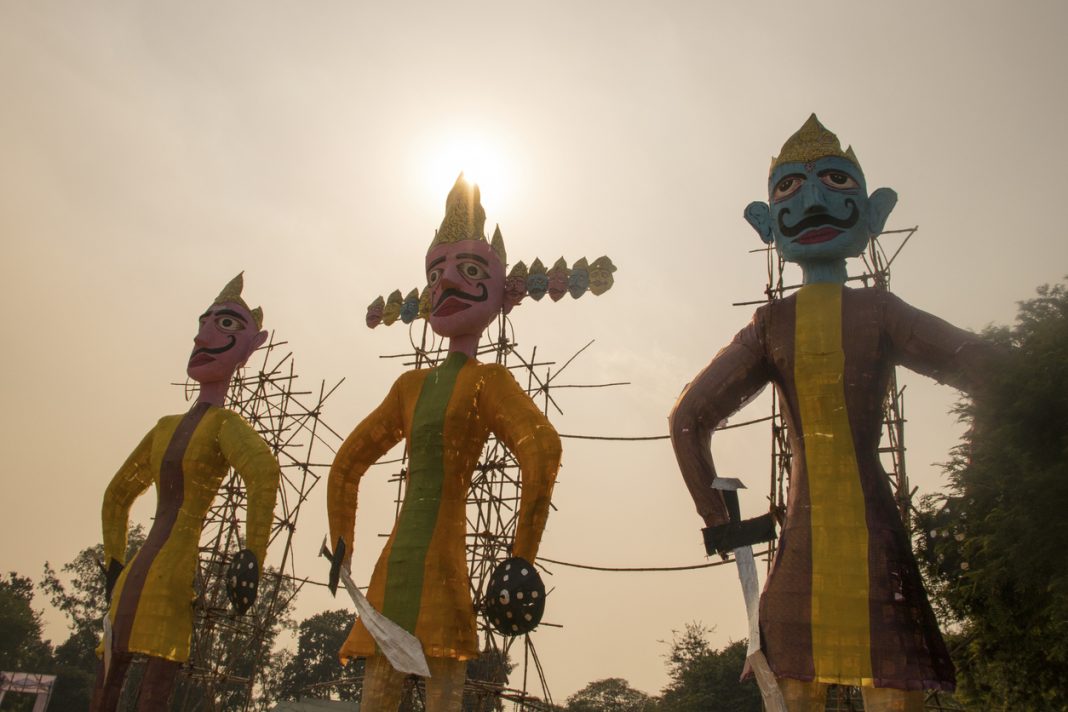 As the festive season begins, India prepares to celebrate the victory of good over evil with different colours of diverse cultures and customs. The season starts with the famous Dussehra, also known as Durga Puja and Vijayadashami in different parts of the country. While the entire nation radiates its ethnic elegance during this ten-day festival, here are the best places to experience it: 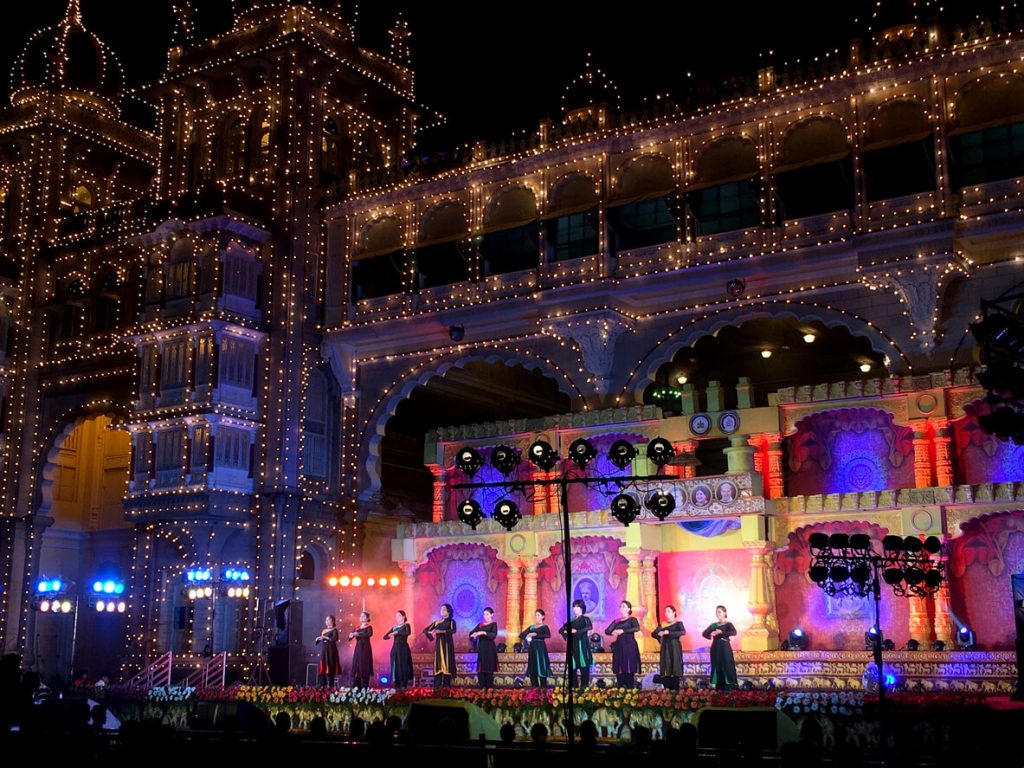 The Mysore Dussera is a spectacle in itself! Situated about three hours southwest of Bangalore in Karnataka, Mysore’s Dussera tradition goes back more than four hundred years. It honours the Goddess Chamundeswari, another form of Goddess Shakti (also known as Durga and Kali) who killed the demon Mahishasura. During this 10 day festival, several fairs and cultural performances are organized.

The festival ends on the last day known as Vijayadashami with the traditional procession on the streets of Mysore. During this procession, the Goddess Chamundeshwari is carried atop a bedecked elephant. Don’t miss the spectacularly lit Mysore Palace (illuminated by almost 100,000 light bulbs).

Also Read: A Travel Guide of Wonderful Places to Visit When in Mysore 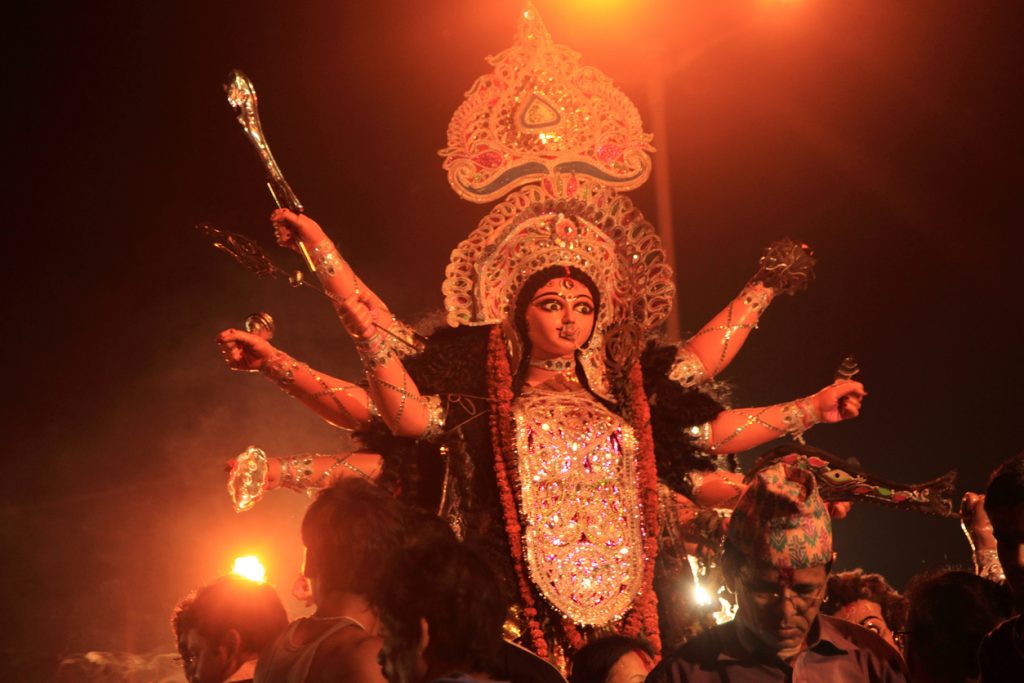 You must witness the beauty and grandeur of West Bengal during Durga Pooja at least once in your lifetime. Durga Pooja or Dussera transforms the entire state into this beautifully noisy and dynamic activity hub. You’ll find various theme-based pandals all over the state where amazing idols of Goddess Durga along with other deities are worshipped for 5 days. So hop from one pandal to the next and experience culture through traditional Bengali music and cuisine.

Also Read: Here Are The Best Durga Puja Delicacies That You Shouldn’t Miss This Season 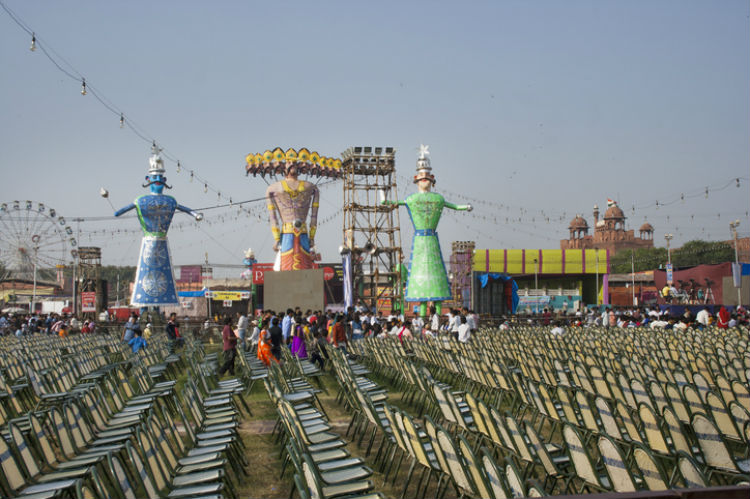 Dussehra is one of the most dramatic and entertaining festivals in Delhi. Here, the 10 days of Navratri are celebrated with hundreds of Dussehra Fairs that are organised all over the city. During this fete, special stages are set up across the city displaying the story of Ramayana through Ramleela musicals.

On the last day (Dashmi), Delhi celebrates the triumph of Good over Evil by setting alight the effigies of Ravana, Meghanatha and Kumbhakarna. The monstrous effigies explode to the sounds of cheering crowds and the night sky is then filled with a fireworks display.

Dussehra in Kullu has a unique twist: it begins on Vijayadashami, the day when the Dussehra festivities end in the rest of the country. Another royal-lead festivity, Kullu Dussera held in Himachal Pradesh is celebrated for seven days: on the first day, an idol of the gods and goddesses are carried from the temple in Manali down to Kullu, where they are taken to the palace and blessed by the royal family.

From there, they taken to Dhalpur Maidan, where they are joined by Lord Raghunath. Over 200 local gods and goddesses from all over the region are brought to participate in the rath yatra to the Dhalpur Maidan. These local deities are taken around in beautiful chariots that are decorated with amazing hues. You’ll also see people dancing to the beats of dhadaks and the sonorous calls of Narsingha trumpets to rejoice the festive day of Dussehra.

On the last day, the procession is led to the River Beas where a pile of wood is set on fire signifying the symbolic burning of Lanka. 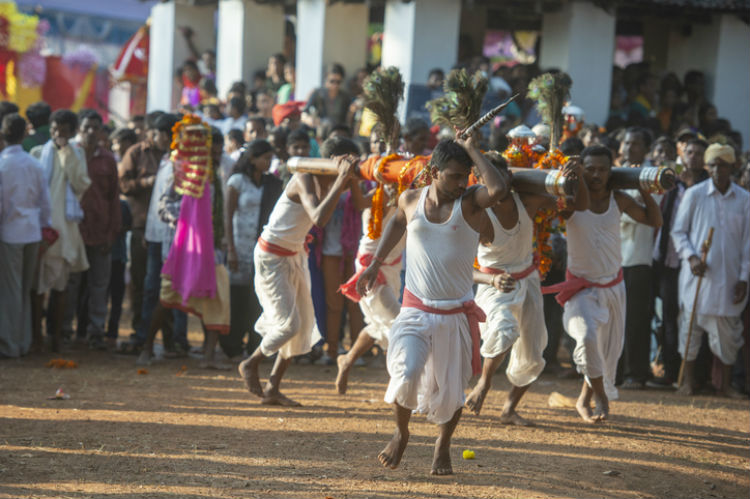 Beginning on Amavasya in the month of Shravan and ending on the 13th day of the bright moon in the month of Ashwin, Bastar Dussehra is a unique 75-day festival celebrated in the tribal heartland of Chhattisgarh. This Dussehra Celebration is an important festival of the region and is all about nature, spirituality and Devi Danteshwari (the local deity of the region).

All the region’s major tribes, brightly dressed in traditional attire partake in the unique rituals of this age-old tribal festival. Some of them are jatra (worship of wood), deri gadhai (posting of the pillars), nisha jatra (nocturnal festival), muria durbar (conference of tribal chieftains) and on the last day, ohadi (farewell to deities).

A rather unusual 10-day Dussehra festival is celebrated in a nondescript coastal village of Kulasekharapattinam. Located about an hour and a half northeast of Kanyakumari in Tamil Nadu, this little town comes alive during its 10-day Dussehra festival (also called Kulasai festival). The annual celebration revolves around a 300-year-old Mutharamman temple which is dedicated to Goddess Kali.

The pilgrims dress up in colourful costumes of gods, goddesses or even animals, of their choosing and dance throughout the night, holding flaming clay pots in their hands. It is truly a melting pot of music, dance and drama.

Also Read: Here Are 20 Festivals In India That You Cannot Miss

Have we missed any of your favourite Dussehra Destinations? Let us know in the comments below!