More
Home Asia China China Reopens Tourism: How Different Is It Going To Be From Before? 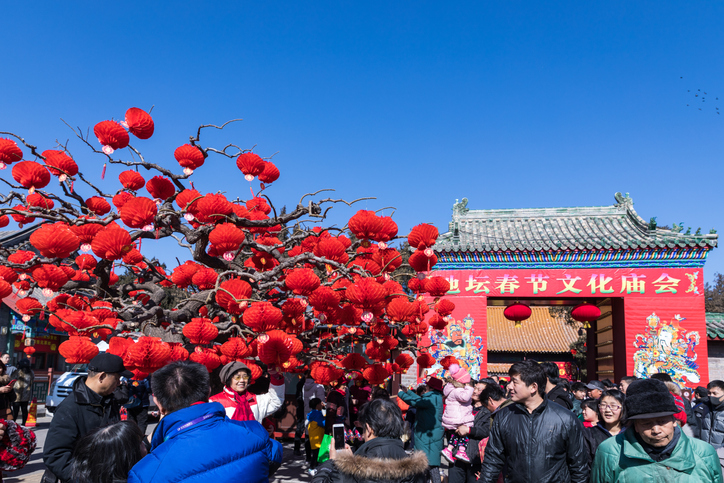 As China reopens its travel industry, there has been a surge in the number of domestic travellers in the country. As of May 1, as travel restrictions were lifted in China, and the country celebrated its first major holiday weekend since the coronavirus outbreak. Xinhua reported that China saw “nearly 104 million domestic tourist trips in the first four days of the five-day holiday”. This period also saw a surge in domestic revenue, which totalled up to 43.23 billion yuan (about $6.12 billion).

The lockdown period in China is over, and it seems the travel industry is making a comeback. According to a recent China consumer-sentiment survey by Mckinsey, the confidence in domestic travel has risen by 60 per cent over the past two weeks in China. The survey notes that although the number of travellers for the recent May-Labor Day long weekend was down 53 per cent from 2019, it clearly represents a recovery from the April long weekend when travel was down by 61 per cent.

Right now as China reopens, travel is strictly domestic, and international borders remain closed. Due to the dwindling down of coronavirus cases in China, there has been a surge in tourism, even in the once worst-hit province Hubei, and it’s capital Wuhan city, where the virus first emerged late last year. In fact, according to ‘Forbes’, Wuhan the sprawling city on the banks of the Yangtze River has topped China’s wish list of places to go this year. According to the report, the desire to go to China’s Corona Land is apparently motivated by goodwill. According to a study from the Chinese Tourism Academy in Beijing, the birthplace of the global Covid-19 pandemic today has shot to the no.1 must-see destination in the country, up from eighth place last year.

The authorities have urged the safe and orderly reopening of over 3,700 of China’s “A-level” designated scenic tourist attractions across the country. A-level refers to the Tourist Attraction Rating Categories of China which are used by the authorities to determine the quality of the attraction relative to its peers in terms of safety, cleanliness, sanitation and transportation. There are altogether five categories: A to 5A, with 5A being the highest level. These tourist sites are only 30 per cent of the total that was closed, but along with their opening, authorities will also be keeping track of the number of daily tourists (usually 30 per cent) to make sure they adhere to social distancing rules. In fact, Beijing’s method of cap crowds is a real-name booking system to limit crowds. With this booking system, visitors (that include individuals and group tours) will be able to purchase the admission ticket seven days in advance using a nationally recognised form of personal identification. Tickets will be restricted to one per identity document. Plus, the tourist will also have to have their temperature checked, show a health code upon arrival, and wear masks during their visit.

As China reopens and its travel rebounds due to the eased curbs on travel and relaxed rules, many cities have seen a surge in tourism. The cities in China (other than Wuhan) where this spike was observed were Beijing, Dalian, Tianjin and Jinan.

Xinhua reports that steps will be taken to control “passenger flows, prevent the gatherings of crowds, implement reservation systems and raise public awareness of epidemic prevention and control”.

How Are Locals Travelling As China Reopens?

While many of China’s travel restrictions have been relaxed, travel to China is still closed to almost all foreigners. Therefore, domestic tourism in China is restarting. According to the Ministry of Transport, short inter-provincial journeys by private vehicles will be the most common. Here is a consolidated table detailing the latest travel policies across China.

What Can We Learn From China?

China emerging out of the public health crisis two months after it all began, is being looked at with hope by other countries that are still struggling. As many countries around the world are still under nation-wide lockdowns, strict self-isolation restrictions including restricting access to entry, China’s early signs of recovery provide useful lessons for the whole travel industry. There are new trends that are emerging, along with the recovery of the travel industry. With the current situation, it seems domestic travel will make it return first, while international travel, especially if it involves flying, will take more time to recover. Mckinsey’s survey predicts that “the travel sectors of countries that lack large domestic markets will recover more slowly, and may open up first to travellers from nearby countries”. But as the industry is changing, by acting early and being more flexible, travel companies can get better at adapting to the changing needs and the type of travellers.

Also Read: Red China And Red Tourism: Why Is It On The Rise?