More
Home Asia India Commute In Chennai: How To Get Around Tamil Nadu’s Capital City 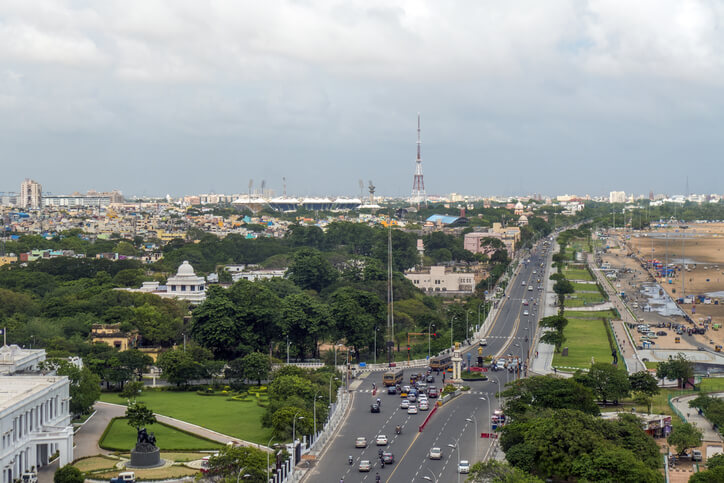 One of the gateways to South Indian culture, and home to a thriving local art and music scene, Chennai is the capital of the Indian state of Tamil Nadu. Located on the Coromandel coast of the Bay of Bengal, it also has the second longest beachfront in the world. A large city, once you’ve figured out how to commute in Chennai, you can truly enjoy the splendid beauty of the city.

More about the gateway to the South

Formerly known as Madras, this city was actually was founded in 1639 by the British East India Company as “George Town”. Under the British, the city grew to be a major hub, becoming the capital of the state of Tamil Nadu after Independence. Today, it is home to over 7 million people and a unique mix of orthodox Tamil tradition and modern cosmopolitan culture. 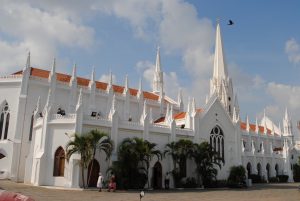 From religious places to serene beaches, there is a huge assortment of places to visit in Chennai. Here are some of the most popular

The climate in Chennai is humid throughout the year ad the city is on the coast. December to March is probably the best time to visit as the temperatures rarely exceed 30°C during the day and evenings are quite pleasant. Summers can be very hot. Be sure pack light breathable clothing.

How To Get To Chennai 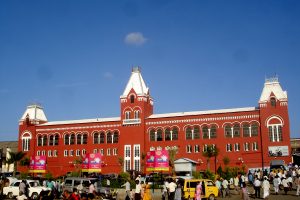 The three main ways of getting into the city are by train, bus, and air.

Chennai is home to one of the largest bus stations in Asia, the Chennai Mofussil Bus Terminus (CMBT). It has connections to various destinations within South India. There are both state-owned and privately operated buses here. However, buses often drop passengers at various points in the city before reaching CMBT.

How to commute in Chennai

Getting around Chennai can take time due to traffic and ongoing work on the Chennai Metro. A commute in Chennai can also quite expensive compared to other major Indian cities.

Chennai’s Metropolitan Transport Corporation(MTC) buses run throughout the city and at extremely low fares that range from ₹3 – ₹50. There are also Deluxe and A/C Buses. Usually, the seats on the left are reserved for women while those on the right are for men.

By Train and Metro

Chennai has a reliable suburban train network. Trains are quite frequent and provide a quick alternative to buses during peak traffic hours. Its fares are the lowest in the country with tickets starting at ₹5. The more recent Metro Train Network has two lines and trains that arrive every 5-15 minutes between 6 AM and 10 PM.

By law, autorickshaws are required to use a meter, but in reality, many either don’t or overcharge. Try to look for an auto with a meter, or the recently popular share autos. Always confirm the rate with the driver beforehand, and if you have any doubts, just find another auto.

In a city infamous for its overcharging and rude autorickshaw drivers, reliable app-based taxi services like Ola and Uber are a blessing. There are also many “call-taxis” that can be pre-booked over the phone and have set minimum fares, as well as longer-term hires.