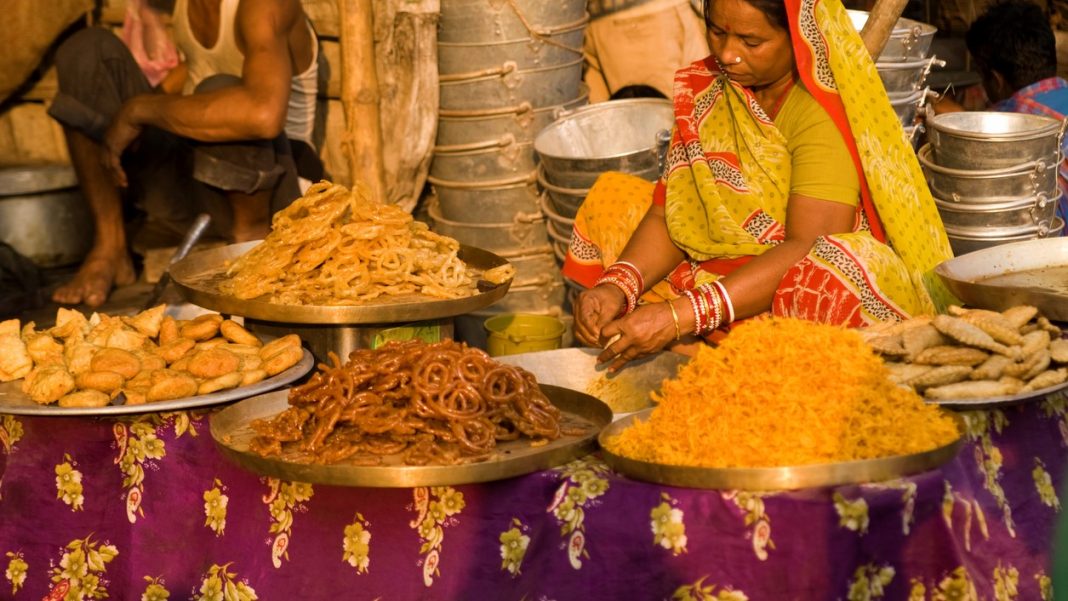 Bihari food comes from the northern Indian state of Bihar. With its rich history, and an abundance of seasonal vegetables, fruits, and meat, the state is known for various delicious delicacies. Though these dishes from Bihar encompass a wide range of foods, as well as regional cuisines like Bhojpuri, Magahi, and Maithil, Bihari food largely remains in the shadows when it comes to the exploration of Indian food. 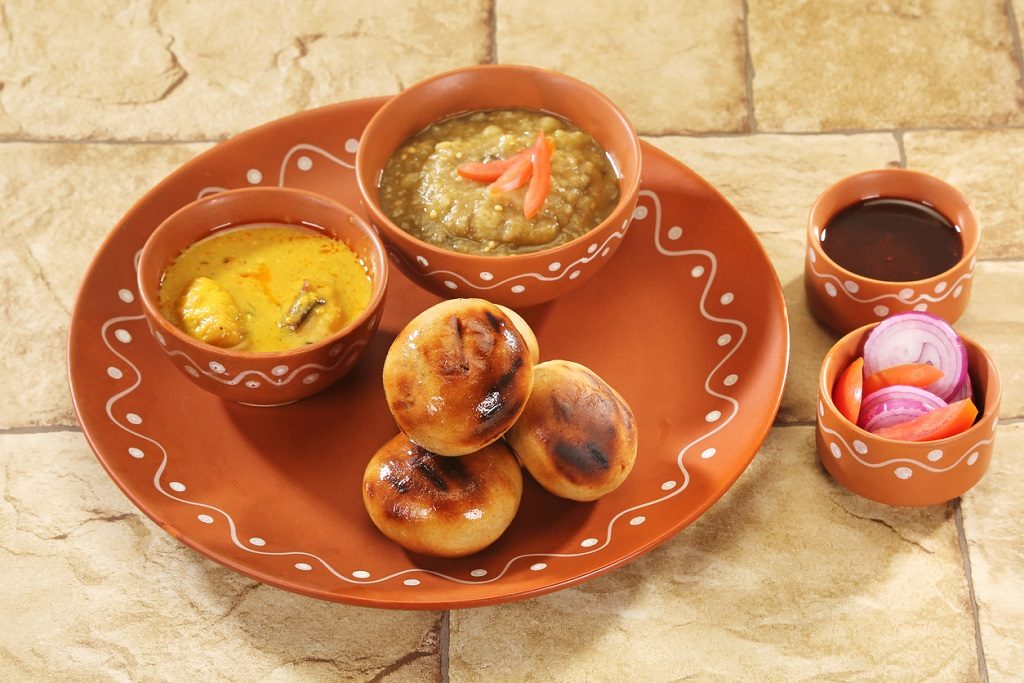 This dish consists of litti, a spicy roasted dumpling made with roasted gram flour (sattu), spices, and lemon juice. These are deep-fried or cooked over a traditional coal fire. They are then served with ghee (clarified butter), and chokha (baked potato or brinjal that is mashed with chilli, dill, coriander, onion, and garlic). 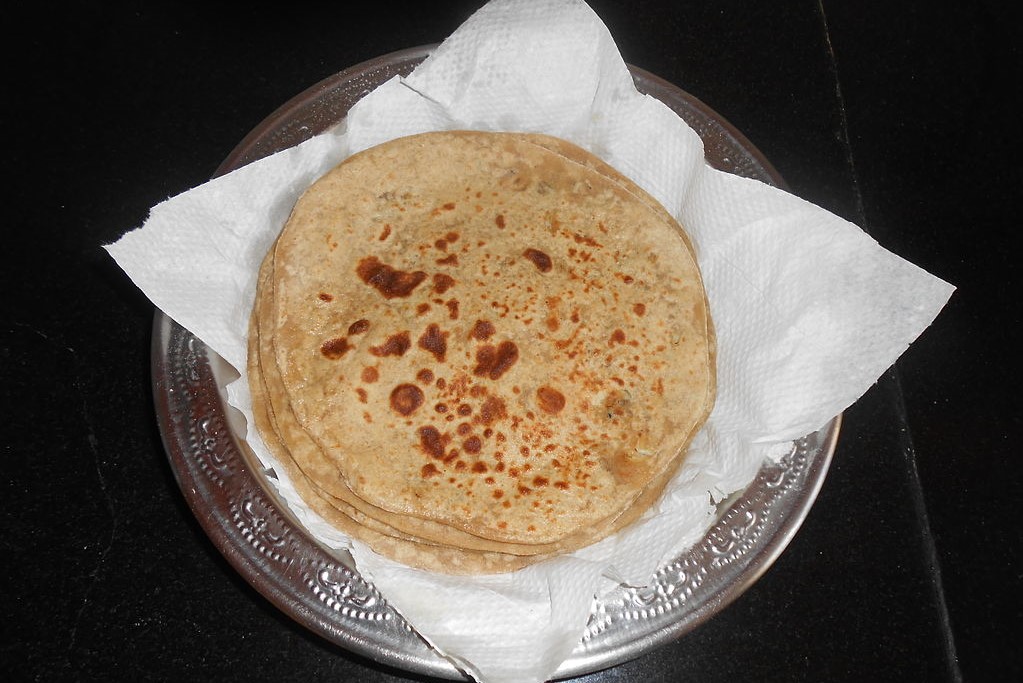 Sattu refers to Bengal Gram (or channa dal) that has been dry roasted. This is then mixed with spices, water, or milk, and used to stuff parathas or chapattis. Sattu Paranthas are often eaten during the festival of Navratri. 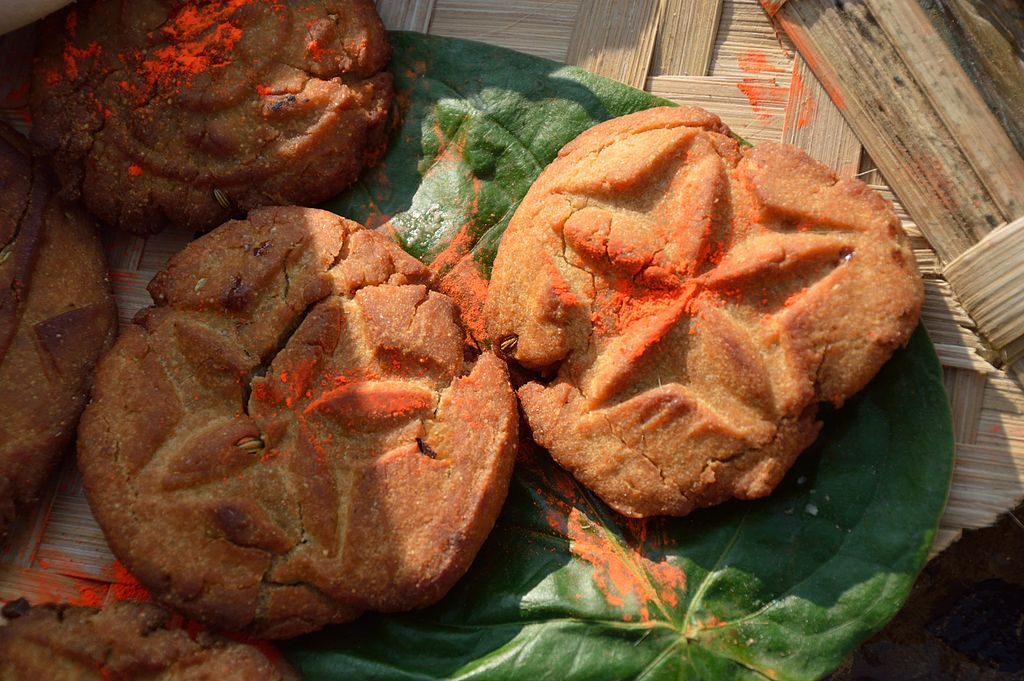 Khajuria, or Thekua, is one of the most popular snacks of Bihari food. They are made from wheat flour, jaggery (or sugar) mixed together, moulded and then deep fried. Rice flour is often substituted to create different varieties. 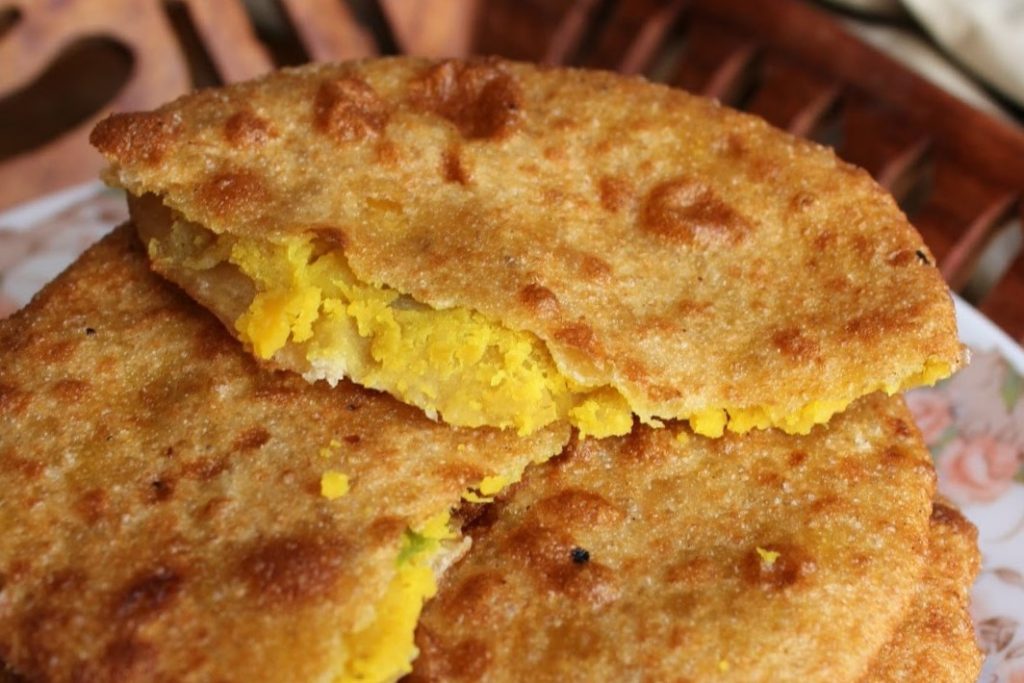 Puri is a popular food across the Indian subcontinent. However, in Bihar is made unique with the Dal Puri. Here, the puri is filled with a Bengal gram stuffing and deep fried. It is often enjoyed during the Dussehra festival. 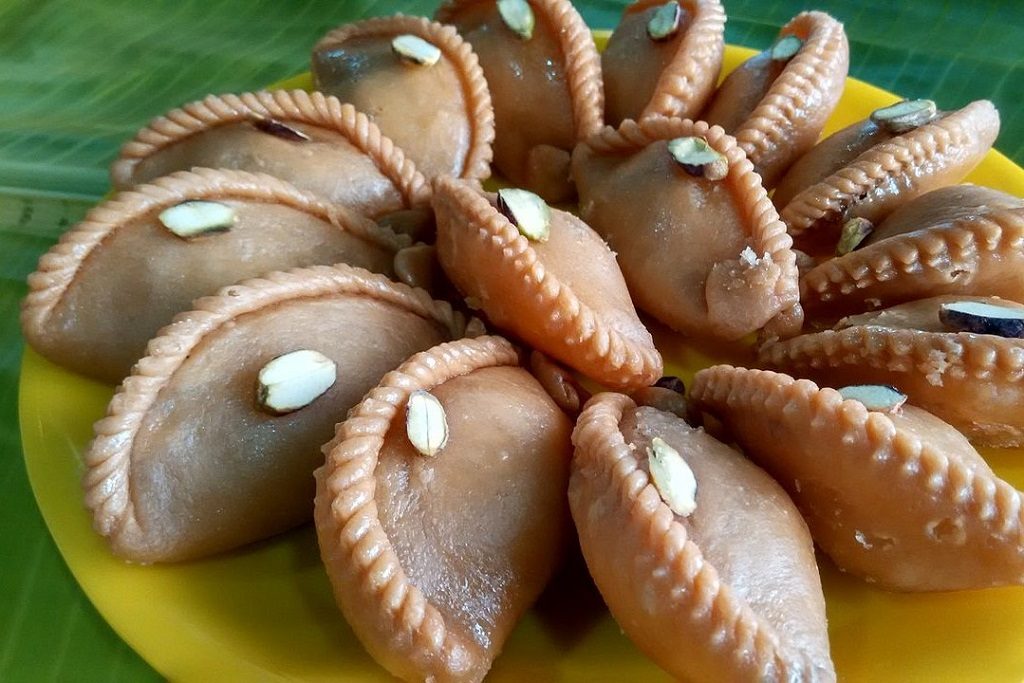 The pedakiya is one of the most famous fried sweets from Bihar. It is made by stuffing flour with suji (semolina), khoya (a preparation made of condensed milk) and grated coconut, and is enjoyed during the Teej festival. A similar dish is the chandrakala which is also stuffed with sweetened khoya along with grated coconut, and cardamom powder. Additionally, it has dry fruits and may be dipped in sugar syrup. 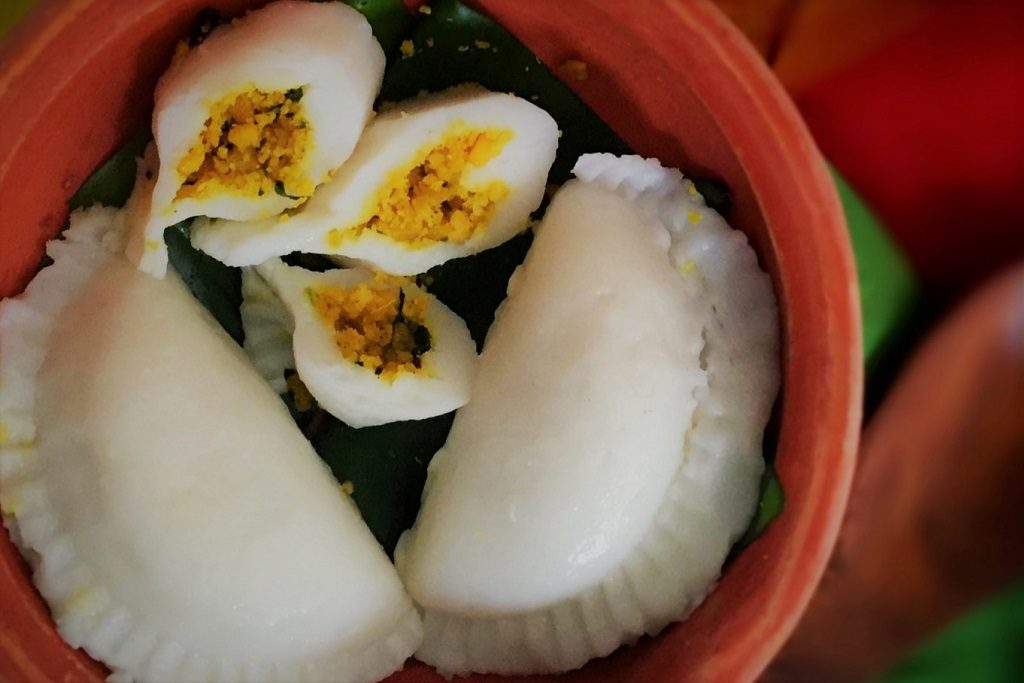 Pitha is often called the Bihari answer to dumplings and momos. Either sweet or savoury, these semi-circular balls are made of kneaded rice flour and are stuffed with Bengal gram paste or Poppy seeds and jaggery. They are then steamed in water or milk. 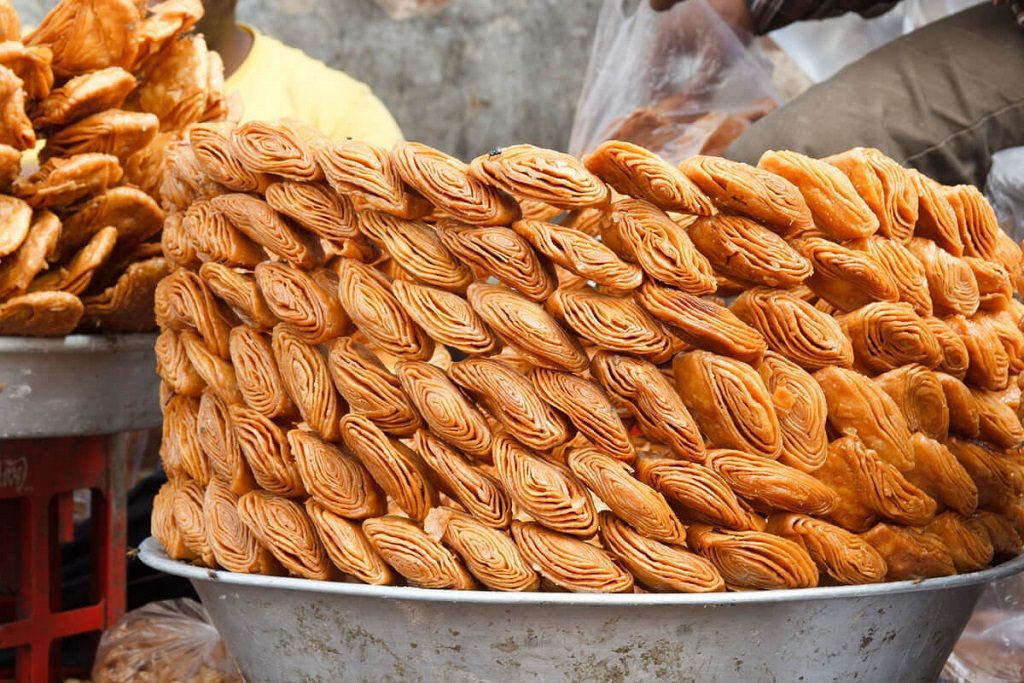 Another delicious Bihari snack, khaja is made with wheat flour and sugar, and mawa, that is deep fried and then dipped in hot sugar syrup. This crispy dessert is quite similar to the Turkish baklava and melts in the mouth. 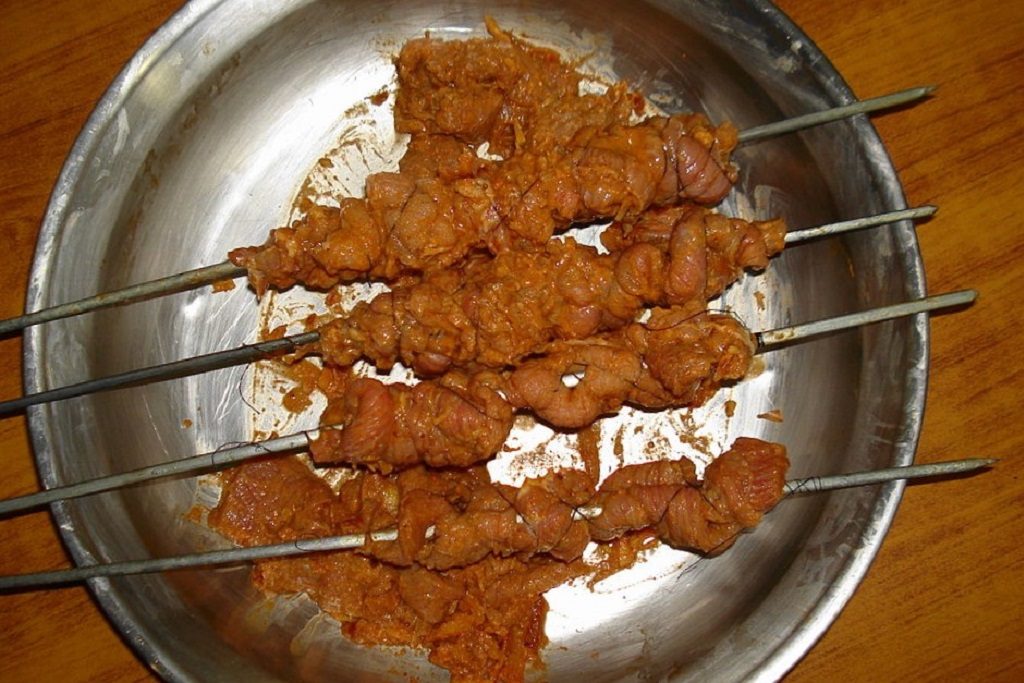 Bihar is also famous for its delicious meat kebabs. Usually made with lamb or mutton, these melt-in-the-mouth kebabs are traditionally roasted in a charcoal oven and then served with lemon and onion rings. Their historical origin is often traced to Afghan invaders. 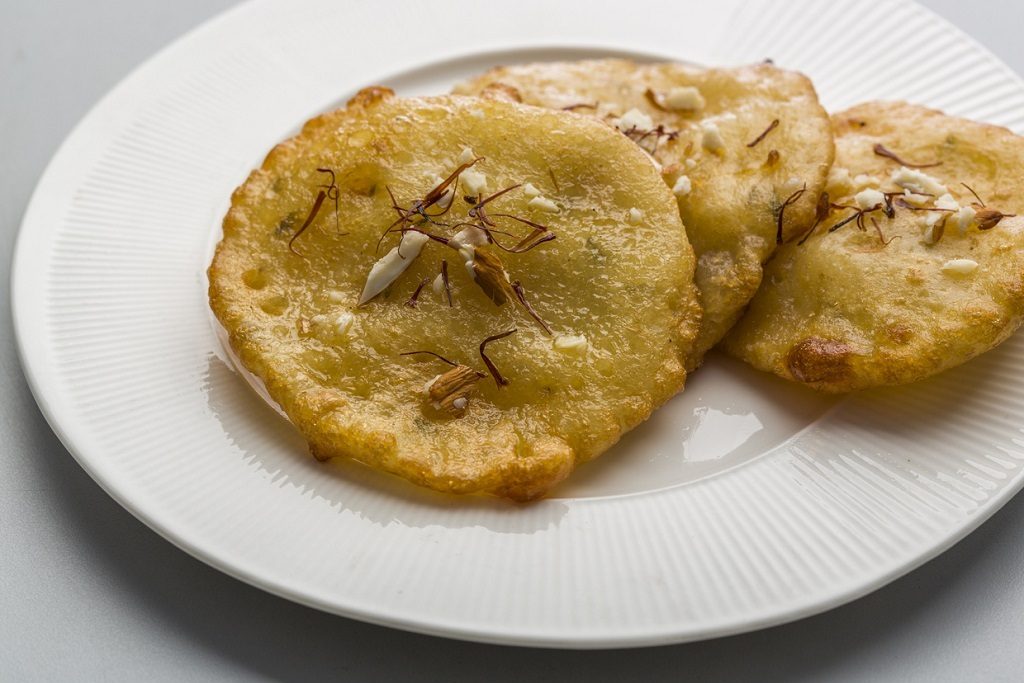 Malpua is a popular desert sweetmeat that can be found across northern India. However, the Bihari version involves mixing flour, milk, sugar and mashed bananas and deep frying them so that the edges get crispy while the centre is still soft. 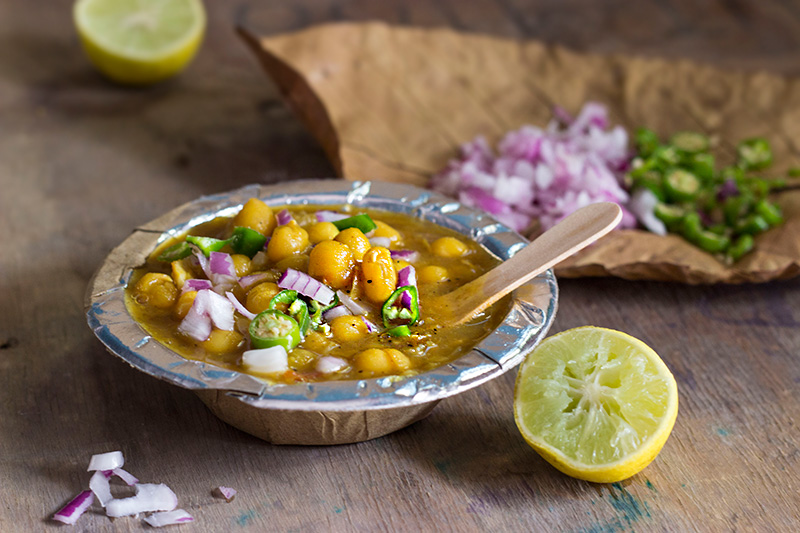 While Bengal gram (or channa dal) is often used as a stuffing, these black chickpeas can also be used in a variety of dishes. One of the most popular is ghughni. The chickpeas are soaked overnight before being sautéed in mustard oil and flavoured with spices, water, and sattu. The gravy can be eaten with puffed rice, parathas or puris. 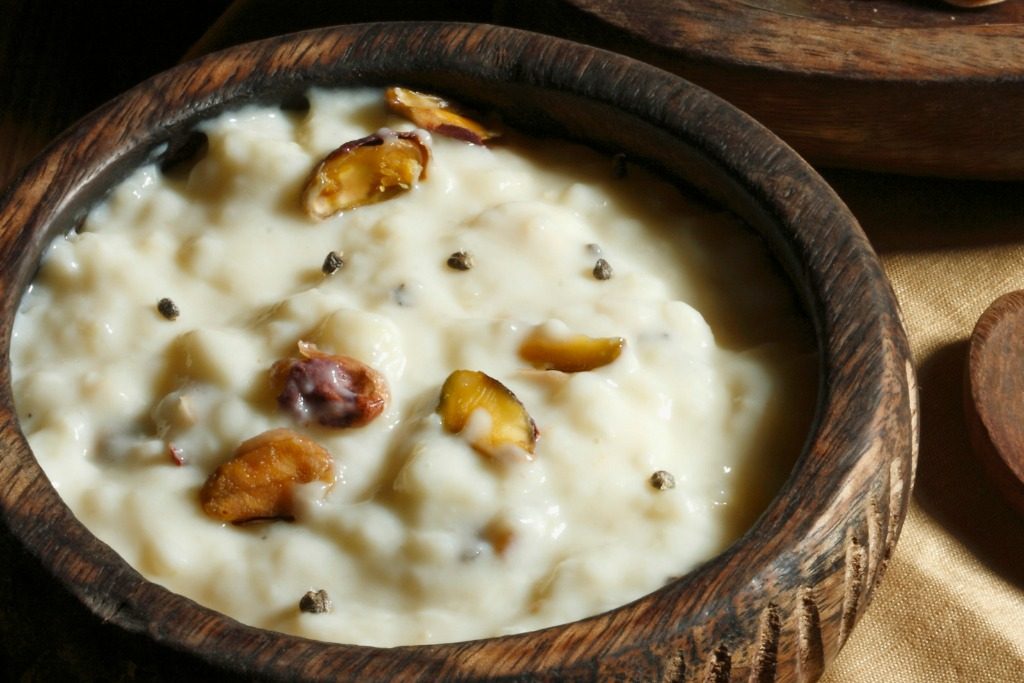 Like Malpua, kheer is found across the country. However, makhana kheer is unique for its use of the fox nut (or makhana). Taken from the seed of the lotus flower, this nut is more salty than sweet, giving the kheer a very original flavour. 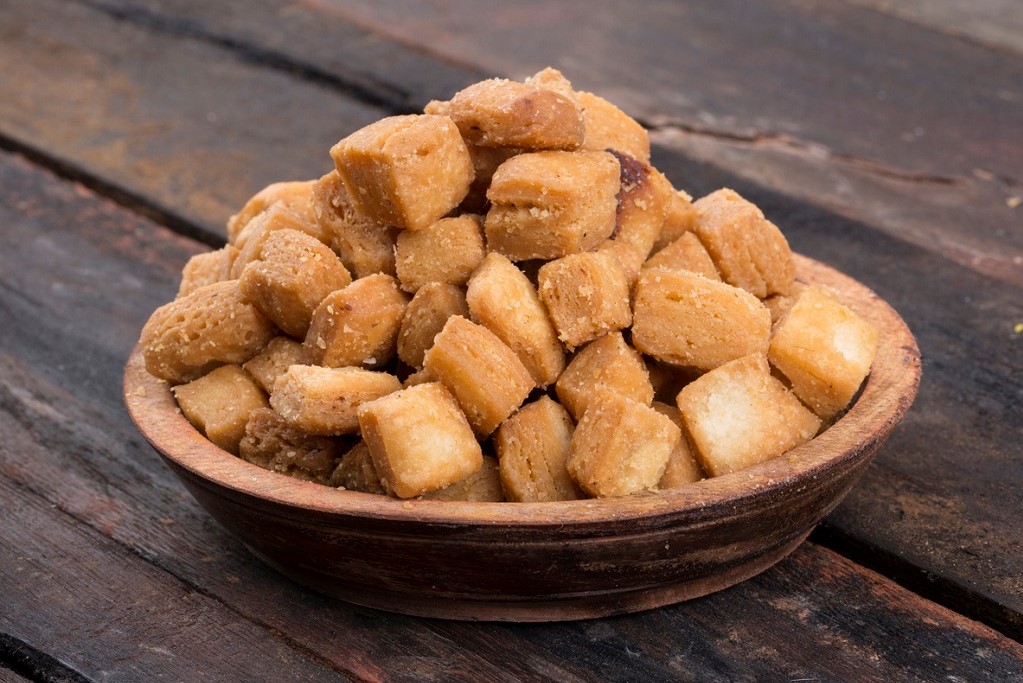 Known as both khurma and shakarpara, this sweet snack is made with a mixture of flour and salt is deep fried and dipped in sugar syrup. As the sugar cools, it crystallizes giving the dish a powdery outer texture. If rice flour and jaggery syrup are used instead, it created a variant called Laktho. 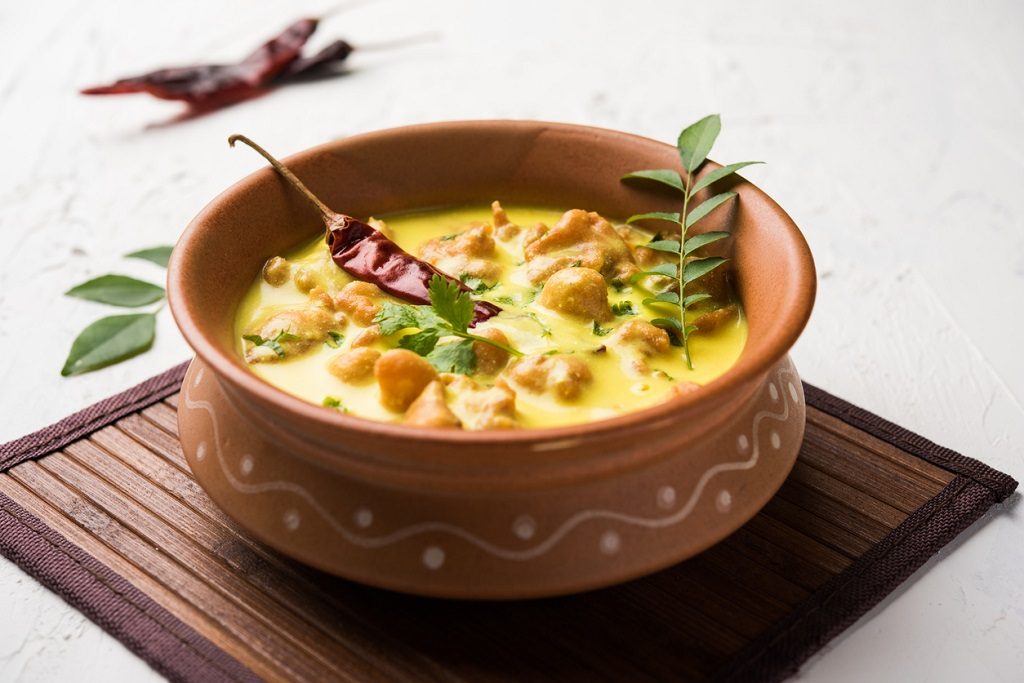 Kadhi is a popular dish that can have numerous regional varieties. The Bihari version is a spicy gravy of yoghurt and besan (gram flour). Dumplings that are also made of gram flour (known as badi) are added to it. It is eaten with rice or puris, and often eaten during the festival of Holi.

This unusual sweet is made with a vegetable, parwal (pointed gourd). The inner pulp of the gourd is scooped out and boiled. This is then dipped in syrup and mixed with khoya, and perhaps even dried fruits. It is often topped with silver foil. 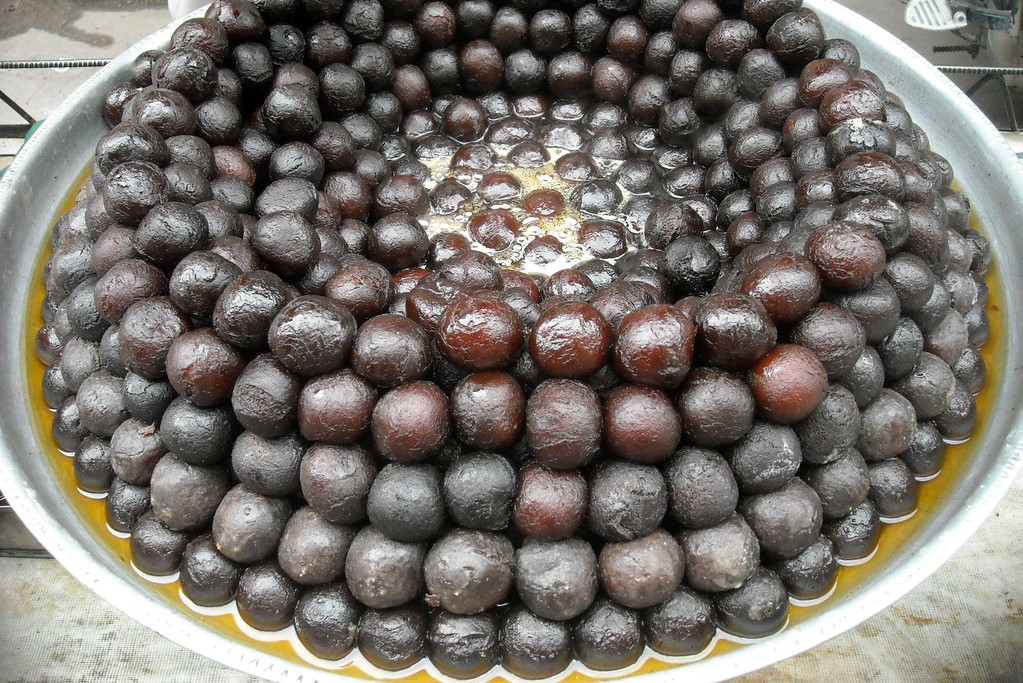 Kala Jamun is a version of the more well-known Gulab Jamun, which is darker in colour and is filled with saffron syrup. It is made with khoya, mawa, milk and sugar. A version of this is the Pantua, which is made with the same ingredients, and deep-fried until a hard crust forms around it.