More
Home Topics of Interest Food & Drinks Delicious Goan Food That You Have To Try For An Authentic Taste... 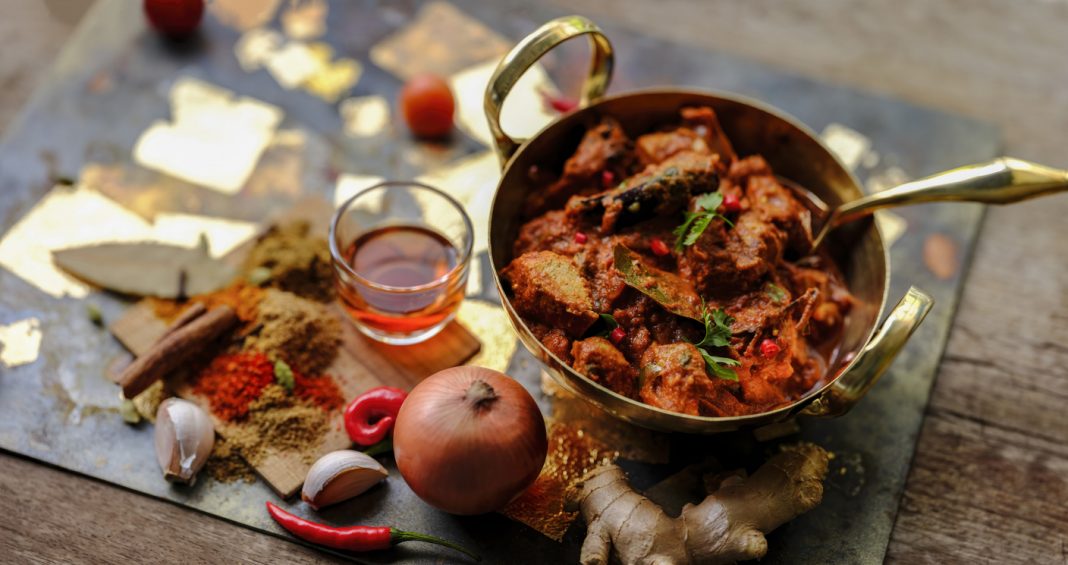 Goan cuisine is shaped by the many cultures that have contributed to the small Indian state over the years, including Portuguese, Arab, Brazilian, French, Konkan, and Malabar. However, the major influence on Goan dishes comes from the Portuguese, who colonised it for centuries, making Goan food a unique draw.

Today, Goan food features distinct Hindu and Christian cuisines, with the former influenced by Konkani, Saraswat and South Indian cuisines and the latter by Portuguese and British flavours. Both contain similar elements, such as tamarind, kokum, red Goan chillies, coconut milk, and fish.

Also read: 8 restaurants we tried in Goa, and so should you!

Here Are Some Delicious Goan Dishes You Must Try

2Have A Sweet Tooth? Try Bebinca

This rich traditional Goan dessert is made up of seven layers of coconut-flavoured batter separated by melted ghee (clarified butter) that is traditionally eaten around Christmas. You can find bebinca at most restaurants in Goa, so try to get it fresh rather than trying the packaged version you find at convenience stores.

This spicy grilled chicken dish is made with a marinade of coriander leaves, green chillies, and other spices, and is a staple of Goan cuisine. Fish can also be used instead of chicken in this Portuguese influenced local favourite. It is served with pão (a Portuguese-Goan bread also known as pav that is part of a popular street food item in Mumbai).

4The Sweet, But Not TOO Sweet Serradura

Also known as “sawdust pudding,” this popular Portuguese dessert is a combination of whipped cream and crumbled biscuits. Serradura is a Portuguese word for “sawdust”, which refers to the finely crushed biscuits. It seems so simple that you can make it yourself, but the serradura at restaurants in South Goa is something altogether different!

Balchão is a popular Goan dish (and also a method of cooking) that was brought to India by the Portuguese. It involves pickling fish, prawns, or pork, in a spicy and tangy tomato chilli sauce. It also usually uses a paste made from dried shrimp known as galmbo, and is served with rice.

This unusual Goan dish is made using cucumber, with the addition of rice, coconut, jaggery, ghee, cashews and cardamom. It is often steamed or baked with turmeric leaves placed on top, to add a unique flavour. While you can find tavsali at many Goan restaurants, go to a bakery (or a local’s house if you can wrangle that!) to get a more authentic version.

This spicy sausage, usually made from pork, has been around since Roman times. Also known as chorizo in Spanish, it gets its distinctive red colour from dried red peppers, though the marinade also includes vinegar and spices like garlic, ginger, cumin, turmeric, cloves, and pepper. There are three kinds of chouriço found in Goa—dry (aged in the sun for over three months), wet (aged for a month or less), and skinless. If you want an authentic version, go to a local butcher shop and ask to try some; you won’t get better chouriço than that!

This sweet dumpling, known as Neuroes in Goa and Karanji in neighbouring Maharashtra, is stuffed with jaggery, dried fruits and coconut. The dough is rolled into rounds and then folded in half over the filling in the shape of a half-moon and deep-fried. It is prepared during festivals such as Diwali and Ganesh Chaturthi and also forms one of the 22 varieties of sweets traditionally exchanged by Goan Catholics during Christmas. The best place to try this treat is at one of Goa’s many old-fashioned bakeries.

If you’re wondering about what to eat in Goa, why not try this sour and spicy fish curry? It is made with dried red chillies, which gives it the iconic deep red-orange colour, along with lemon and kokum to add the tangy flavour. Ambot is a Konkani word for “sour”, while tik means “spicy”. It can be made with shark, prawns, sardines, kingfish, and mackerel, and is usually accompanied with rice or bread.

Another traditional Goan food is Dodol; this is a toffee-like sweet that is also very popular in Indonesia during festivals, and it was brought to both places by the Portuguese who cultivated palm sugar in the region. The sticky and thick dessert is made from coconut milk, jaggery, and rice flour.

Xacuti is a Goan curry made with roasted grated coconut and pieces of either chicken or lamb. The gravy includes white poppy seeds, dried red chillies, and black pepper. It is said to have been created by fishermen in the Arambol district of Goa, so head there for the most authentic take on this dish.

Baath (or Batica) is a traditional dense and moist Goan cake made with fresh or desiccated coconut and semolina (two ingredients you will find in a lot of Goan sweets) and may be flavoured with rose water or spices. It is usually made around Christmas, and if you don’t know any locals who are willing to give you a taste, head to the nearest bakery to try it for yourself.

So, Is Goan Food The One For You?

There are lots of Goan dishes you must try, and both vegetarians and non-vegetarians will find something to enjoy. However, Goan food does lean heavily towards meat and fish, so vegetarians are likely to have less to choose from when it comes to local fare. Additionally, the food uses lots of spices, especially red Goan chillies, so if you can’t handle spicy food, beware! Being a coastal destination, Goa also offers lots of seafood options, such as crabs, lobsters, and lots and lots of varieties of fish, which means that those with seafood allergies should be extra vigilant.