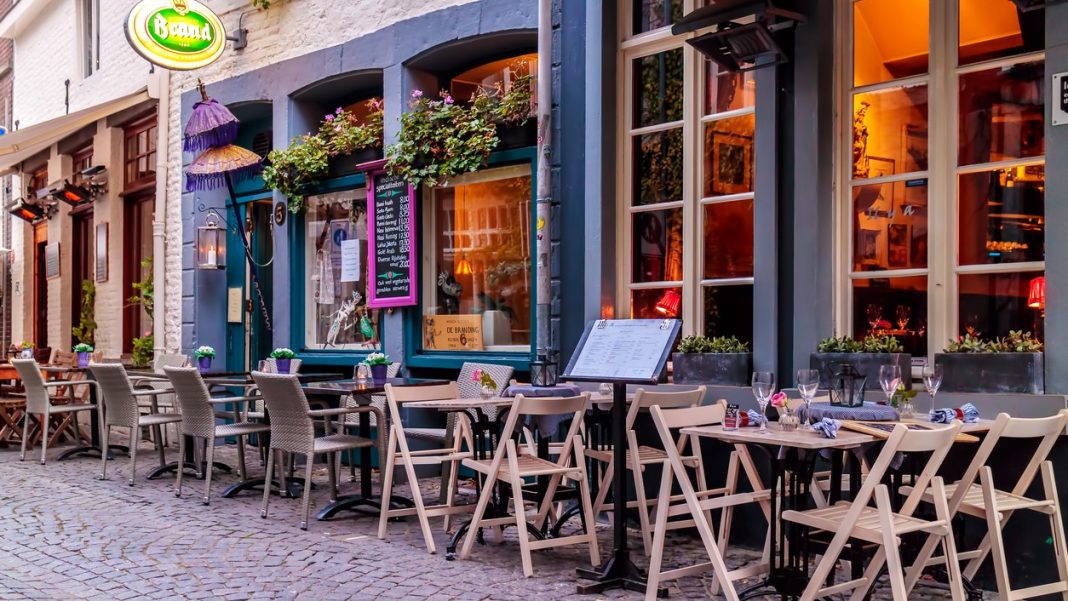 The Netherlands may be better known for its cheese than for its food, but there are many delicious Dutch dishes for you to try. Combining Northern European staples with flavours from the erstwhile Dutch colonies, this unique cuisine is known for its hearty meals and delightful snacks.

While are some regional differences in the food, most Dutch dishes consist of meat, vegetables, cheeses, and bread. There are also many pastries and desserts you can try. While many dishes are available outside the country, nothing beats trying out these delicious Dutch dishes locally.

These delicious deep-fried meatballs are often served in Dutch pubs along with sweet mustard for dipping. They are usually made with beef or veal.

These thin, flat, chewy waffles are stuck together with a layer of sweet syrup. They are sold in supermarkets but are best enjoyed hot from a street market, or in a bakery or café, where they are served with coffee.

Herring (or haring) is a common summer-time snack in the Netherlands. The deboned fish is pickled in brine and served cold, with pickles and onions in street stalls across the country. You can also get it in a small sandwich known as ‘broodje haring’.

This dense loaf of rye bread is laced with ginger spices such as cloves, cinnamon and nutmeg. It also often contains dried fruits and lemon peel. Ontbijtkoek (or ‘breakfast cake’) is eaten for breakfast spread with butter.

A thick pea soup that is made with split peas, meat, celery, onions and leeks, Snert is consumed all over the country, especially in winter.

These buttery little fluffy pancakes are found across the country at restaurants, pancake houses, and street markets. They are topped with powdered sugar.

Literally meaning ‘mash pot,’ this comfort food is made with mashed potatoes mixed with various combinations of sauerkraut, carrot, onion or kale. It is usually topped with a sausage or with bacon.

The traditional Dutch apple pie is filled with thick chunks of caramelised apple. This is topped with a crumbly pastry and served with Dutch style whipped cream.

If you’re not up to trying raw herring, this dish of battered and deep-fried cod is the next best thing. The crispy pieces are served with mayonnaise or garlic sauce at street stalls.

These cream-filled rectangular pastries are a bit similar to mille-feuille but are usually filled with much more custard. They are characterised by the pink icing, though this is often turned bright orange during the country’s King Day. This is to honour the royal family, the House of Orange-Nassau.

This deep-fried skinless, brown sausage is often eaten with ketchup, onion, and thick cut Dutch fries. However, for a novel experience, grab one from one of the country’s famous vending machine cafés, which serve snacks like burgers, kroketten (croquettes) and frinkandel.

The Dutch ‘butter cake’ is a highly-caloric dessert made with copious amounts of butter, eggs, flour, and sugar. This delicious cake is creamy on the inside and crumby outside.

Dutch colonisation put the country in contact with Indonesia, which has a major influence on its cuisine. Today, you can find many Indonesian restaurants, especially in Amsterdam. Here you can try the rijsttafel (or rice table), a mix of various small dishes. Top it off with the layered Indonesian cake, spekkoek.

While the name translates to ‘oil balls,’ these deep-fried sweet doughnut-like dumplings are actually quite heavenly. They are dusted with powdered sugar and sold during the cold winter months.

Liquorice (and other anise-related things like the famous Dutch gin jenever) is a big deal in Holland. However, the Dutch liquorice has a distinctively salty and bittersweet edge that may seem unusual to those unused to it.

Of course, there are lots of other Dutch dishes you can try, such as mussels, Bosche bol, Dutch fries, as well as many Indonesian dishes that are given a unique Dutch flavour.