We understand if you’re looking for easy cocktail recipes to spice things up while social distancing, so here are 12 easy recipes from around the world.

The days feel much longer when you’re social distancing, so we understand if you’re looking for easy cocktail recipes to spice things up. And, as a bonus, if you’re feeling a bit closed in, all it can take to get a taste of far-flung destinations is a trip to the liquor store and a cocktail shaker.

So, travel the world via ‘spirits’ with these 12 easy cocktail recipes. Pick your favourite from your favourite destination and mix up a little vacation in your glass. As Ina Garten said, “During a crisis, cocktail hour can be almost any hour.” And the best part is that these drinks are sure to cost far less than a plane ticket!

www.eastlondongirl.com 💗💗💗 Long Bar @raffleshotelsingapore – hands down the best Singapore Sling by far! ❤️ . Did you know that the recipe for the Singapore Sling was created in 1915!! And I love the story behind it – In the early 1900s, many gentleman and plantation owners would congregate at the Long Bar. Back then, etiquette meant that ladies could not consume alcohol in public, so their choice of beverage was limited to tea and fruit juices. Long Bar’s Hainanese bartender, Ngiam Tong Boon, decided to create the Singapore Sling and masked it with pink colouring so no one would suspect the ladies were drinking! Genius. . 💗💗💗 #invite #cocktailsofinstagram #cocktailsinthecity #cocktailslondon #allthecocktails #cocktailtime #cocktailsofinstagram #cocktails🍹 #singaporediaries #singaporestyle #singapore_insta #girlsaroundtheworld #londontravelblogger #londonblog #londonfood #singaporetravel #travelsingapore #visitsingapore #singaporeguide #singaporeinsiders #singaporediaries #singaporelife #singaporertrip #thingstodoinsingapore #timeoutsingapore #singaporesling #raffleshotel #rafflessingapore #longbar

The Singapore Sling was originally created at the Long Bar in the Raffles Hotel in Singapore in 1915 to discreetly serve alcohol to women (who weren’t allowed to drink in public in the early 1900s). It’s made with gin, pineapple juice, and cherry liqueur. The hotel even shared an easy cocktail recipe for you to follow, and you can find it here.

Piña coladas date back to the 1950s and were created by bartender Ramón Marrero at the Caribe Hilton in San Juan, Puerto Rico. This coconut cream-based cocktail with rum is usually made with pineapples. Learn how to make it here.

One of our specialties, The Virgin Mojito 🍸 • Freshly made with springs of mint, ginger ale, cane sugar, apple juice, lime and sparkling water 🙌🏼 • We will sell this at our foodstand festival 🍽 • #virginmojito #mojito #freshmade #cocktail #schoolproject #foodstand

The mojito is probably Cuba’s most iconic cocktail and only requires five ingredients. It’s said to have been created by famous naval captain Sir Francis Drake, who was sent to invade the Spanish colonies in the Caribbean in the late 1500s to alleviate nausea and prevent scurvy. It’s made with lime, cane sugar, mint, soda water and white rum, and you can find the full recipe here.

Sailing headfirst into ill-omened skies – Know your classics; the Dark 'n' Stormy, Bermuda's unofficial signature drink, was born during World War I. It has its origins in a Ginger Beer factory that was run by the Royal Naval Officer's Club. By 1806, father and son, William and James Gosling created their branded dark rum – Black Seal in St. George's Bermuda after their ship's charter ran out and was put in at this port. Sailors soon discovered that a hefty splash of Gosling's rum made a great addition to the Ginger Beer that was conveniently also produced in the archipelago. Gosling's Black Seal Rum hence became the ominous tempest afloat Bermuda's favorite cocktail. – "The Dark 'n' Stormy" – 2 oz Gosling's Black Seal Rum 4 oz Ginger Beer 1/2 oz lime juice (optional) – Pour ginger beer and lime into an ice filled tall glass. Top gently with rum and garnish with lime. Stir before drinking.

This cocktail is one of Bermuda’s signature drinks. Created by Gosling (the 19th-century company responsible for Gosling’s Black Seal Rum – nothing to do with Ryan, sorry), it’s made by mixing rum (the “dark”) and hinder beer (the “stormy”). Find out how to make it here.

Cheers to almost weekend! 🍹✨ Nothing better than a good rum punch when on Jamaican beach.

Punch was first made as an alternative to beer in the 17th century by sailors of the British East India Company. It then made its way back to Britain (where it became extremely popular at parties) and eventually to the Caribbean. In Jamaica, locals mixed it with rum to create this refreshing drink. You can make this easy cocktail recipe here.

Caipirinha is a cocktail made with cachaça (a sugarcane-based spirit that’s similar to rum). While the origin of Brazil’s national cocktail is unknown, it first surfaced in 1918 when it was made with lime, garlic, and honey, which make many believe that it was used as a tonic for patients with the Spanish flu. However, over time people removed the garlic and honey and added in ice and sugar to reduce the acidity of the lime, creating a delicious drink. Check out the recipe here.

The margarita is an extremely popular Mexican drink. While its origins are a bit hazy, one story goes that it was created in the 1930s at the Rancho La Gloria restaurant halfway between Tijuana and Rosarito, Baja California. It’s made with tequila, triple sec (an orange liqueur) and lime juice. Make it yourself here.

You could also try making the equally delicious Paloma, a cocktail with tequila, mixed with grapefruit juice, lime juice, and agave.

Sangria comes from Spain, and its history dates back to the Middle Ages, when it’s said that because of the terrible quality of water, people turned to a mix of fruit, red wine and brandy to stay hydrated. It became popular again in the 1960s. Find out how to make it here.

This popular drink is said to have been invented around the end of World War I in Paris’ Ritz Hotel (or possibly in London). Named for the motorcycle attachment, it’s made with cognac, orange liqueur, and lemon juice. See how to make this easy cocktail recipe here.

You’ve probably heard of the White Russian cocktail before, but did you know that the Black Russian is said to have come first? It was first made in 1949 at Brussels’ Hotel Metropole by bartender Gustave Tops, who mixed Russian vodka with Kahlúa (later cream was thrown into the mix to create the white Russian). Make a black Russian for yourself here.

We make English gin, as it should be, for you to enjoy it as you want.⁣ ⁣ @amagin.de chose to appreciate our Old Tom gin with a creamy vanilla gimlet. 🍸Looks like the perfect way of sweeting things up, don’t you agree?⁣ ⁣ ⁣ #langleysgin #langleysoldtom #vanilla #gimlet #cocktail #gincocktail #mixology #ginmixology #cocktailhour #ginlover #gin #gingram #ginoftheday #cocktailinspo #ginenthusiasts⁣ ⁣

While the origins of this cocktail are unknown, it does date back to the late 1920s. It’s made with gin, lime juice and simple syrup, and you can find the instructions here. You can also replace the gin with vodka to create a vodka gimlet, or with rum for a daiquiri.

Hair of the dog couldn't be easier with the #SmartSpirits home bar! Here's how you make the classic Bloody Mary with #SmartSpirits: 1. Add the 'Taste Of' Smart Spirits Lemon Vodka flavour capsule to the dispenser 2. Select 1 or 2 shots and set your alcohol strength from 0% – 40% using the Smart Spirits app or buttons on the dispenser 3. Wait for the dispenser to infuse the flavour with the fine grain neutral spirit and/or water 4. Add tomato juice and two cubes of ice 5. Garnish with celery and add spices and flavourings to taste Find more Smart Spirit cocktail recipes on our website www.smartspirits.eu. . . . . #smartspirits #smartspiritsUK #cocktail #cocktails #drinksdispenser #drinkingtechnology #drinkstagram #instadrink #homebar #smartdrinking #mixology #alcoholfree #lowalcohol #nonalcoholic #hairofthedog #bloodymary #bloodymarys #vodka #lemonvodka #flavouredvodka

The Bloody Mary is a brunch staple around the world. However, this cocktail with vodka goes back to 1934 when French bartender Fernand Petiot is said to have created it at the King Cole Bar in New York City. Made with vodka and tomato juice, it was also known as the “Red Snapper”. Find the recipe here.

Also Read: 7 Must-Try Popular Cocktails From Around The World

So, Which Of These Cocktails Are You Going to Make?

There are a number of ways you can imitate the joys of travel from your home, whether it’s taking a virtual tour, cooking a foreign dish, or watching your favourite travel show. However, all of these activities can be greatly enhanced with a cocktail in your hand. So get a taste of the world with these easy cocktail recipes that are a breeze to mix and shake, and remember: drink responsibly. 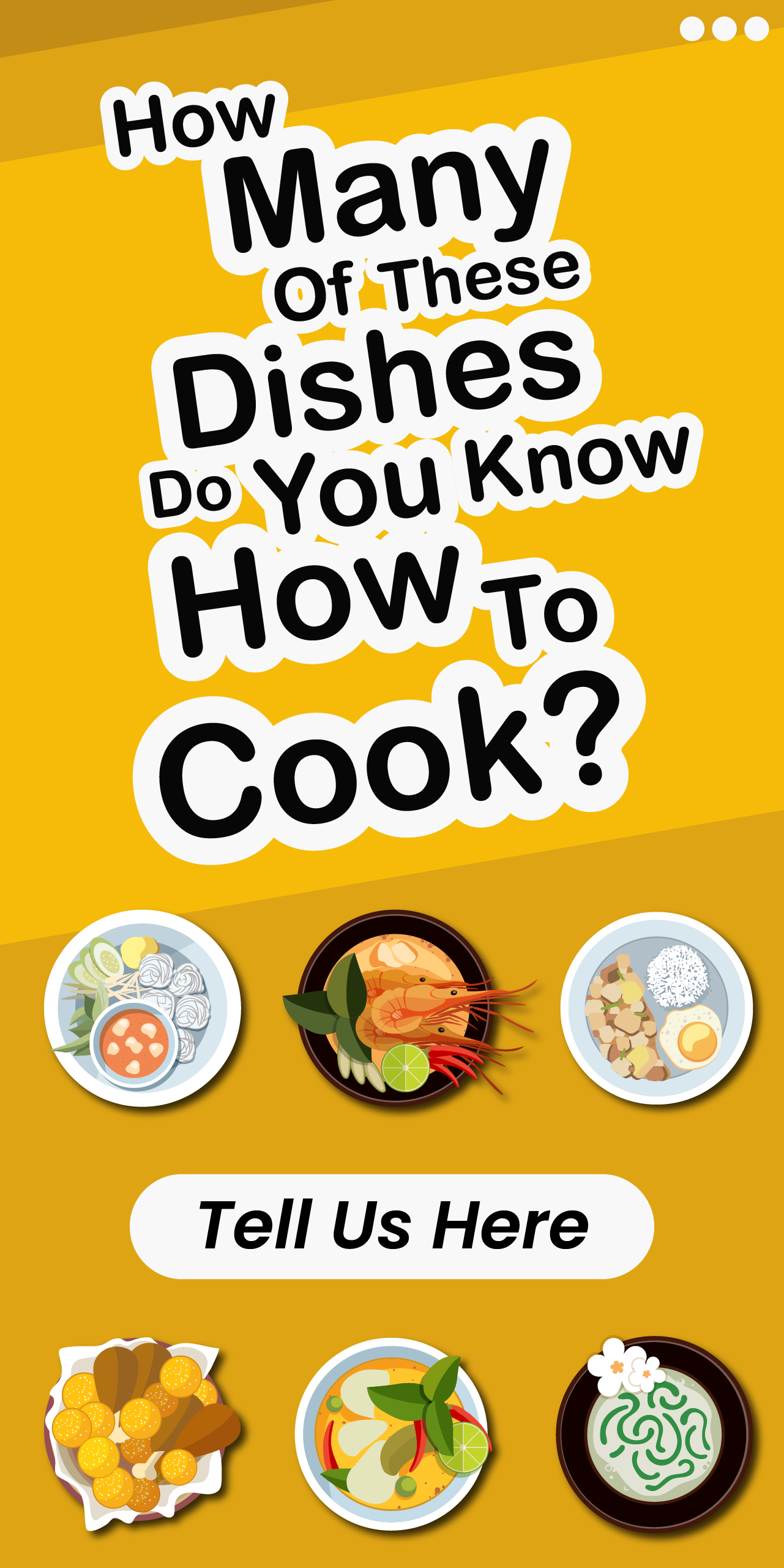