Most of us know of the European influence in the many towns and cities of the Indian sub-continent. But, in many places, all that is left are traces of colonial times. I started my visit to Sri Lanka with Colombo, which has a lot of British influence but seemed like any another Indian city, like Bombay or Kolkata, and I wasn’t really impressed by it.

I proceeded to spend a few days expecting the same in the Galle district, but boy oh boy was I in for a surprise. It was amazing to observe the seamless blending of European and Asian ways – whether it be architecture, food or people.

Galle has two parts to it, the new Galle and the old Galle (known as Galle Fort) which is where I spent all my time. Unlike other colonial forts in the Indian subcontinent, this Fort still exists with its walls as well as a community of people living inside who follow the administrative rules and laws of the fort.

The fort also has its own court. What is amazing is that till date there are descendants of traders living here and there is a “Fort Law” that applies to these residents. One of them is no holding of hands in public, so be careful when you are there. There are many other unusual laws to keep in mind when you travel.

Galle was built by the Portuguese in the 15th-century and was later occupied and fortified by the Dutch. The Dutch really invested in and made Galle stand out. They made it the main port of Sri Lanka and it became a hub for trade between India and Europe. Today, the Dutch influence can be seen in everything here including architecture, food, street names, language & religion.

A Melting Pot of Cultures

At present, the town is a melting pot of cultures with a mix of people including many foreigners living there. It’s a hub for artists, designers, painters, and more. The town is made of small lanes spotted with small shops and cafes which gives it a feel of an old European town. The streets are painted with street art on their walls and are dotted with many local food vendors in the evenings.

An interesting thing to do is to actually walk on the ‘Fort Walls’ – it’s a great way to just get a full perspective of the place – with the town inside the walls and the Indian Ocean on the other side. There is a beautiful lighthouse where I ended the walk, a beautiful place to catch the sunset. Another interesting place is the Dutch Hospital which has been converted to a buzzing place with a lot of eating & drinking places – a perfect place for the evenings. 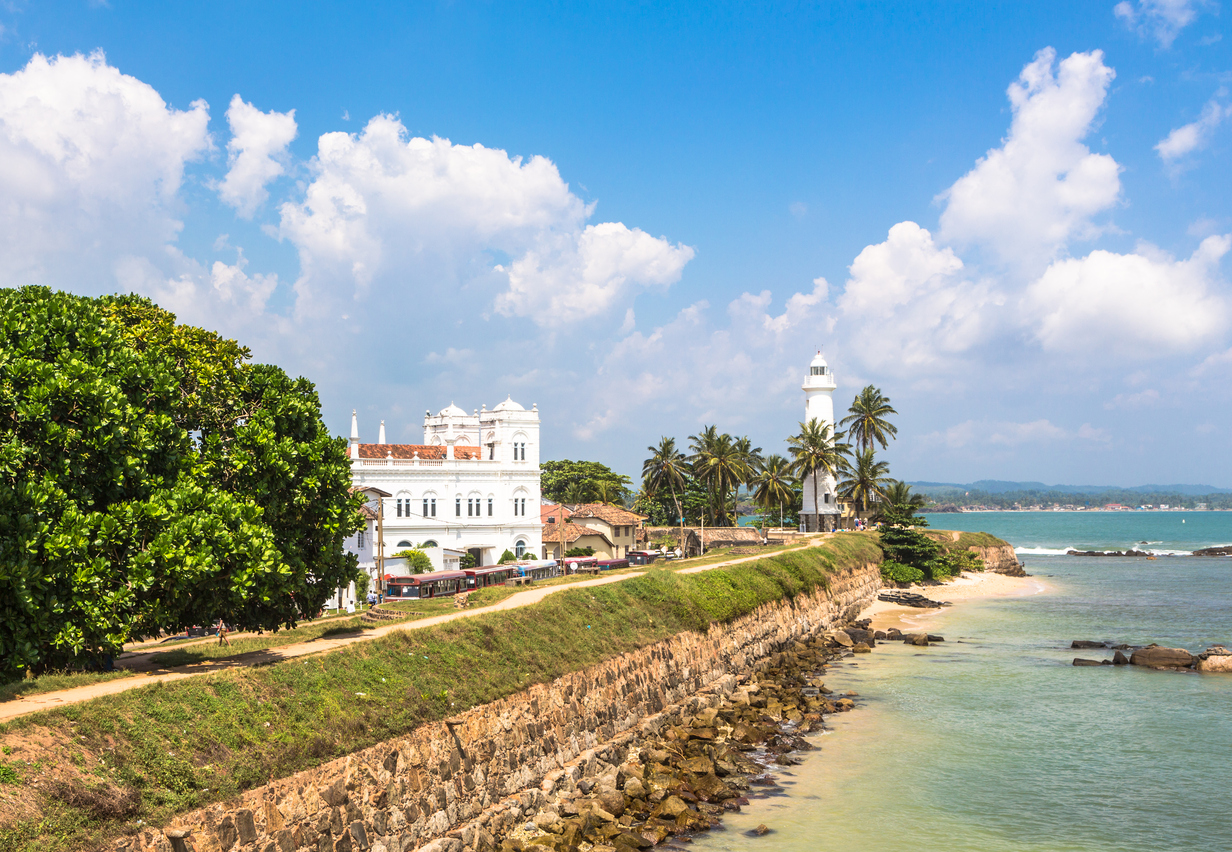 There are also many museums and other things to do in the Fort, however, for me the place was about getting lost in the tiny streets and discover new lanes, observing and understanding the local ways of living under the Fort Law, noticing the seamless blend of Sri Lankan and European ways, and sitting for hours in the cafes and enjoying my cup of tea.