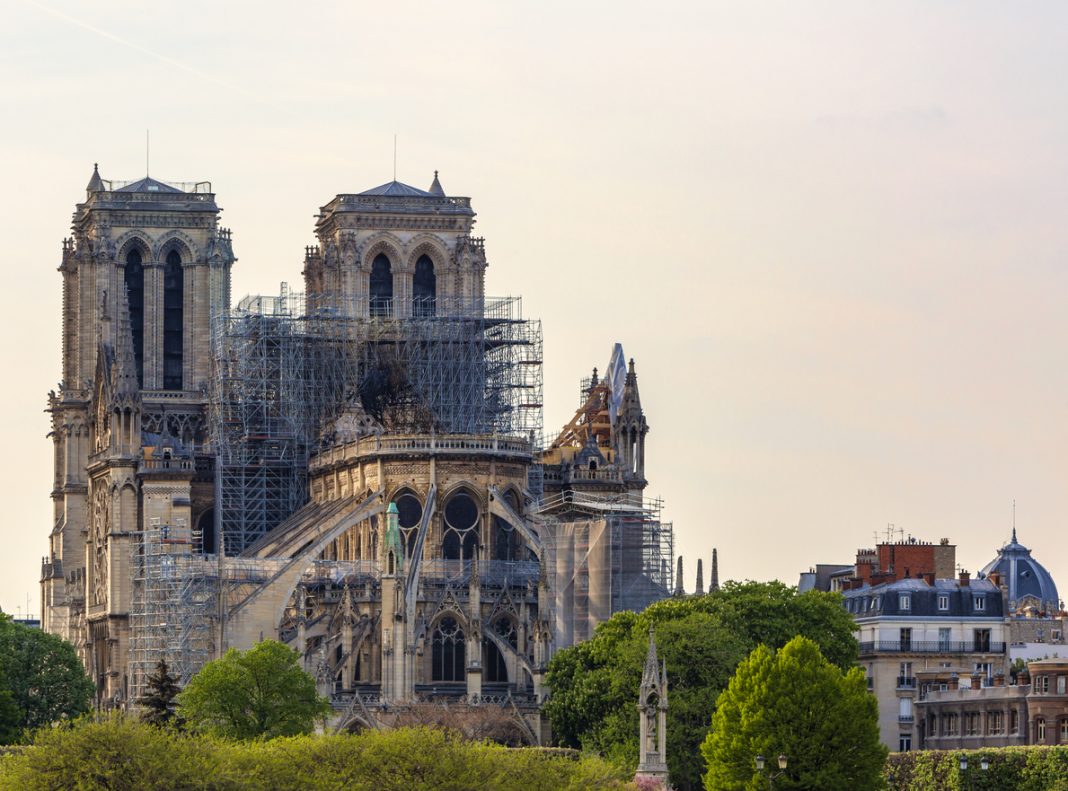 In the wake of the recent devastating fire that damaged Paris’ iconic Notre Dame Cathedral, let’s take a look at other famous buildings around the world that have been destroyed by fire and rebuilt.

Many beloved buildings and landmarks have been destroyed over the years, and cities have been rebuilding them for jus as long. It might even present opportunities of its own, to create jobs, and strengthen the existing work on the structure. Here are 11 famous buildings that have been rebuilt throughout history:

In 1992, a massive fire engulfed Windsor Castle, one of the official residences of the Queen. Over 100 rooms were damaged in the blaze, including 9 staterooms, and the ceremonial St George’s Hall. The restoration took five years and £37million, leading to the Royal family opening Buckingham Palace to the public to raise money for the refurbishment. The iconic 14th-century building reopened in 1997.

The Notre Dame de Reims is one of the most stunning cathedrals in France. However, this building was almost completely destroyed during the First World War after being directly hit by a shell. The fire that this caused melted the lead on the roof and engulfed the timber frames. Restoration work began in 1919, just after the war, and it reopened in 1938.

The Teatro La Fenice is a famous opera house in Venice, whose name literally means  “The Phoenix”. It has been destroyed by fires threes times since it was opened, in 1774, again in 1836, and finally due to arson in 1996. This fire tore through the building, leaving only the exterior walls intact. The theatre finally reopened to the public in 2003.

The Tudor Hampton Court has been rebuilt many times over the centuries. But, in 1986, one of the residents of the palace rooms accidentally caused a major fire that devasted many of the state apartments. It took four years of restoration (costing £20 million), that was completed in 1990, before the palace was repaired.

Cologne Cathedral is the largest Gothic church in Northern Europe. It survived being ransacked and used as a prison in 1794 by French Revolutionary troops, but during World War II, it was hit by 14 aerial bombs. While many of the artefacts and windows were protected, much of the cathedral was destroyed in the blast and in the following flames. Emergency repair was undertaken in 1944 using mismatched bricks from other buildings, which were kept for 50 years as a reminder of the conflict. However, in 2005 full reconstruction took place to return it to its original glory.

The White House in Washington D.C. wasn’t actually the original building that housed the first presidents of the United States. The original President’s House burned down in 1814 during the War of 1812 with the British. After it was burnt down by British troops, architect James Hoban worked to rebuild it for three years, and President James Monroe moved into the new White House in 1817.

Much like Cologne Cathedral, Dresden Cathedral (or Frauenkirche) was badly damaged during World War II by allied bombs. The church lay in ruins for decades until German reunification in 1991. A special committee was formed to rebuild and restore it in 1994, using some of the original stones. The cathedral officially reopened in 2005.

The majestic York Minster caught fire in 1984. The blaze is believed to have been sparked by a lightning bolt; it completely destroyed the roof of the south transept, causing £2.25 million in damage. The restoration took four years, and was completed in 1988.

Barcelona’s famous opera house, Gran Teatre del Liceu, opened in 1847. It has been damaged by fire twice, once in 1861, and again in 1994. This fire was created by a spark that accidentally fell on the curtain. The resulting repairs took five years, and kept as much of the original structure as it could, along with improved facilities. It reopened in 1999.

St Paul’s Cathedral in London is also quite infamous for being destroyed a number of times throughout history. The original 7th-century Anglo-Saxon cathedral burned down in 962, and the following structure was also destroyed in a fire in a fire in 1087. Construction on the fourth St Paul’s begun in 1087 (disrupted by another fire in 1136) and was consecrated in 1240.

The cathedral’s spire was destroyed by lightning in 1561, and – perhaps most famously – it was completely gutted during the Great Fire of London in 1666. The current cathedral was designed by Sir Christopher Wren and took almost 50 years to complete, being finished in 1711. It mostly survived the London Blitz of the 1940s, though the dome was damaged. A final 15-year restoration project was completed in 2011.

The 18th century Slane Castle, in Ireland’s County Meath, is the seat of the Marquesses Conyngham. It is famous for hosting the open-air Slane Concert within its grounds. However, in 1991, a fire caused extensive damage to the building, especially the eastern section facing the River Boyne. After a 10-year-long restoration programme, the castle reopened in 2001. 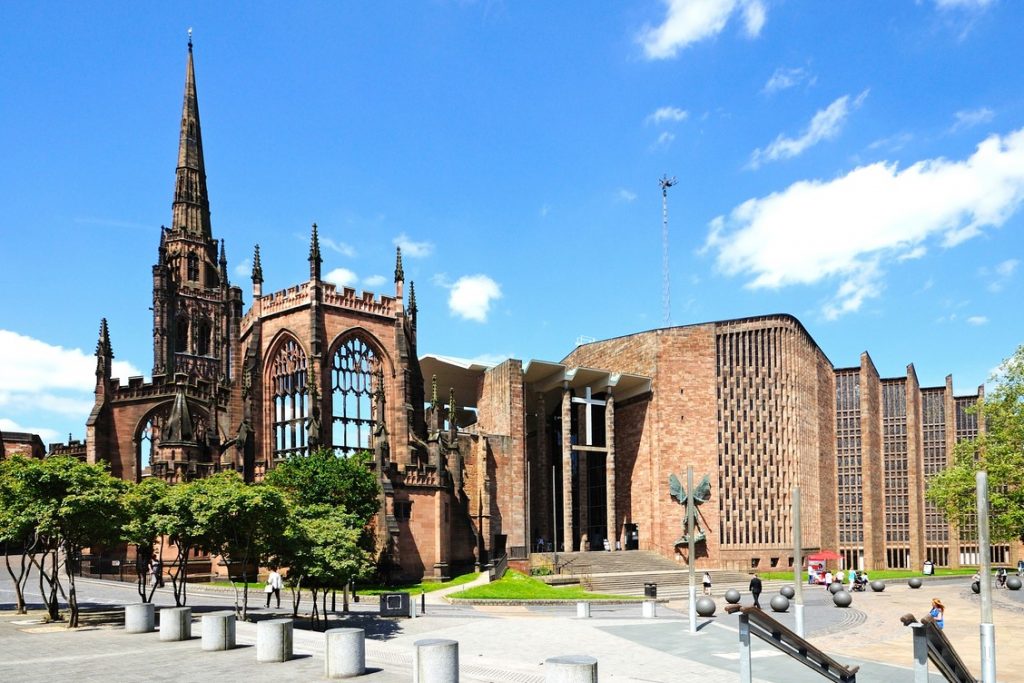 Coventry Cathedral, or the  Cathedral Church of St Michael, was originally an imposing 14th-century Gothic church. However, it was almost completely destroyed in a fire when the German Luftwaffe bombed the city of Coventry in November 1940, killing hundreds. While much of the city was rebuilt, the cathedral’s ruins were preserved as a symbol, and a new St Michael’s Cathedral was constructed alongside it.