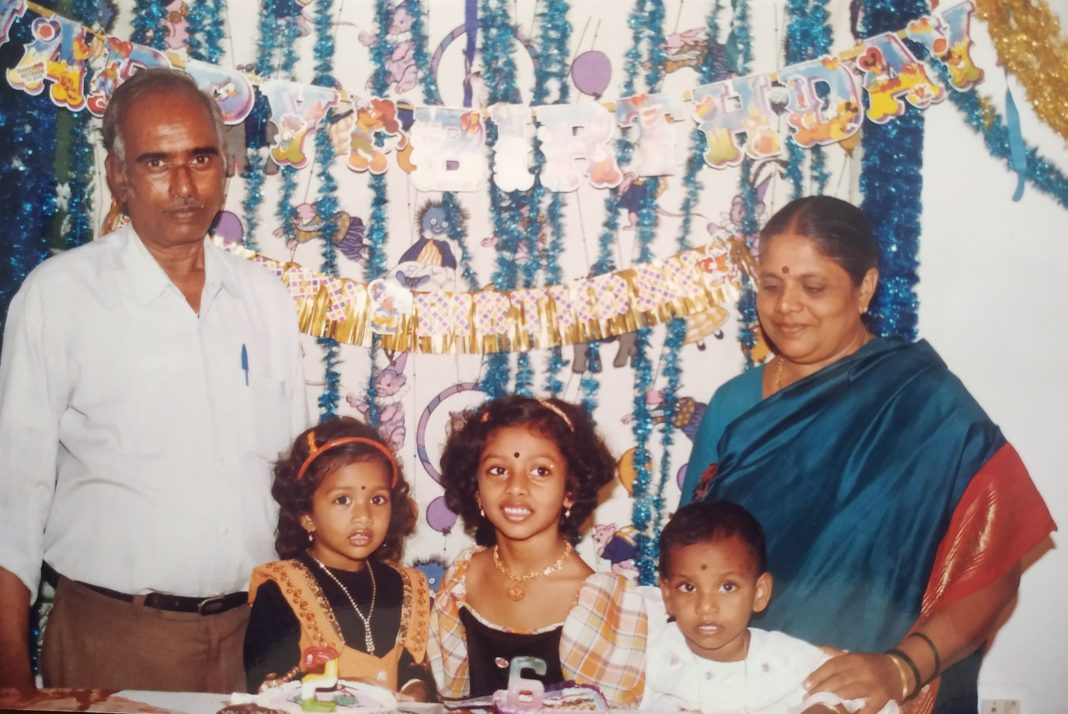 Blaring train horns never sounded this beautiful. Whenever I woke up to this sound I felt happy, even if I had gone to sleep in a different frame of mind.  It meant I wasn’t alone. It meant delicious smells would soon emerge from the kitchen that would make me happier. It meant that I was back in that tiny, one-bedroom house where one person opened her arms wide open only to make me feel at home. It meant that I was at my grandmother’s house.

I held Ammama’s pallu and tagged along everywhere she went. I slept wrapped up in her arms like I was the most precious gift. Even today my friends envy me for my ability to close my eyes and drift off to sleep, while it’s a struggle for the rest. I credit this to Ammama for giving me a headstart of peaceful and cozy nights at a young age.

Sleep doesn’t come easily anymore. At the beginning of the lockdown, it seemed like my body was designed for it. Ending days at 3 am and starting them at noon was fun for a while, and then quickly got excessive. I was a 24-year-old in her parents’ house. My 24-year-old sleepless friends were stuck in an apartment, busying themselves with conquering the world, when all they wanted was to go home. We all are struggling. Some of us trying to close our eyes. Others trying to keep them open. Through it all, the past stands as rock-solid support, while the future lies uncertain.

The train to happiness was called Janmabhoomi Express. It took me from bustling Hyderabad to the calm beach city of Vishakapatnam. Whenever I was asked to choose between “beach or mountain”, I would confidently say, “beach”, because my childhood flowed by it. It would take an excruciating 12 hours to reach the destination. The steam from boiled peanuts and ginger tea on the train kept my impatience at bay. When I arrived, the first thing I would see was a sari-clad, ever-smiling, beautiful woman who I called Ammama (grandmother). Her warmth ignited love in everyone who shared a simple conversation with her. While my grandfather was an unsocial man who rarely talked to his family, my grandmother had a completely different family, people who lived down the street. They offered so much love in such different forms and made so many memories that sometimes they gave more than her daughters and son could offer. There was so much love was around her, that it sneaked into me too.

Grandma’s house is my safe place, where even if harm came my way, I knew it was shortlived.  My uncle would sneak us out at dawn to go to Rishikonda Beach and watch the sunrise light up the skies and my eyes. One of the best beaches in the world, if you ask me. But I may be biased. The waves glistened like stars in the sky but I was not allowed to get wet because Ammama would find out. So it was our secret. We would then eat idli with ginger chutney at one of the many roadside stalls, a Vizag speciality.  Afterwards, we would sneak back in and have another breakfast at home because missing meals or eating small portions of food was not allowed in Grandma’s house.

Also Read: Beach destinations in India to visit other than Goa

Our mental state of mind is currently perhaps a bit delicate. Some of us are just okay, the rest are barely able to keep it together. We lie about waking up and having something to do. We try to keep buys by developing hobbies that last as long as our Instagram stories and reconnecting with friends who we never had a connection with.

Through it all, Grandma’s house seems further away than it really is. Along with the house, hope seems to be so far away, almost and impossible to reach. I also associate the house with the worst memory of my life—my grandfather’s funeral. On that day, Ammama fell on his lifeless body and cried. As she appeared weak to the world I saw the strength in her to love. I saw Ammama crumble and collect herself. Her heart, much like our living room, welcomes anyone who knocks on the door. As she bid goodbye to everyone who attended the funeral with a tired but genuine smile on her face I realised love is what all the poets tell us—painful, traumatic, and possibly the worst thing ever. But despite it all, it is also as beautiful as Ammama’s everlasting smile in the darkest of times. This is the love and the hope I will cling on to right now, and when this is over I will open my doors too. If I had known that going to grandma’s house was not an option, I’d have visited more often. I would have made more memories, so I could now call Ammama and talk about them. I would have held her pallu tighter and never let go. But those days are special memories to treasure, buried in my brain to be retrieved in times like and be my anchor in a stormy sea. One can always fall back on these anchors called childhood whenever the waves start testing you. 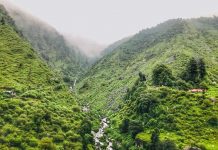