More
Home Asia India Commute in Bangalore: Getting Around The Garden City 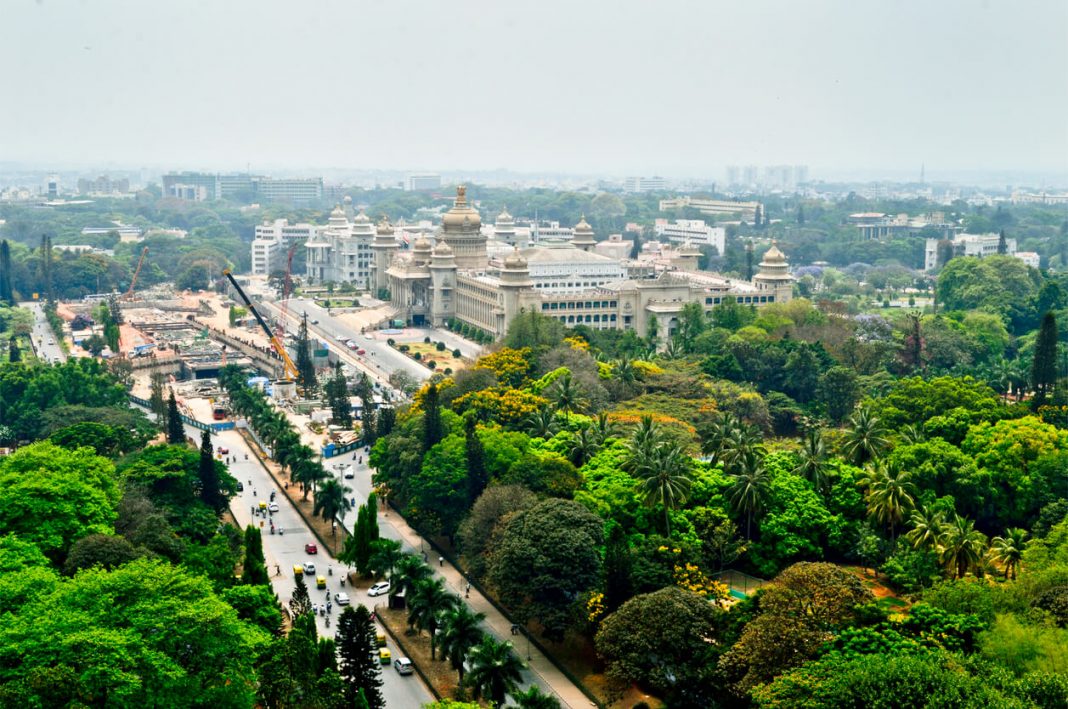 A trip to Bangalore, the silicon valley of India with an enviable climate is an admirable experience. Exciting locations and the pleasant memories created along with the family will make the outing perfect. This travel guide tells you the best option to commute in Bangalore, as it provides the best opportunity to take your trip within your budget.

More about the garden city

Officially known as Bengaluru, Banglore is the capital of the southern state of Karnataka. Bangalore is a city with a perfect blend of the traditional and the modern. It is a major hub for the IT industry and is also famous for its greenery and parks.

The beautiful city covers over 709 km² and is home to 12 million people. It is said to have been founded by the feudal lord Kempe Gowda in the 9th-century. However, Bangalore truly came into its own during British colonial rule, when it was made the administrative capital of the erstwhile state of Mysore. The city’s rich history makes it a perfect destination for tourism.

If you want to explore the many of attractions in Banglore, there are several places to visit. Here are some of the most popular

You can manage to stay in Banglore lavishly even with the low budget. Many five-star hotels are available, but good budget hotels are also easily accessible.

How to Get To Bangalore

Many transportation options are available such as autos, buses, flights, and taxis. One can explore Bangalore independently as it has a good transportation system – although one must watch out for the notorious Bangalore traffic.

Bangalore is served by the Kempegowda international airport, located in Devanahalli, a considerable distance from the main city. Earlier the city was served by HAL airport located at Vimanapura. Taxis are air-conditioned, and buses are available to connect the airport to the city.

The buses are easy to spot – big green Volvo buses with KIAL in an electronic display – and is connected to all the major areas in Bangalore. The buses are numbered depending on the route. You can check schedules and routes of the buses, as well as other airport transport options here.

How to commute in Bangalore

Buses operated by the Bangalore Metropolitan Transport Corporation are the cheapest means of Bangalore public transport. New bus services are also regularly introduced by the BMTC. Air-conditioned Volvo buses are also available for some major routes.

The two major bus terminals are Kempegowda Bus Stand, also known as Majestic, which is directly opposite the Bangalore City railway station, and Shivajinagar. Buses are available to all major localities of the city from both these places. Kempegowda bus station (Majestic) also has its own metro station stop. The closest metro station to Shivajinagar bus stop is MG Road station.

Bangalore’s Namma Metro may still be under construction in some parts of the city, but it is perhaps the most reliable of transport within the city, especially when having to commute larger distances. Services operate daily between 5 AM and 11 PM with a 4–20 minutes wait between trains. In the first phase, there are 42 stations between two routes (Purple and Green Line). It is recommended to check Bangalore metro timings before you leave.

There are many different taxi services in Bangalore, but the most commonly used are the Airport City Taxis which are licenced by the Airport to provide connectivity and need to be pre-booked and Taxi Aggregators like Uber and Ola.

Other taxis, such as City Taxis, or Meru Cabs are available as well. Taxis are metered and are usually a more luxurious alternative to buses or autorickshaws.

Autos in Bangalore are extremely convenient for short distances. They usually follow the meter, but this can depend on distance, weather, and time of day (or the auto driver’s mood!).

Also, remember that drivers are required by law to display their identification. Autos can also be booked through the Ola and Uber apps – this allows you to check the fare in advance so that there are no surprises.

Tips to make your trip wonderful

If you love to explore and don’t want a guide, then many apps and websites are accessible for guidance. You would also benefit by also downloading and installing the official Go Bengaluru app (for Android and iOS) as it will enable you to check out all available routes, the train stops, distance, travel time, first and last trains at each station. It is a very useful aid to plan your commute.