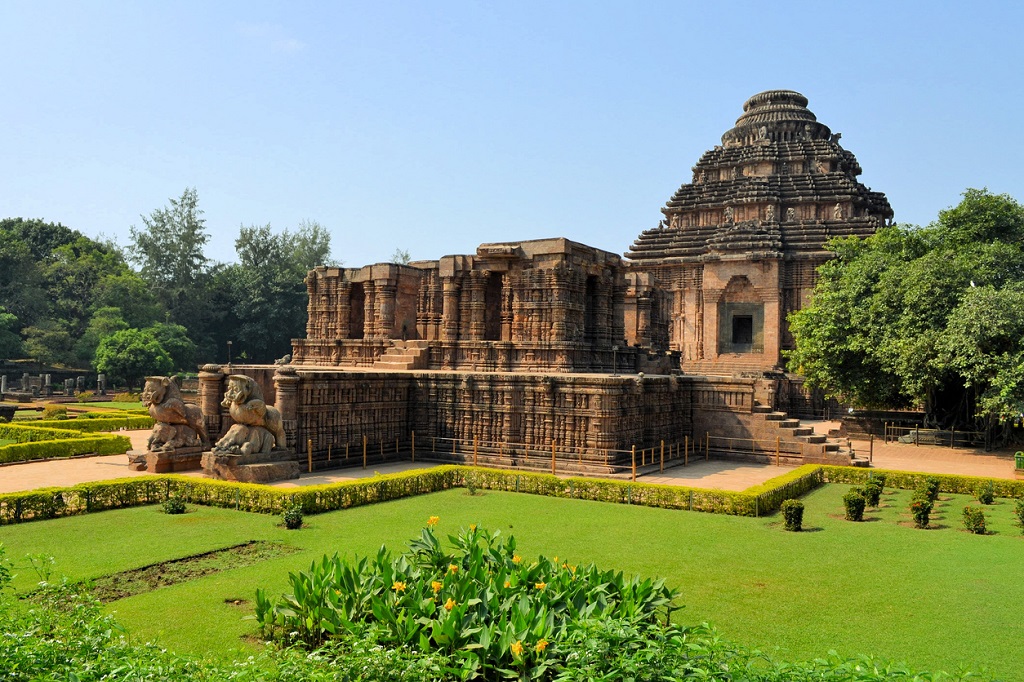 India is known for its breathtaking architecture and finest monuments. Every monument has a history linked to it that makes it even more intriguing. These historic Indian buildings are a tribute to the Indian heritage. Known for its rich culture, India flaunts its ancient monuments that speak volumes about what India and its culture has to offer you. Indian tourism annually gets flourished because of these beautiful historic Indian buildings. The constant effort of the government to keep the heritage sites alive and maintained is to be appreciated.

Keep reading and let us know in the comments section, how many of these have you visited.

When it comes to the beautiful historic Indian buildings, the first obvious choice that comes to the mind is Taj Mahal situated in Agra. This epitome of beauty is a mausoleum and a Mughal architecture creation that is built with white marble. Commissioned by the Mughal emperor Shah Jahan this iconic monument houses the tomb of his wife Mumtaz Mahal. It also houses his own tomb. It was designated as the World heritage site by UNESCO as it perfectly explains the rich history of India.

This minaret forms a part of the Qutb Complex and is a UNESCO World Heritage Site. The beautiful historical building in India was built in the 13th centuary by Qutb al-Din Aibak, founder of the Delhi Sultanate. This 240 foot tall minaret is the tallest in the world and is one that should not be missed. The iron carvings and verses from Quran are engraved on the bricks of Qutub Minar. It also contains a spiral staircase of 379 steps to get the top view. This is one of the historical buildings in India that you just can not miss.

Hampi was one of the largest cities in the world at one time. It is considered to be a historical temple town amongst which Vittala Temple Complex is especially well known. The temple features an iconic stone, musical pillars, and sculpture work. The temple is one historical Indian building that should be visited by everyone at least once.

Konark Sun Temple has been consistently named as one of the seven wonders of India. It is not surprising looking at the way the temple is constructed. The amazing architecture takes your breath away. The Konark Sun temple was built in 1255 C.E. its built in the shape of a chariot with 12 pairs of carved stone wheels pulled by a set of seven horses. This implies the one used by Surya, the Sun God. The most amazing part of the temple is that it is constructed in such a way that the first rays of sun in the morning strike its entrance.

The beautifully architectured Hawa mahal was built for the women of the royal family to observe the festivals without actually going outside. Guess social distancing is not exactly a new concept :P. Situated in Jaipur, Hawa Mahal, which was built in the 18th centaury is the key attraction for tourists visiting Rajasthan. This red and pink stoned monument is something that you should not miss when you visit Rajasthan.

Rani ki Vav is an elaborated stepwell in Gujarat that was built for an 11th century king by his widowed wife. This elaborated architecture was constructed to focus on the importance of water. It looks like an inverted temple the walls of which are covered with sculptures and designs. This is one historic monument that you shouldn’t be missing.

Sanchi Stupa in Madhya Pradesh is marked as a world heritage site. It was originally commissioned by Ashoka, an emperor in the 3rd century BC and 12th century AD. It was built under the supervision of his wife and daughter. This magnificent stone structure is 16 meters high and 37 meters wide. It is another UNESCO world heritage site that you should not skip. It’s dome is surrounded by four Toranas, each of which signifies love, trust, courage and peace.

Located in the small town of Khajuraho, the Khajuraho Temples have found a place within UNESCO’s list of World Heritage Sites and are visited annually by many visitors. Khajuraho temples are a group of Hindu and Jain temples that reflect diverse religions during those times. Most of the temples are east facing and sparkle during the sunrise and sunset. The walls of the Temples of Khajuraho are carved and reflect the culture of Kama Sutra.

Fatehpur Sikri located in west of Agra is a major part of the Mughal era. It was built during 1571 and 1585. Fatehpur Sikri is one marvel created by the Mughal architecture. The palace is surrounded by a 6km wall on three sides and the fourth side is bordered by the lake. If you ever plan a visit in this beautiful state, do not miss these two phenomenally architecture historic buildings, The Taj Mahal and Fatehpur Sikri.

Being one of the most famous landmarks is Hyderabad, Golconda fort can make you spellbound. The beautiful architecture is something you should witness at least once. It was constructed by the Kakatiya rulers in the 13th century. The fort is massive with 8 gates and 87 bastions. The ruins of the fort consists of numerous gateways, drawbridges, temples, mosques, royal apartments, and stables.

Now that you know about these historic Indian buildings, don’t wait any further and plan a trip as soon as the pandemic ends. And if you already have been to any of these, do share your thoughts in the comments section and tell us about your experiences.

Also Read: Take A Look At 25 Of The Oldest Buildings On The Planet