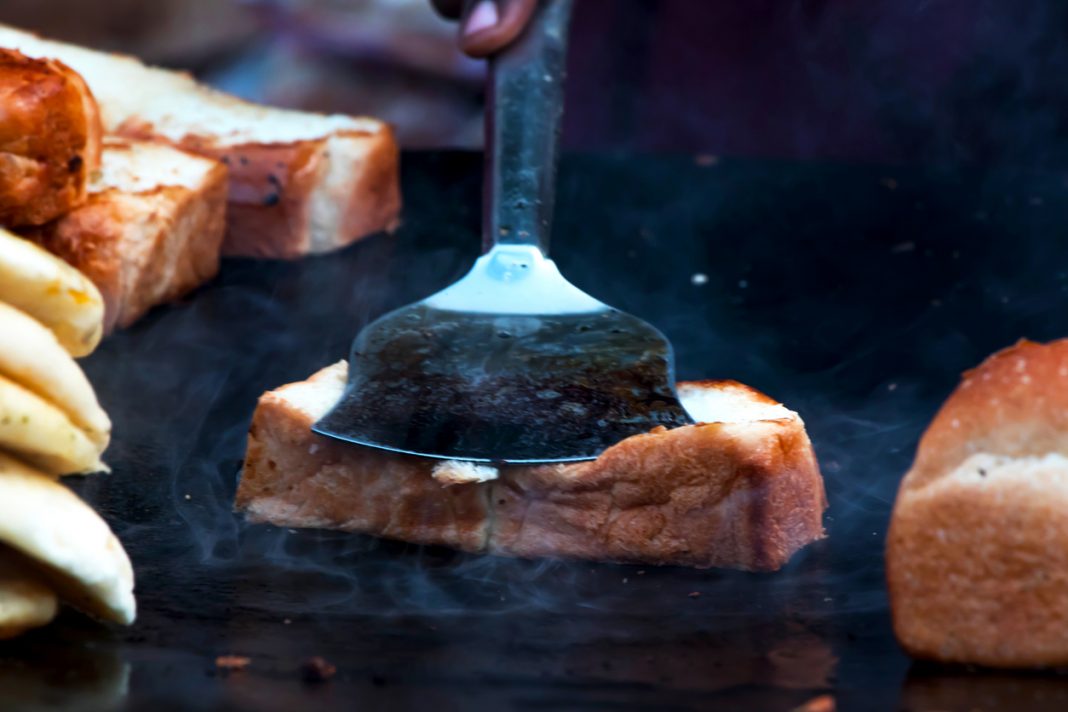 Mumbai is one of the most culturally diverse cities in India and is quite famous for its street food. The street food in Mumbai is really like no other. Featuring a diverse range of dishes, lots of vendors, and available around-the-clock, it has become a characteristic part of the city. 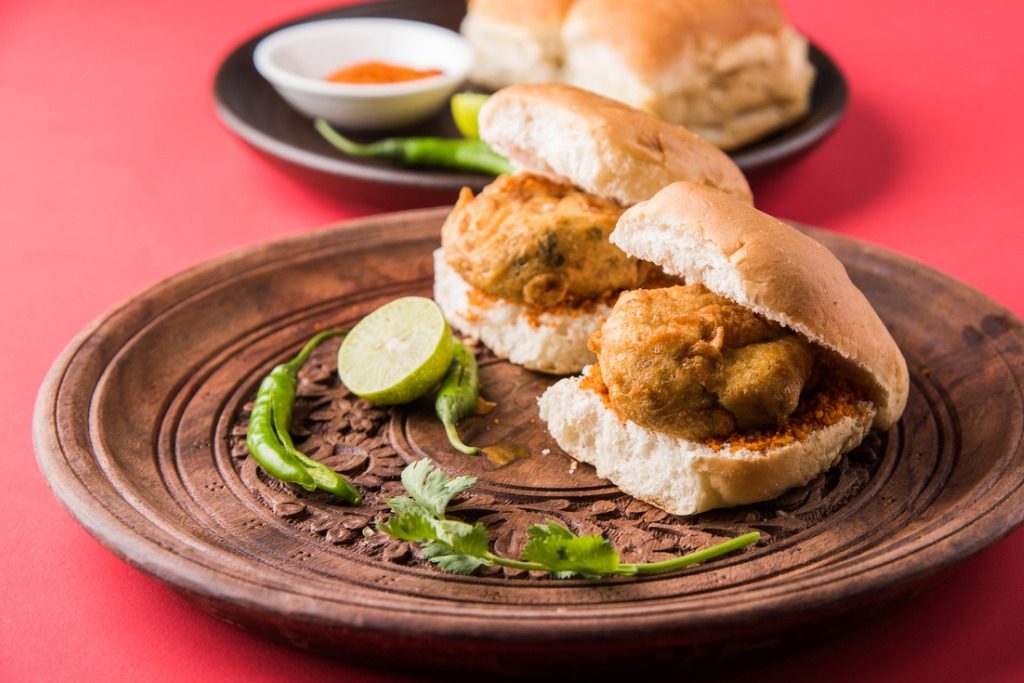 A Mumbai favourite, vada pav is essentially a bun or bread roll (pav) stuffed with a vada, or deep-fried potato dumpling. It is served with sweet and spicy chutneys, garlic powder, and fried chillies. There are over 50,000 vada pav stall in Mumbai to choose from!

Made from puffed rice and diced vegetables and mixed with tamarind sauce, bhel puri is an extremely popular street food in Mumbai. You can find it almost everywhere in the city, but some of the best bhel puri is available at Mumbai’s many beaches.

Mumbai is said to be the birthplace of the Frankie. These flatbread wraps are stuffed with a variety of fillings, such as vegetables, meat, and mashed potatoes. Tibb’s Frankies are said to be the most authentic. 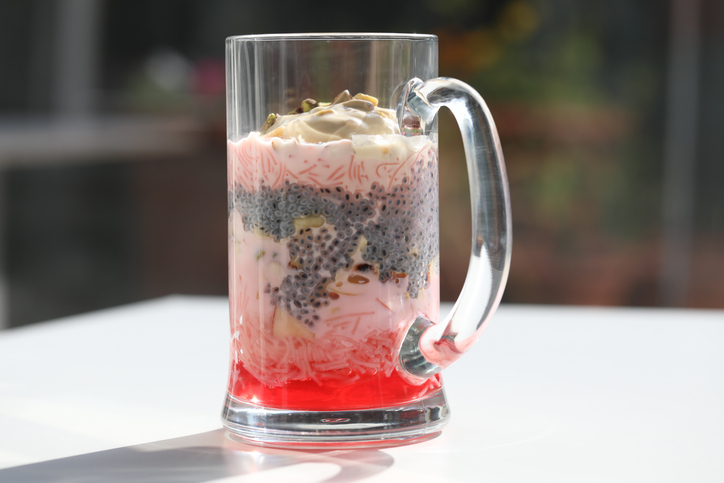 This delicious cold dessert consists of flavoured milk topped with vermicelli, tapioca, and chunks of gelatin. You might even find a scoop of ice cream in your glass. The traditional version of falooda is made with rose syrup. 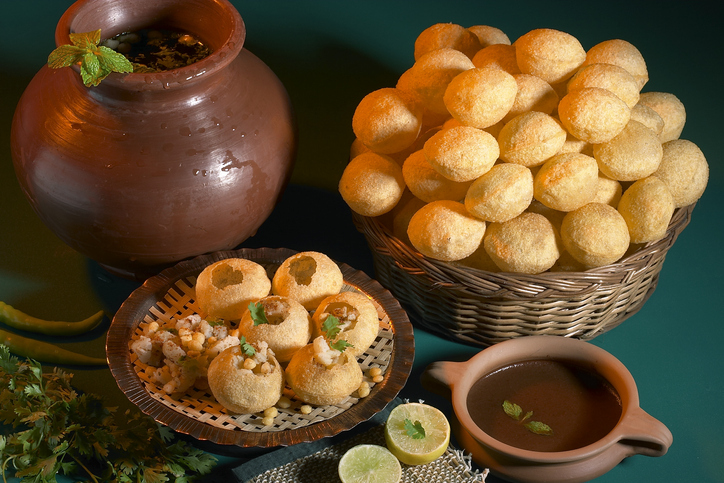 Found all over India, pan puri is a street snack where crisp hollow puris are filled with a mixture of diced potatoes and onions, or chickpeas. This is then dipped in flavoured water (pani), and eaten whole 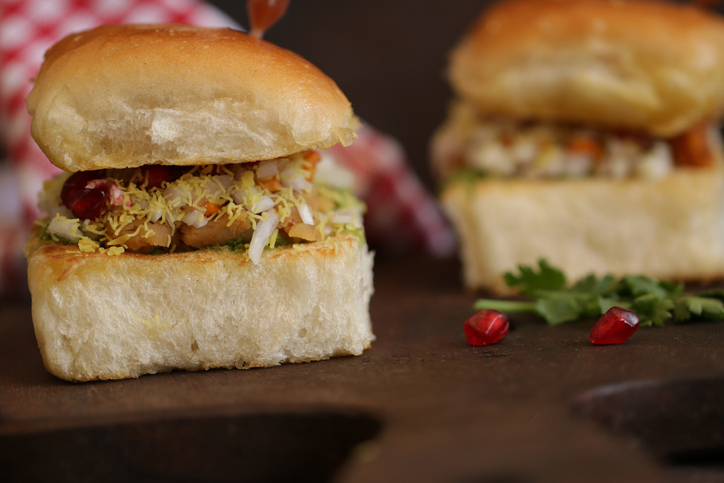 Very similar to the vada pav, dabelis are another delicious Mumbai street food. They are influenced by Gujarati fare and consist of pav stuffed with a mixture of mashed potato, peanuts, spices, and pomegranate seeds.

This dish consists of a preparation of ragda (a gravy made with peas and spices) and patties (or pattice as they are called here) that are made of mashed potatoes. This is then served with tamarind and green chutney. 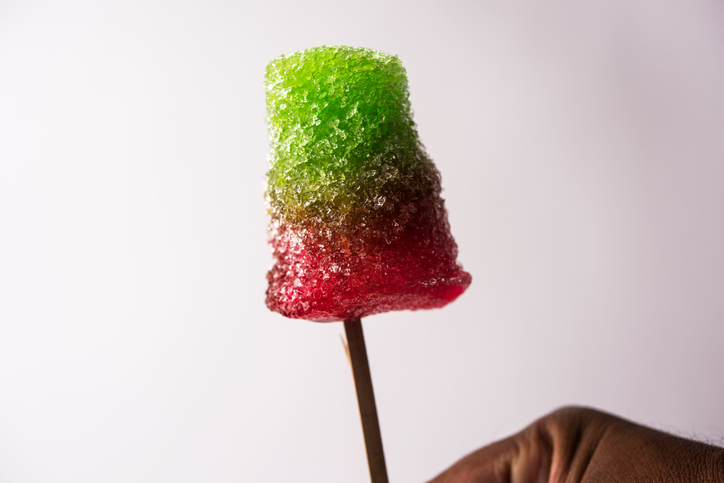 Golas, or snow cones, are made with of shaved or ground-up ice topped with different varieties of flavoured sugar syrup. This delicious dessert is a must-have in the summer. Just make sure that the water used is clean and safe to drink. 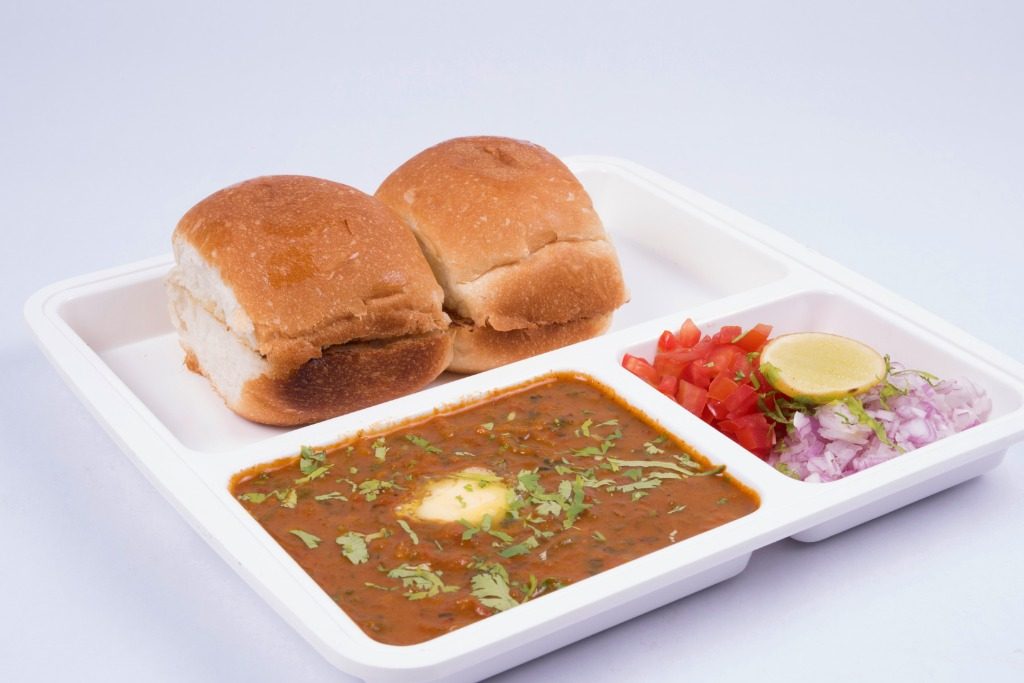 This is one of the most popular Maharashtrian snacks. a thick tomato-based vegetable gravy (bhaji) is served with bread rolls (pav), usually along with onions and a lemon wedge. A variation of this is kheema pav, where the bread is served with spiced mincemeat. 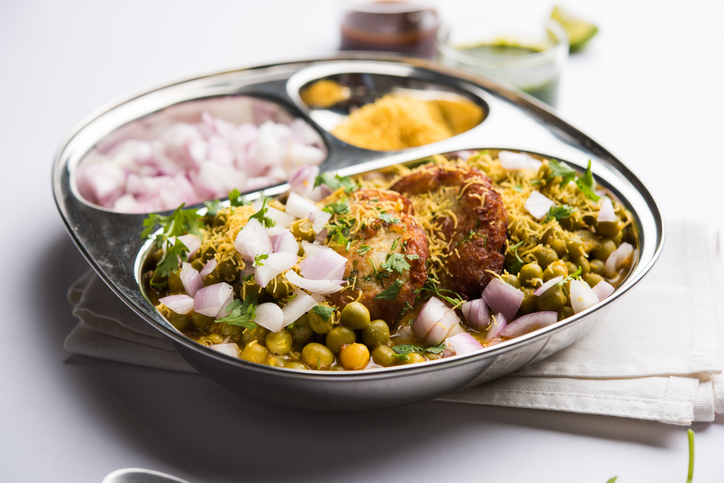 Mumbai’s sandwiches, better known as Bombay Sandwiches, are also extremely popular across the city. While there are lots of varieties, the most popular are filled with boiled potatoes, onion, cucumber, and mint chutney

These square-shaped fried snacks are essentially rotis studded with a patty of spiced meat, along with eggs and onions.

Have we missed any of your favourite dishes of street food in Mumbai? If so, do share them in the comments below.